Posted By Amy Spreeman on October 5, 2017 in Leaving the NAR Church
Share

I have received several additional “Leaving the NAR” testimonies since I wrapped up the series earlier this summer. These stories are precious to me, and serve as a painful reminder that there is hope for the dear deceived ones caught up in this insidious movement. In this series, I’ve been taking readers beyond the textbook What is the New Apostolic Reformation Movement explanation, into the personal experiences from those who have been there, and what happened when God opened their eyes to the truth.

Not all continuists are embracing this movement. (See, What is Continuationism?) Anthony is one of a few Pentecostal Christians who experienced NAR teachings and has been warning others about the NAR. And while I am not in that camp myself, I am encouraged that he is speaking out.

Here is Anthony’s story in his own words: 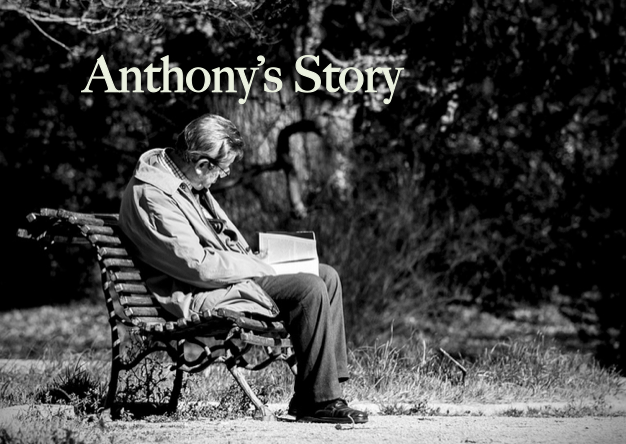 I am a lifelong member of the world’s largest Pentecostal denomination, the Assemblies of God.  My grandfather is an ordained A/G minister (he retired from pastoring when I was very young).  Even though I didn’t grow up in an NAR church, I was exposed to the NAR unknowingly as a child.

When I was growing up, the buzzword around the Pentecostal movement was “revival”.  The so-called Brownsville Revival was going on at the time.  I was 10 years old when it ended.  We ended up having Steve Hill come and speak at my church, and being 10 years old, I don’t remember much of what he said.  A few years later, we had  a woman by the name of Clarice Fluitt (I believe her husband is very high up in the NAR in Louisiana) come and speak and she told us a bizarre and likely either made up or exaggerated story about a miracle (I think it was someone being raised from the dead after having a heart attack).  We even had Tommy Tenney come and speak at our church, which should never have happened, as he is a Oneness Pentecostal, and Oneness Pentecostalism is heresy.

Things ended up getting really bizarre when we had a man from Australia come and preach by the name of Chris Harvey (he’s absolutely a part of the NAR).  The services were weird.  There was definitely something strange going on.  He come three or four times, I don’t really remember how many.

In 2008, the so-called Lakeland Outpouring happened and my pastor endorsed it.  I wasn’t aware of what was going at the time, but then I listened to an episode of Jimmy Swaggart’s wife’s program on the radio, and Jimmy Swaggart’s son, Donnie (through whose ministry I came to Christ), said what was going on was not of God, so I started doing my research and found out Donnie was correct.  Donnie also said what happened at Brownsville A/G was not of God as well, and I’ve come to the same conclusion.

Anyway, I have experienced the “Slain in the Spirit” phenomenon, even though it never happened with any uncontrollable shaking or convulsing, just someone putting their hand on my head and me leaning backward to the point I would fall over (that’s actually what happens most of the time in this “Slain in the Spirit” stuff).  Through my knowledge of Scripture, and sites such as deceptioninthechurch.com and others like it, I have stayed away from the NAR and I fully reject their teachings.

Many people believe the NAR is a part of Pentecostalism, but this belief is not true.  Classical Pentecostalism is in conflict with the NAR.

Even though I was not taught NAR doctrine growing up, there are many churches especially in the Pentecostal movement who are sympathetic to the teachings of the NAR or they have no clue what the New Apostolic Reformation is.  I believe the pastors I had growing up, especially the one before the one now, are a part of the latter group.  The pastors I’ve had even though they would have rejected NAR teachings, nonetheless, have had a serious lack of discernment.  I know of people in the church I go to who have ended up getting involved with Bethel Church.

It amazes me that many Pentecostal churches have accepted this teaching.  It makes me sad to see fellow Pentecostals go down this path.  As Pentecostals it is a struggle to make sure we stay Biblically grounded because our theology is so experiential, which is one reason why I believe so many Pentecostal churches have ended getting involved in this junk.  Officially, the Assemblies of God (my denomination) still condemns in the NAR in position papers, such as “Apostles and Prophets” and “End Times Revival-Spirit Led and Spirit-Controlled”.  Here’s a great quote from Systematic Theology:  Pentecostal Perspectives (also known as Pentecostal Theology:  Revised Edition) on the struggle of Pentecostals to remain faithful to the Bible in terms of our experiences “Pentecostals have struggled to balance biblical teaching with their religious experience.  Committed to the Reformation principle of biblical authority (“only Scripture”) as the standard for faith and practice, they have nonetheless experienced the temptation to elevated personal revelations and other spiritual manifestations to the same level”.  We must avoid putting experience over Scripture, but we must examine experience by Scripture.

Another thing which amazes is it’s primarily non Pentecostals and Charismatics who are speaking out against both the Word of Faith and New Apostolic Reformation.  Actually three of the biggest names in the Word of Faith movement are a two to four hour drive from where I live in Joel Osteen in Houston, T.D. Jakes in Dallas, and Kenneth Copeland, just outside of Ft. Worth.

In fact, the issue of the New Apostolic Reformation has pushed me to start working on getting my credentials for ministry in the Assemblies of God because I want to warn my fellow Pentecostals about this stuff (I’m planning on starting the process of getting my credentials in either December or January).  Hopefully, one day I’ll be able to speak in churches and warn other believers of this hideous error.

One last thing, it’s time for Pentecostals to get back to the old Pentecostal teachings of Jesus saves, Jesus heals, Jesus baptizes with the Holy Spirit, and He is our soon coming King!  Hallelujah!  Get back to the Word of God, and teach and preach it.

If anyone wants to know what Classical Pentecostalism teaches they need to read Knowing the Doctrines of the Bible by Meyer Pearlman, Bible Doctrines:  A Pentecostal Perspective by William W. Menzies and Stanley M. Horton, and Systematic Theology:  A Pentecostal Perspective (know on iTunes and Amazon Kindle as Systematic Theology:  Revised Edition) edited by Stanley M. Horton.  All three books are available on iBooks and Amazon Kindle.  Once someone reads those three books, they will see the NAR is in conflict with Pentecostalism.  I pray for the youth involved and I hope they get out before their faith is shipwrecked.

Women and False Teachers: Why Men Don’t Get It, and Why It’s Imperative That They Do
Oprah Magazine: God’s “in” Abortions?