“My leader whom I love and respect called me critical, judgmental, and condemning. He said I was too young and inexperienced, and that I was seeing only through my bias and biblical grid that I’d received at Bible school.”

Dean had become a victim of the most vile manipulation of truth. His leadership convinced him that he was disobedient to God Almighty and needed to repent for raising concerns about false teaching.

Here is Dean’s story in his own words: 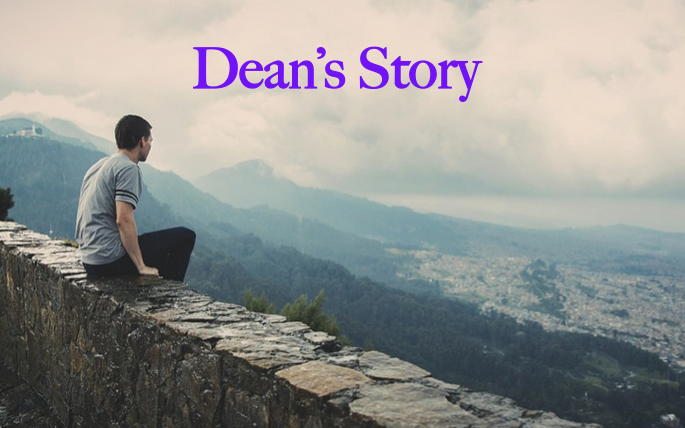 I was blindsided by the NAR. I was serving at a wonderful ministry as a full time missionary. I love my former coworkers like family but my leader started showing us video teachings centered on modern day apostles. I wasn’t agreeing at first but I didn’t think it was a big deal…that is until I heard that they believe they are the remnant and the rest of the church is ineffective and hopeless. That’s when my red flags started to fly.

I began researching the NAR and was blown away by what I was seeing. The whole movement rests on the giant claim that God Himself is restoring the offices of apostle and prophet and the entire body of Christ must submit to their authority or else miss out completely in the “new” move of God. If that claim is false, the entire movement crumbles.

I began to be so burdened. I searched the Scriptures and was further convinced that apostles of this nature aren’t for today. Rather I found many warnings about false apostles and prophets that do false signs and wonders. So after this I became convinced that I had no choice but to voice my concerns. I tried to but my leader whom I love and respect dominated the conversation, calling me critical, judgmental, and condemning. He said I was too young and inexperienced, and that I was seeing only through my bias and biblical grid that I’d received at Bible school.

I felt backed into a corner as I’m a terrible debater and hate confrontation. I was told that if I rejected the teachings, then I would be prideful and unteachable, and that I would be hardening my heart and closing myself off from what God was trying to do in me. After leaving that meeting I felt so afraid and manipulated. I was too stressed to eat for about three days. When I expressed my desire to leave the ministry, they said they were shocked and that my character was being revealed for its true nature (though I’d served faithfully for eight months without a single issue). I broke down and wept under the pressure and apologized for researching. They thought I was experiencing breakthrough.

I left that second meeting feeling more oppressed than before, because I’d caved to pressure when I had made up my mind to leave. I had to have my father come and sit with me for the third meeting. I had asked him to come but my leaders told me I was being tested: Stay here and obey God, or run home to your parents and break your vows to God and us. Finally in the last meeting I made it clear I was leaving and it helped having dad by my side. My leader told me I was making a very dangerous decision and posted a verse on Facebook about pride that I knew was intended for me. I was so broken because I was put in such a position with the folks I trusted and loved. I still love them.

For weeks I wrestled with their voices in my head. I felt so guilty, because we were a small ministry and I was valuable to the team. But when I re-examine the Word I can’t find a way to impute guilt to myself. I had no other choice. Either remain and embrace the apostolic paradigm or leave the group. I would not have been allowed to openly oppose the teachings while being there.  All the blame of sin was laid at my feet and I dealt with a kind of PTSD.

I re-lived the stress of those moments so many times. If not for the books of Holly Pivec and the podcasts of Michael Boehm on the NAR I’d still be in a downward spiral of guilt and shame. The more research I do the scarier this movement becomes and I’m so thankful God pulled me out before the seed of deception germinated in me. Now I pray for my dear friends in the movement and trust God to expose it to them.

I praise God that we don’t need their “new revelation” and we don’t have to take over the earth for Jesus…He will do a great job of that on the day of the Lord!  He’s Sovereign! He’s faithful! He’s true!

I have peace now and I can resume seeking Jesus Christ without feeling like I’m under the curse of today’s apostles and prophets.

It is not ‘character assassination’ for the church to be the church
Furtick joins Rod Parsley’s 2017 N.A.R. “Dominion Camp”