Posted By Amy Spreeman on January 19, 2017 in Leaving the NAR Church
Share

“I saw myself as a far superior Christian! I belonged to a church that was restoring prophets and apostles, and was right on the cutting edge of what God was doing on the Earth.”

Jessie was fully steeped in the NAR (New Apostolic Reformation) movement without realizing it.

Today she tells her story to expose for what it is: An anti-biblical counterfeit that sounds almost like biblical Christianity.

This is Jessie’s story in her own words: 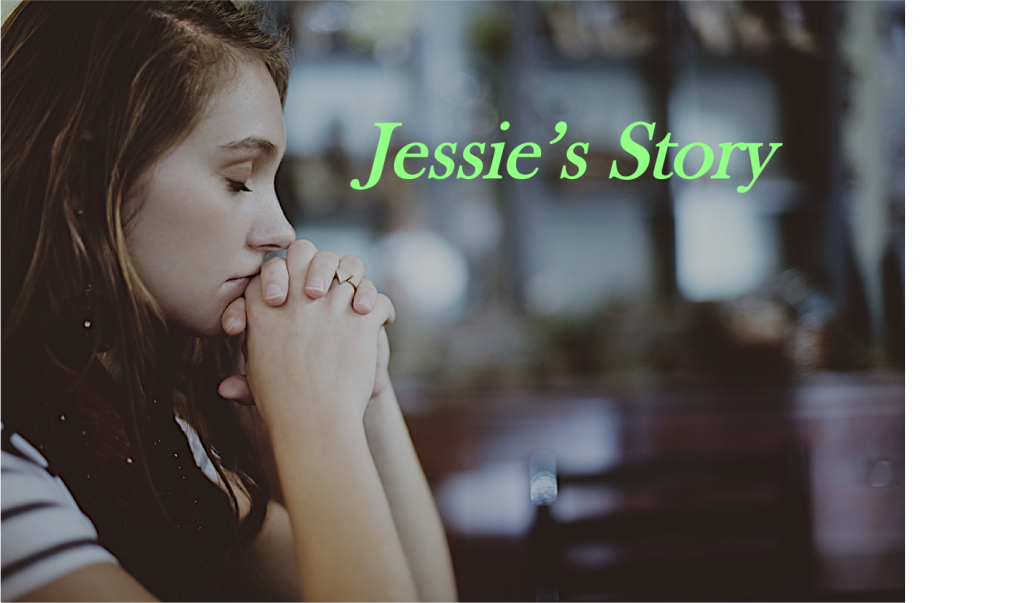 I had no idea that I was in the NAR (New Apostolic Reformation), or part of the Word of Faith movement. I didn’t even know those terms existed. I simply went to the church that I found most exciting, cutting edge and challenging. I had been saved out of the occult and so I was aware of the spirit world. When the Toronto blessing began I was right in there too.

However, over the past three years (and I have been saved for thirty) my eyes have been opened. It began when I took a part time theology course and began to study the word and church history for myself. Of course I had studied Scripture before but it was always with NAR glasses on but, now, those are well and truly off.

The church that I belonged to was a good church before the influence of Benny Hinn’s brother and other “apostles”.   After their visits we began to call those in leadership “pastor” and we did not dare “touch God’s anointed”. We heard stories of how those who criticized the leader died shortly afterwards.

In meetings we were told there should be no talking, or even going out to the toilet, as this would grieve the Holy Spirit and spoil the anointing. Worship began to dominate our meetings with the worship team instructed to take us into God’s presence. If we failed to do this, it was our fault and the meeting was obviously ruined. There was a lot of “pushing through” in loud tongues and shouting, as we had to get past our flesh and into the spirit. Prayer became much louder and full of warfare. Personally I learned how to travail in the spirit with groans, etc., and saw this as a far superior way of praying. In fact, I saw myself as a far superior Christian generally! I belonged to a church that was restoring prophets and apostles and was right on the cutting edge of what God was doing on the Earth.

We were a people of the Word! We spoke truth for fear that if we spoke anything less we would bring a curse on ourselves. We denied physical and emotional pains, and as a result, a lot of issues got hidden under the carpet. I found that I would often be a truth-declaring, spirit-fighting prophetic woman in the meetings. Then, alone in my car, I would cry all the way home. I felt so lonely. Nobody knew the “real” me.

So, when somebody DID want to know the “real me,” the door was opened into a relationship that ruined my life for years. The pastors’ wife believed that God had given her a special love for me. She told me she could see my hurt and that God wanted to heal it. Well, she was God’s anointed, so I trusted her.

Our relationship grew more and more intimate. She would justify it all saying that she was showing me God’s love, and any hesitation on my part was interpreted as either “listening to the enemy,” or not trusting God’s love. I became confused because when I was with her I believed everything she said, but when I walked away I would begin to question what was going on.

We went to a conference together and shared a room and a bed. Although nothing sexual happened, the level of intimacy was high as we held each other and opened up our hearts. She told me that all believers should know this level of love. But when I suggested telling others, she would have none of it.

How did I let things get this bad? I trusted that she was God’s anointed leader and that she knew better than me. However, I was also needy, and the issues in my life made me a sitting duck. Of course we were not allowed to have issues, as we were all perfected in Christ. Ha ha!!

Then someone gave me a booklet on co-dependency, and my eyes were opened. I immediately told her that we had to stop our contact for a month at least. I gave her the booklet to read but she refused it. I prayed that her eyes would be opened and that she would see what was wrong. She only said that if it helped me, she would do it. She became cold and distant, refusing to speak to me in public or private. When confronted with the depth of our relationship she strongly denied it, saying that I was making it up and that I needed psychiatric help. I was gutted. In the end I told her husband (the pastor), that I would have to leave the church until I was strong enough to cope with the situation.

As soon as I left, the pastor told the church that God had called me elsewhere and he told people not to contact me. And so they continued in leadership for several more years with nobody challenging God’s anointed, or saying anything negative. Not an easy time for me at all!

From the same church, at an earlier time, the influence of another NAR leader was felt, one who was instrumental in raising up the prophets. We got very into prophecy seeing every action or word as God speaking. The pastors at that time got closely involved with a prophetess who took them under her wing, seeing their “prophetic calling”.

After a year of conflict with the existing leadership this couple were asked to step down. As soon as they did they went and started a new church under the “covering “ of this prophetess. Nearly half the church left with them. I was one of them. They asked me to be their worship leader and told me that if I stayed at my current church, I would die spiritually.

I joined them for a year and it was madness in the name of Christianity. We felt so blessed because “the spirit moved” on a regular basis. It was full-on Toronto blessing time. I sometimes fell under the power of the spirit whilst leading worship. We would only have to touch one another to spread the “fire”. However I now believe that this was the Kundalini spirit – it was not the Holy Spirit.

It has taken me three years to come to the point of being able to say this, because my fear of committing the unpardonable sin is so strong. How can you call what is the Holy Spirit of the devil?   Well, they said it was the Holy Spirit and, judging by its fruit, it certainly was not.

I left after a year, and was told that I was walking out of God’s blessings and into curse. They were wrong. That church continued for another seven years and finally the pastor and his wife were exposed for financial fraud. They left a trail of broken hearts and lives behind them and disappeared.

Then there was the influence of Bethel Church. I returned to this church when it came under new leadership. It felt like a return from exile, and I was very happy to come “home”. We heard about what was happening in Redding, California, and our new pastors were sent out there to find out what was going on and “to bring it back”. For two weeks on their return we had nightly meetings to receive the anointing. Back to falling in the spirit and back, quite likely, to Kundalini. We attended their conferences in the UK and I found in Bethel the seeming answer to church. Here at last was a great church I could trust! I loved the teaching of Kris Vallotton in particular, although I found Bill Johnson went over my head.

I did the Sozo training course and wanted to be involved with that. I was full on for Bethel and wanted nothing more than to go the Bethel School of Supernatural Ministry. How wrong I was.

The questioning started before I did the theology course. I had a couple of very intense experiences during a Sozo session. One of the women taking me through it told me that I had a part of me that needed sending to Heaven. I was sobbing at the time so I didn’t have the sense to argue as I was so caught up in a supposed “memory”. However, I challenged her later, especially on realizing that the memory simply could NOT have happened. I asked her on what scriptural basis do we send parts ahead of us to heaven? She shrugged and said, “What else do you do with them?” I was furious. You cannot go messing with people’s heads like that.

Then there was Bill Johnson’s support of Todd Bentley. I mean, what discernment does he have? We had a team from Bethel over the weekend and they stayed some time at my home. They were lovely – and that is part of their attraction: they are lovely people. However I saw the way some of my friends were acting, and it was nothing short of idolatry. That set alarm bells ringing. I already knew how wrong it was to put any person ahead of God in your life.

I listened to one of the “preachings” about how we are princesses and princes and, honestly, I could have thrown up. That was when I began to search out the Scriptures for myself. And I took a theology course.

It has taken three years to come to terms with what I have found. Bethel operates in a different spirit to that of Jesus Christ in the Bible. What Bethel promotes sounds so good! I want to believe their gospel as it is far more politically correct. But it misses the whole concept of sin and repentance, let alone the total depravity of man. People love to be told that God loves them and has a great plan for their lives. Just listen to Paul Washer if you want a sharp contrast. Jesus Christ was NEVER politically correct, and suffered for it. No suffering for Bethel because they gloss over those awkward bits of the gospel.

Anyway, I have found this a lonely road, as I have had to leave friends behind. But now I see what the NAR is, and that Bethel is part of it. I cannot go back, even though I have sometimes wanted to because it is a much easier road and the music is good! No, I choose to follow Jesus on the narrow way, to sacrifice all to follow him if necessary and to stick to the true Gospel, and not the sugary, watered-down, man-centered version presented elsewhere.