Posted By Amy Spreeman on August 20, 2020 in Discernment
Share

There’s a rad new Bible devotional in the hood, a whole new reimagining of God’s Word, and it goes a little something like this: 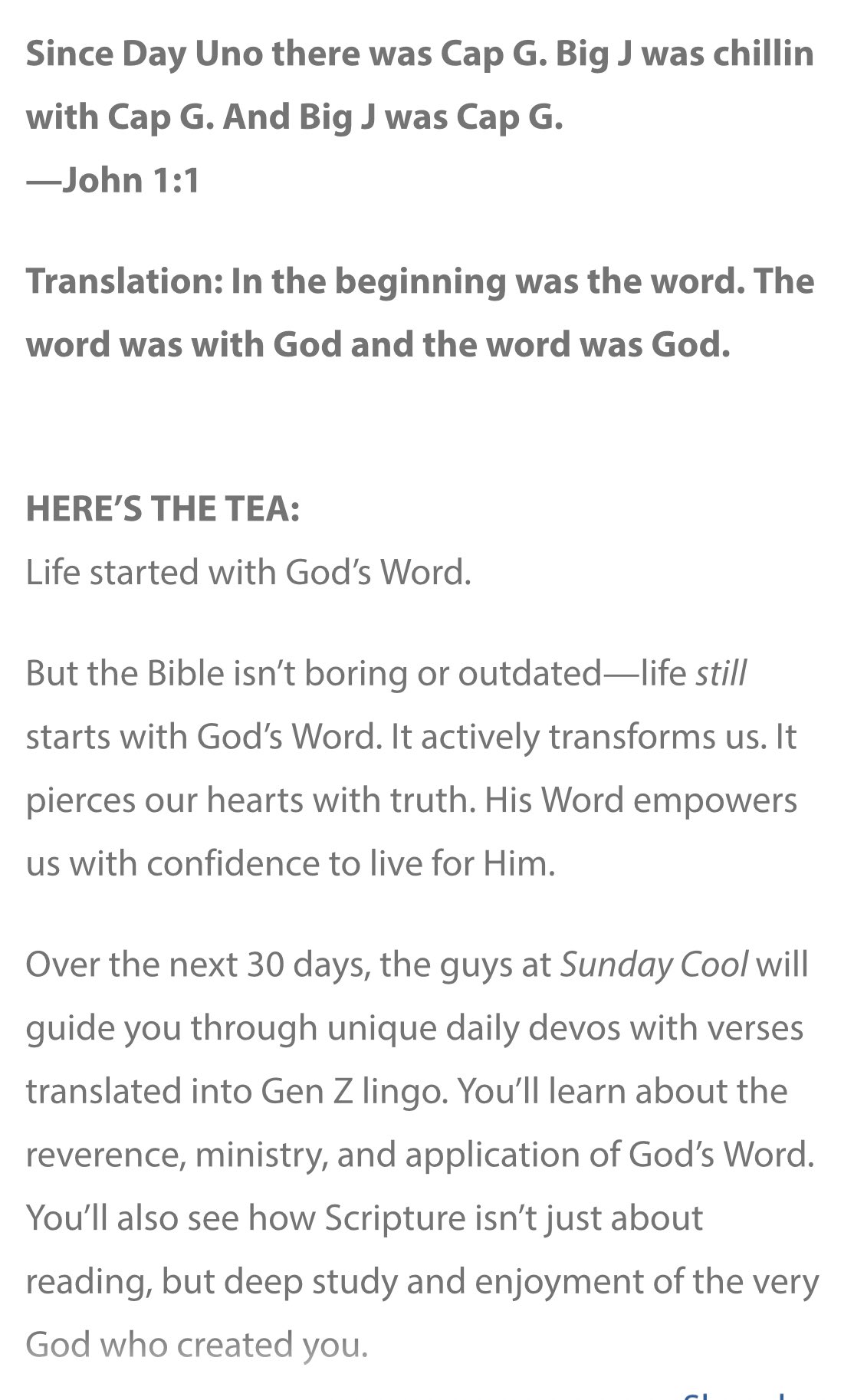 Sunday Cool, a T-shirt screen printing company founded in 2016, has partnered with LifeWay to write a “devo” (which is GenZ language for devotional, because saying three whole syllables is exhausting). Or as they put it in the video below, a devo is “a fancy book about Jesus and stuff.”

Sunday Cool’s YouTube video channel is incredibly popular, and includes one of their most-watched creations with more than 2 million views:

The problem is, young people are not learning God’s Word. They’re not memorizing it and they’re not meditating on it. And shame on churches allowing their youth ministries to dumb down the Good News.

Putting the Scriptures in street language gets us no closer to the goal of discipling the next generation. Reinventing our Holy and magnificent King of Kings and creator of the universe to sound gangsta is just more of the same goat herding we’ve always seen from hired hands; using worldly tricks to attract carnal people is about as far from biblical Christianity as one can get. 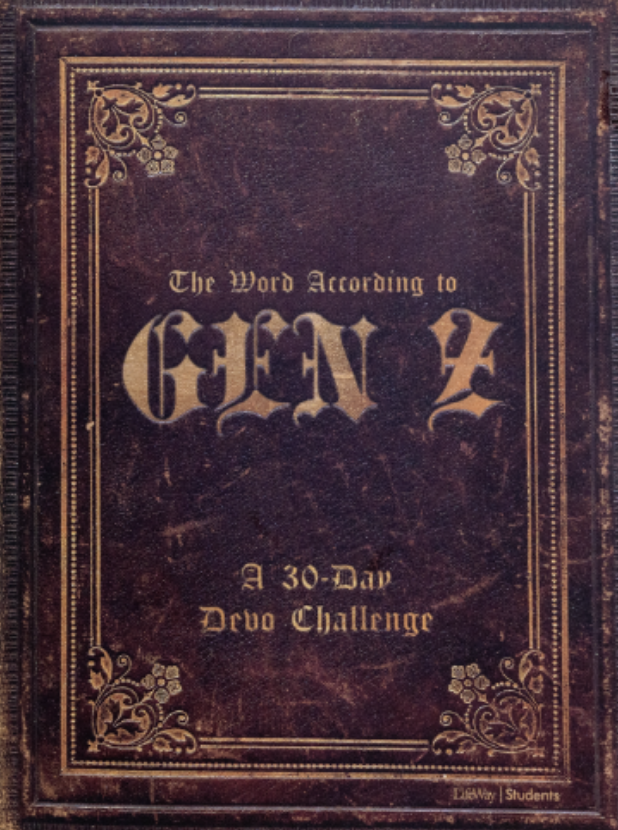 LifeWay (Publisher of some of the most heretical books and authors in modern history) of course, claims to want to reach Generation Z. Born approximately between 1993 and 2012, “Generation Z is the first truly post-Christian generation, and they are poised to challenge every church to rethink its role in light of a rapidly changing culture,” LifeWay’s editors say in their summary of Meet Generation Z: Understanding and Reaching the New Post-Christian World.

Generation Z’s oldest “kids” are 25. They were adults seven years ago. Yet they are regarded by LifeWay and Sunday Cool as imbeciles still living in their parents’ basements, failing to launch as productive members of society or seasoned veterans of God’s Word.

They never will be as long as they think “Big J is Chillin.”

Update: within an hour after posting this, article, I was informed LifeWay would pull this book: 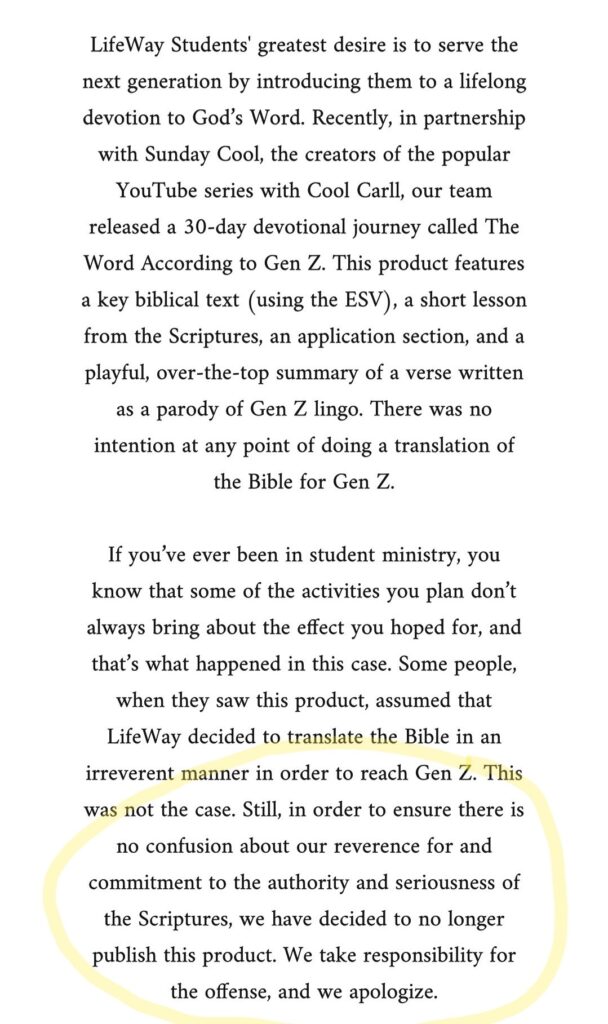 John Ortberg hid son’s identity in investigation, other “son” says
Christians and Halloween: Where do you land?