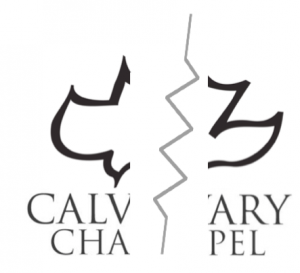 The Calvary Chapel fracture was bound to happen, and now it appears Costa Mesa senior pastor Brian Brodersen is leading that split, calling for “like-minded” pastors to stand with him.

Over the weekend Brodersen quit his leadership position at the Calvary Chapel Association, and  announced he is establishing a new Calvary Chapel Global Network. This network, he says, will be a place for pastors on his side of the split “be a part of something greater than our own local congregations.”

In a letter dated November 6 to all Calvary Chapel pastors, Brodersen made his intentions clear that he no longer wishes to cooperate with other CC leaders who have raised red flags of concern over Brodersen’s significant departure from CC’s doctrinal distinctives:

The prophet Amos asked the question: “Can two people walk together without agreeing on the direction?” The implied answer is, no, they can’t.

For the past three years and more, a group of men known to you as the CCA Council have sought to lead Calvary Chapel into the future. For some in the group, there has always been the question of whether this was even possible. All of us grew up and learned much of what we know about ministry under the leadership of Pastor Chuck Smith. We were all pastors of our own churches and leaders over our own ministries, and all of us were, and still are, fiercely independent.

Our common bond, apart from our relationship with Jesus, was Pastor Chuck. When the Lord took him home, we all agreed that we would try to work together and collectively lead the ministry of Calvary Chapel. After three years of attempting to do that, we find ourselves, at least from my point of view, at an impasse. We are not agreed on the direction that the ministry is to go. Some want to, in my opinion, dwell in the past. Some want to move ahead into the future, being thankful for our past but not bound to it or feeling a need to continually revisit it.

Doctrinally we are all in agreement with a few minor differences on a few secondary issues. No one has, in any way, deviated from historic biblical doctrine, or from what might be called Calvary’s core values or from what we know as the Calvary Distinctives. Our areas of disagreement are NOT theological or doctrinal; they are more methodological and practical, yet they are real disagreements. These disagreements have not only hindered us from moving forward in the work of the kingdom of Christ, they have created confusion, contention, and some division within the body of Christ.

It is for these reasons that I have decided to resign my position as a member of the CCA Council. I do believe that this is the best way forward for us all. I maintain a love and close friendship with many of the CCA Council members and trust that we will continue, in many ways, to co-labor together for the kingdom. To some degree, this comes down to a difference of vision. The goal is the same—the glory of Christ and the furtherance of His kingdom on earth. But we differ on how we accomplish that goal.

So although I have resigned from CCA, I will continue to lead, as I believe the Lord has called me to do. I will continue to pastor Calvary Chapel Costa Mesa, and will also put on our annual Pastors and Leaders Conference, as well as other conferences both at home and abroad throughout the year. We will also continue to provide content and ministry resources through CalvaryChapel.com, as well as keeping our church locator database up for those who share our vision and want to be connected with what the Lord has done and continues to do through CCCM.

Finally, in the days ahead, because we feel a strong call to continue church planting and helping both existing ministries and those that will come along in the future, we will be establishing the Calvary Chapel Global Network, which will be a place for like-minded pastors to enjoy fellowship and be a part of something greater than our own local congregations.

Having said all that, let me make this perfectly clear: this is NOT a call to “choose sides”. There are no sides. I fully expect that there will be freedom to connect with CCCM, Calvary Chapel Global Network, and at the same time, be a part of CCA. For my part, I look forward to both the freedom that this decision brings as well as the ongoing fellowship and ministry partnership with many of the CCA Council members and many of the churches that are part of the Calvary Chapel Association.

I do believe that our best days are ahead of us, and I pray God will grant us mercy and pour His Spirit upon us as we labor for Him, awaiting that blessed hope, the glorious appearing of our great God and Savior, Jesus Christ.

Let me close with these words from Pastor Chuck:

“Calvary Chapel started as a movement that was truly a fresh work, outside the scope of most other churches that were around at the time. God wanted to do a fresh work, so He created a new skin to pour His Spirit into, and we got to see His blessings. But if the Lord tarries, and He takes me home before the rapture, I hope no one tries to institutionalize what God has done at Calvary Chapel. I don’t want anyone going around saying, ‘When Chuck was here,’ and ‘This is the way Chuck did it.’ May God help us not to get rigid. I want to stay flexible and open. I want to see a continual movement of the Spirit of God; so I need to stay supple, flexible, and pliable. If we create a religious system, with rigid controls and traditions, then God will have to once again go outside of us in order to do a new work of His Spirit.”

Keep in mind that two weeks ago Brodersen insulted Pastor Chuck Smith, his father-in-law and founder of the Calvary Chapel movement:

“You know the last 10 years of pastor Chuck’s life in ministry, um, probably almost every sermon on a Sunday was seriously a doom and a gloom message and it was basically the world’s going to hell but the Lord’s coming so just you know buckle your seat belt, hold on and we’re all gonna be out of here. And so once a month I would preach and I would literally get up and try to counter what was happening for the other 3 weeks…”

(Read more in, Calvary Chapel’s Brian Brodersen instructs pastors to “Tone it down” for youth.)

The questions that remain: Who will stand with Brodersen in this split? And whom will Brodersen team up with outside of Calvary Pastor in this unified Global Network?

For more on the backstory of what is happening in the CC split, check out Roger Oakland’s new piece: “The Calvary Chapel Movement and the Sinking of the Titanic“, and also Mark Jefferies’ article and video, “Calvary Chapel’s Brian Brodersen: His Influence and control”.

Two divorce cases: Summer White and Melissa Moore
Without Apology: 7 Reasons Not to Be Ashamed of the Hard Parts of the Gospel