Posted By Amy Spreeman on February 13, 2017 in Discernment, Leaving the NAR Church
Share

“I gathered her up in my arms and went forward, excited and hopeful that my little grandchild was going to receive a MIRACLE. I really believed, in that moment, that this fellow actually had some kind of special anointing that would assure that the baby would get healed.”

Ever been promised a special “Word from the Lord,” during a revival conference? Or an immediate healing by someone commanding that God cooperate?  That’s what Tom experienced seven years ago in Canada.  Tom’s experience with some big-name New Apostolic Reformation celebrates gave him a unique window into how these so-called miracles work.

This is Tom’s story in his own words: 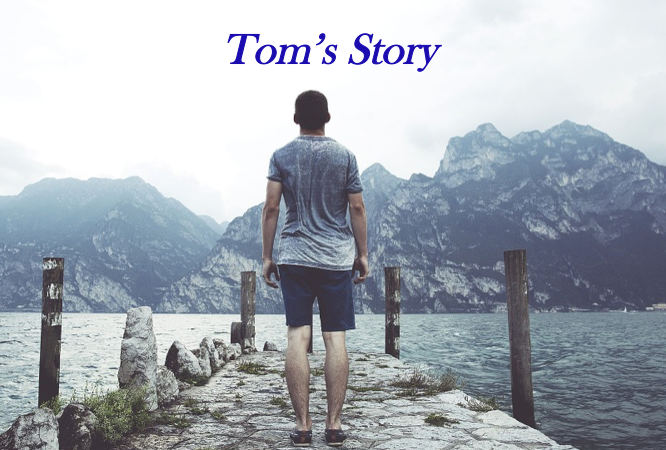 Sometime in around 2007, I had an interesting and telling encounter with New Apostolic Reformation forerunner, Che Ahn, the leader of HIM (Harvest International Ministries.) I was travelling with a team from Harvest Ministries International (KHMI) from Kitimat, BC, Canada and we were leading worship at a conference. Guest speakers included Bill Johnson, James Goll and Che Ahn all in the same room with anointed worship leaders like Brian Johnson, Keith & Sanna Luker, Heather Clark, and “prophetess” Stacey Campbell.

We had just finished a grueling set of intense worship and the crowd was pumped with expectation because of the mood we had created with our music. We were very manipulative that way and I still sense a need to repent of that.  We were taught that we could actually create an atmosphere that made it easier for God to move amongst us…and I believed it.

Anyways, Che Ahn had taken to the stage and had begun calling out “words of knowledge” like, “I sense that there’s a woman in the room who has or has had some kind of an “issue of the skin” who is experiencing a miracle right now.” The crowd was responding well and sure enough, some starry-eyed woman came bouncing up to the front, shaking her head and making “the drunk face” to claim that she had a scar that had disappeared. At that point she pulled up her shirt sleeve to reveal that she indeed, did not have a scar there.

Another woman came to tell of how a bad tattoo had been miraculously fixed. She said that it used to have a “bad word” in it but that God had covered up the bad word with His love, and sure enough, she revealed to us all a tattoo with no bad words in it. No one around me seemed to know who these young women were and, of course, we had no way of knowing if there ever was anything actually wrong with them in the first place. I did not ask. I didn’t want to be seen as someone trying to cause doubt.

Interestingly, at an early session the day before, an old woman had responded to the altar call given by Bill Johnson or James Goll. When this woman got to the microphone she told of how she longed to dance with her husband but that she was inhibited from doing so because of crippling, arthritic pain and dependence upon the walker that she was using. An evangelist prayed for her in a very gregarious fashion and then declared, no…he COMMANDED, that God was going to give her new legs.

Later that night, I saw the old woman dancing with her husband. I was sitting near the back of the room and I turned to the person beside me and exclaimed how awesome it was to see this woman dancing. The person beside me happened to be a member of the church that the conference was being held at and I was a little taken aback when she said, “Oh, that’s Elsie. (not her real name) She gets healed at all these conferences. I kind of chuckled and filed that information away in my head somewhere next to the place where I had filed knowledge of other people who knew had lied in order to draw attention to themselves or to try and fit in with the “faithful and anointed ones”. There are certain people who just seem too frail to expose. You get the feeling that if you called them out on something like that, they might lose their faith in God and fake an attempt to commit suicide or something.

Anyway, back to Che Ahn, he had just said, “Now God is doing miracles for little children with skin issues. Which leaves it pretty wide open here in British Columbia where at any given moment many kids will have some kind of rash, bug bite or allergy. Che continued, “Everyone who has a child with a skin issue is going to receive a miracle. Come for prayer.” Well, it just so happened that my 2 year-old granddaughter was with us and she had come down with a case of “slap-cheek”, AKA; 5th disease, which is like measles or mumps, etc. So, I took her up to the front with all the others who were coming forward for prayer.

I waited patiently for almost an hour and a half as he blabbered on about all the miracles he’d seen in other places at some other time. Mikenzie, my granddaughter, was very impatient and making quite a scene, which can be expected from a 2 year old. Che could easily have ended the fuss by simply laying hands on the child and praying for her, but for some reason, he just wouldn’t do it. In fact, he actually seemed to be avoiding her…and me. Looking back on it now, I think it was because her rash was quite visible and he didn’t really have any faith to believe that a “miracle” was going to happen right then and there and THAT was going to make him look bad.

Che made us wait…and wait. He was hoping we’d give up, but we stayed. Finally, he sort of gave “the nod” to the usher to let us approach him. I gathered Mikenzie up in my arms and went forward, excited and hopeful that my little grandchild was going to receive a MIRACLE. But when I got there, Che covered the microphone and whispered to me, “Do you have a testimony?” I replied in the calmest, friendliest voice I could muster, “Not yet, but as soon as you pray for the baby and she is healed, I will.” And I meant it too. I really believed, in that moment, that this Che Ahn fellow actually had some kind of special anointing that would assure that the baby would get healed.

I was quickly snapped back into reality however, when he said, still whispering with the microphone covered,  “We’re not praying for the sick right now, we’re taking testimonies.” Well, at that I was a little angry actually, but I had to check that emotion. He had been praying for all kinds of people who were coming forward with complaints of maladies that were not visible. Honestly, it was all I could do to not announce to the crowd what he’d whispered to me. But again, I didn’t do or say anything. I just went and sat back down.

For some people who are very close to me, this conference and the whole scene (I fear), was enough to actually cause them to lose their faith all together. Some of these people no longer follow any sort of “ministry” now and some don’t even go to a church. This is something that is very troubling to me. To think that I might have been a part of something that may have caused people I love, people in my own family, to lose their faith in Jesus Christ is more than troubling actually. It weighs heavily upon my heart and deeply saddens me. But I know Jesus has these people in His book and that they will not give up on Him…or rather, He will not give up on them.

Later that evening, as we were filing onto the bus to head to our hotel rooms, I tried to express my concern to the bus driver, who was, and still is (as far as I know) an elder in the Harvest Church, but he flat out told me he didn’t want to discuss this in front of the rest of the “team” lest their faith was challenged or we caused them to doubt. So, I left it at that but this incident was one of the events that culminated in causing me to leave the NAR movement all together.

If you are “sitting under” Che Ahn”s ministry, (or any of these NAR guys), I strongly encourage you to check them out very closely as a good Berean would. Ask to see documentation from doctors and dentists about all the miracles they claim to their ministries’ credit. But…beware. Because if you ask too many questions, you will be put out of the circle and labeled a “back-slider” or worse, a “divisive” one…which would actually be the best thing for you. You need to get away from these movements and simply believe the GOSPEL.

My friends, if you are a Christian, please know that THE GOSPEL is not that Jesus Christ suffered a horribly painful death and then was resurrected so that you could have your sicknesses, hurts, habits and hang-ups taken away in this life to activate your best and most purpose-driven life now. The GOSPEL is very simple. You (and I) are born in sin and are incapable of living up to God’s LAW but JESUS, who is perfect was able to live up to that law and in so doing, was able to provide a perfect sacrifice to God the Father and thereby became our righteousness, our sanctification and our justification before a God whose judgment is perfect in justifiable wrath. But because of this perfect sacrifice, God exercises His MERCY by not giving us the punishment we deserve and His GRACE by giving us the blessing we don”t deserve. If you are going to Church and attending Christian conferences with the idea that you are going to be blessed by God with special favour in this life now because of the “goodness” you have managed to scrape together or because you are able to give money, you are sadly mistaken. The abundant life that is promised because of Jesus Christ’s sacrifice refers to the eternal life that our spirits enjoy in the presence of God, in Heaven. Rejoice for He is Risen…He is Risen indeed.