Posted By Amy Spreeman on June 2, 2017 in Leaving the NAR Church
Share

“It was our Christmas Service that year, and it was promised to be “an event for everyone”, so no child care.  They opened worship with Hell’s Bells by AC/DC.  Yeah, the full song with lyrics posted, and an R-rated video to go with it.   We had five guests, and four of them walked out before the song was over.  About a fourth of the audience walked out with them.”

And then the pastor lied and told Robert that he was the only one who ever expressed concern. Robert has allowed me to include his story in this series about a movement called the New Apostolic Reformation, or NAR for short. In this series, I want to take readers beyond the textbook What is the New Apostolic Reformation Movement explanation, into the personal experiences from those who have been there, and what happened when God opened their eyes to the truth.

Here is Robert’s story in his own words: 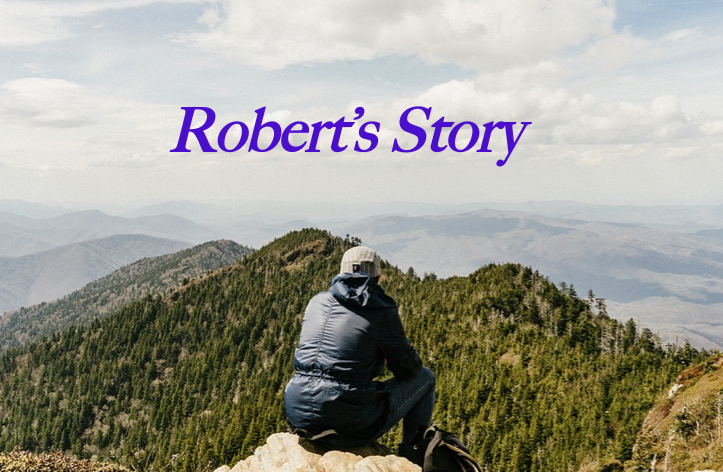 I want to Thank you for what you do.  As I read many of the letters of people’s experiences with the NAR, I see some similarities in all of them that parallel with mine.

I grew up in the Methodist Church, but our family was heavily influenced by people from the Pentecostal and Word Faith movement.  We were particularly influenced by a Prophetess from a neighboring town that my aunt (my mom’s sister), was friends with.  After I got saved, I would go there a lot and listen intently to her story of how she was “healed” of cancer while she was admitted to the hospital as she watched an Oral Roberts broadcast.  (That is something I now question because she was in the hospital being “treated” for cancer.  Hmmm.)

I was saved as a teenager, and started speaking in tongues two months later. I went to college at Oral Roberts University when I graduated high school.  You can imagine what I saw there.  ORU (Tulsa, OK), was the “hub” of the Word of Faith world at the time.  I saw various leaders grace the stage such as Marilyn Hickey, Billy Joe Daugherty, Ron Luc, and Oral Roberts himself, the prophet sent from God Himself.

I remember how they had the “God’s vision to Oral” painted on the back wall of the chapel in big letters for everyone to read–and read it we would.  About once a month they would have us turn around and read the “Word of God” (Oral’s Word), off that wall.  So yes, the word of the Prophet (Oral) was on par with God himself.  (Never mind that three years earlier was the big “$8 million or God is going to take me home” scandal.)

I can’t remember everything, but I was in awe with the massive slayings in the spirit, the words of knowledge, the prophecy, the long musical productions, the emotional stir, the healings, the love and care, the dancing in the aisles, and the “Holy Ghost Trains” (or whatever we called them).  They never once pointed me to Scripture, unless is was to prop up a point they were making.  Nevertheless, life was good, and being a young Christian, I was sucking everything down whole.

The second year is when the questions came and when I decided to leave.  The two biggest questions were during separate “healing” services.  I was “all in” per say, but after these two events I was called to help people that hadn’t really been healed.  The first had supposedly been healed then afterward we had to search for her glasses as the guy had thrown them across the room (and she had not been healed).

The second was a Benny Hinn event where I had to help a wheelchair-bound lady back in her car because they blocked her from going up to the stage.  These two events were the “tip of the iceberg” among many unanswered questions.  And never mind asking questions because, ”Thou shalt not touch God’s anointed!”

I left ORU thinking it was just a bad apple in the box.  So, undaunted, I still sought out more of the same.  Just maybe toned down a little bit.  I found that in a local church that was Word Faith and later shifted to full blown NAR.  During its continual evolution it became a mega, multi-site, vision casting, seeker friendly, church 3.0, or as I like to call it, an “Entertainment Church”.  The awesome lights, the incredible band, the cool video productions, and complete with the hip rock star pastor.  They had “the complete package”.  I met my wife there and we went there off and on for 17 years.  The last time we came back, I came back for good.  This time I was going to get it right.  This time I was dedicated.  This time I wasn’t going to miss the vision God had for me.  This time I was going to see it through.

Then it all came crashing down in a single night.

It was our Christmas Service that year, and it was promised to be “an event for everyone”, so no child care.  They opened worship with Hell’s Bells by AC/DC.  Yeah, the full song with lyrics posted, and an R-rated video to go with it.   We had five guests, and four of them walked out before the song was over.  About a fourth of the audience walked out with them.  It was all too clear to us what we needed to do, so we left and never went back.  But we did have several conversations with friends who expressed misgivings about the event as well.  One of them showed me his e-mail letters between him and the Senior Pastor, in which he called for the the pastor’s repentance.

The “Event” was bad enough, but then we were shown the proverbial “left foot of fellowship”.  It was about 6 months later that I was contacted by a Deacon about our whereabouts.  I talked to him about the “Christmas Event”, and he called a meeting with leadership.  Ok, fine!  So I went.

Unfortunately this turned out to be a one-sided affair.  Every concern or objection I brought up was countered with my sin: “Robert, you are holding anger.”  “Robert, you are holding unforgiveness, and the Bible says you must forgive, so we are really concerned about your soul.”  “Robert, God told the Senior Pastor to do this and we have to do what God has told us to do now don’t we?”

And this is the one that crumbled his deck of card for me: “Robert, you are the only person that has said anything about this event.”  Remember that e-mail exchange with my friend and the pastor? I was not the only one. Despite all the excuses he had made for the poor judgment on the part of the leadership, I had just caught them red handed!   Utter and total shock!  After spending 25 years in the movement, it was over.

I have spent the last five years recovering from it.  And I guess the NAR movement won’t be so bad IF it didn’t make such a complete shipwreck of your faith in the process.  Most seem to walk out of the church completely or they become atheists altogether.  Why I didn’t join their number, only God knows, because I almost did.  We finally found ourselves at a church that preaches exegetically and have been there ever since.  It is good to be at a place where the Bible is rightly divided, where the leadership is not viewed as a living god, and where your friends don’t try to cast demons out of you for disagreeing with the pastor.  I am also thankful for Chris Rosebrough and all the folks at Pirate Christian Radio.  I took the proverbial “Red Pill” last January.  Wow, what a ride!  But it has been a godsend to know that I am not alone and that God has not abandoned me.”

Thank you for all you do and thank you for posting the experiences of people like me.  That has helped immensely!