Posted By Amy Spreeman on March 19, 2017 in Leaving the NAR Church
Share

“The fruit of this movement is destruction. It’s true though, when you are in it, you cannot see what is wrong.  You think, “oh, that is just a different way of looking at that verse.”  You don’t realize the full extent of what all the doctrines are that they are teaching.”

Derrick is from the United Kingdom, and was introduced to the N.A.R. by a female relative who married a “prophet.” From there, Derrick was plummeted into a dark world of demonic experiences and teachings that are opposite of the true Gospel of Christ.

Millions around the world are being deceived. In this series, I want to take readers beyond the textbook What is the New Apostolic Reformation Movement explanation, into the personal experiences from those who have been there, and what happened when God opened their eyes to the truth.

Here is Derrick’s story in his own words. Click the links to learn more about these NAR teaching terms: 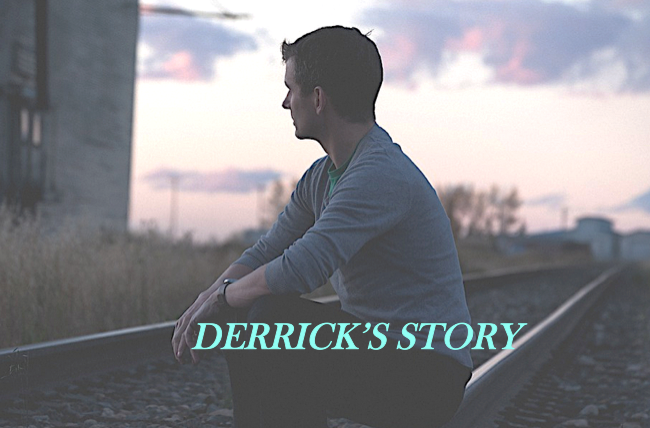 I had a relative, Emma, who lived several cities away.  During her younger years she was a very loving Christian woman who was dedicated to her children.  She worked hard and long hours to support them.  At some point she decided just regular Christianity was not enough for her (even though she was going to a good church).   She suddenly became involved with NAR teachings.  I remember her discussing how she went to Soaking Prayer meetings constantly.   At some point she met a man (David) at one of these meetings. David was a self-proclaimed evangelist and prophet.

Against the wishes of their pastor they wed after a three-month dating period.  Many in the family were shocked, and I think slightly confused.  Shortly afterward, they made several trips to Toronto to get “impartations” of a “spirit” they referred to as the Holy Spirit.  Some people in my family thought, “wow, they sound so ‘on fire’ for God!”

They listened to local self-proclaimed prophets who taught them about their “dream destinies” and “future ministry.”   They told some of my relatives about NAR congregations in our region, and that is how I got familiarized with the odd doctrine.  I attended a NAR church for several years.

At the time they worked and lived at the same location, as innkeepers.  The owner of the inn was a Christian, and he was not amused by all their efforts to impart things to guests. He told them to stop it, but they were offended: “How could someone want to stop the ‘spirit’?”

At the whim of a prophecy from whom I would most assuredly consider a false-prophet, they packed up all their bags and moved far away. This false prophet had claimed that I was going to mow someone over with some farming equipment we owned, but it never happened.

Dave and Emma now had no shelter, no roof, and no clothes; just a truck they had rented.  They told everyone it was their “divine calling,” to be at the “forefront of what God is doing.”  Basically they were homeless with the title of “minister.”  Some ate up the designation hook-line-and sinker and gave them money. Others gave because they felt bad.  Dave and Emma claimed they had every intention of finding a job, but they did not.  They visited meeting after meeting to get “impartations.”  They ambushed unsuspecting strangers to give them “prophetic words,” all without being part of any local church body.  (There was always something wrong with each church they went to.)

Dave and Emma bought into the Joel’s Army and Manifest Sons doctrines hook, line, and sinker, along with the Shemitah and every other NAR idea out there.  At one point they were raving about how amazing “The Shack” and “Jesus Calling” were.  Some of the other odd books they would give us when we visited raised a real red flag.  One was by an eastern thinker who clearly was demonized.  It preached another Jesus than that of Scripture.

Eventually their money ran dry, and they received an eviction notice. Dave and Emma moved closer to a NAR center (i.e. one of the main NAR affiliates), and got more involved with healing rooms, SOZO, you name it.  They had several Theophostic sessions, none of which seemed to work since they kept having to go back.

One of my relatives would constantly be “manifesting,” jerking about and hollering.  It didn’t look good though, it looked painful and awful.  I kept asking myself- if God is not the author of confusion, if the fruit of the Spirit is truly self-control, then what is that?  It looked like some strange fruit.   They visited our home off and on, giving me several false prophecies.  I didn’t think to not let them pray for me.  In one instance one of the false words they gave me led me into a very destructive relationship that I clung onto for far too long- thinking the person was part of the false prophetic word.

Years went by, and they grossly influenced a large portion of my family to be involved in NAR doctrine.  They were in love with Bob Jones, Mike Bickle, and the like.  It seemed like the more false and far-out, the more exciting.  I remember listening to Bob and Mike’s infamous 9 disc series on IHOP doctrine and thinking it was weird (I was older at the time).  It was one of things they left at our house because it was just so amazing we had to hear it.  I started going to church less (which was a good thing in this case!).   I had one relative go to IHOP and they became very unfriendly and self-righteous afterwards, as if they were part of the “new breed,” and the rest of us were pagans!   Whenever my relatives visited they tried to pressure anyone they met to have kids (for Joel’s army of course).  It was creepy and weird.

Since I started to go to church off and on, I started seeing some of the odd doctrine and how it didn’t make sense.  My pastor was part of the NAR-network, and only preached prosperity and talked about how rich he was 24/7.  It was either that or something about Cindy Jacobs, Heidi Baker, or other NAR buddies, and of course “the Word of the Lord!”  Except it’s not the Bible.  They stopped talking about hell and repentance.  In the many years I attended I only remember 1 message about hell at all.  I got really sick of the annual three-month message on giving. The church was horribly in debt, and of course it was about how the pastor was rich.  I kind of had enough.   I left the church and started attending a more traditional pace. Meanwhile, more and more of my relatives were sucked into the NAR circle.

It was a breath of fresh air to be out of the NAR.  I felt like I was growing again as a Christian after years of not.  Even so, the effects of the NAR on me lingered, as oftentimes I would think about the false prophecies people gave me and wonder if they were right or not.  It would make me depressed, since many of them promised me a better life.  I kind of wondered if I had done something wrong, or if I displeased God in some way.  Eventually I found myself in a nice Reformed Church that helped me out a lot.  It was good to hear the Bible being preached.  Because of that I was able to answer one of my friend’s many questions about Christianity, and eventually he came back to the faith after having abandoned it.    My 100% rejection of the NAR happened slowly though.

After having been out of its oddball doctrine for a while, some relatives came to visit during a rather awful time in my life.  They wanted to pray for me and lay hands on me, which I asked them not to do. When they tried to force their hands on me, I could feel something – not of God, trying to get on/in me.  I told them forceful “no please don’t lay your hands on me,” and they insisted on trying, so I kept pushing them off awkwardly so whatever that “thing” was didn’t get on me.  That whole situation freaked me out.  A normal Christian would not force their hands on you during prayer, particularly if you asked them not to do so.

That was the last straw.  These people do not hear from God and are being motivated clearly by something else- some “thing” from somewhere else that is false and creepy.  I started researching more and more about NAR doctrine.  That was like a can of worms. I found some really good resources comparing it to the new age, which I think is critical.  I had to repent and ask God to forgive me for wanting to believe in any odd prophecies people had given me, and for letting myself be subject to false doctrine.   After that it was much easier to see how the NAR is false if not outright evil.

People in these churches want “more” of God.  God’s grace is not sufficient.  The idols of ministry, performing for God, or even making a name for themselves in Christian circles dominates the day.  They worship manifestations and glory clouds, not Jesus.  There is no repentance of sins- that becomes secondary to anything else.

The fruit of this movement is destruction. It’s true though, when you are in it, you cannot see what is wrong.  You think “oh that is just a different way of looking at that verse.”  You don’t realize the full extent of what all the doctrines are that they are teaching.  Even if you are well-versed in Scripture, you have to do research that they don’t take the Lord’s prayer the same way “your kingdom come your will be done.”  They take it as Jesus’ aggressive earthly kingdom, not as a future kingdom, ignoring all other verses of how Christians are not supposed to take-over the earth physically.  It is slow and deceptive the way the doctrine creeps in.  I think many in these churches do not know the full extent of the falsehood; they eat bits and chunks of it until they start spouting out the same non-truths.  In the worst cases they go to sit under a particular apostle associated with the movement and then the biggest and most massive deceptions begin.

I’ve been slowly trying to get my own relatives out of the NAR clutches by showing them the false doctrines that are being taught. Please pray it works.