High profile Church leaders who teach doctrines of demons actually have the temerity to warn their critics to back off or face danger of divine judgment. Well, Cameron Buettel’s not backing off. In a blog post he wrote for Grace to You, Buettel names names and includes a video of one wolf in sheep’s clothing you won’t want to miss. The man’s heretical teaching is breathtaking!  Even so, he has a gazillion adoring fans who financially support his sham of a ministry and they’ve made him a wealthy man. Why would any serious Christian support mangy wolves? Because many believers simply are unable to discern a wolf from a terrier, the reason being that they don’t have a firm grasp of Church doctrine — what they believe and why they believe it.

Someone once said that the Church is a mile wide and an inch deep. In other words, when it comes to understanding the things of God, His people have very little understanding. As a result of their shallowness, spiritual discernment is pretty much non-existent in the visible Church.  And therein lies the problem.

So with all of this in mind, here’s Cameron Buettel’s excellent post: 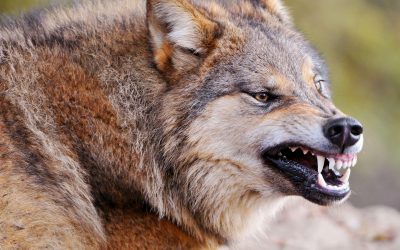 False teaching thrives in environments where it is unlikely to be questioned. Charlatans and heretics prey on uncritical minds, and work tirelessly to protect and preserve that gullibility. Their success depends on dismantling every challenge to their authority and accuracy.

John MacArthur describes why that problem is rampant in the modern church:

In recent decades, some of the most notorious charismatic church leaders have been doing just that. They continually warn their critics to back off or face the imminent danger of divine judgment. Claiming God’s stamp of approval, they wield Psalm 105:15 like a loaded gun: “Touch not [the Lord’s] anointed” (KJV).

And lest you think such a description to be hyperbole, the following clip from Benny Hinn is a spectacular example.

Hinn’s handling of Psalm 105:15, as well as the story of Saul and David, is hopelessly wrong on too many levels to address in one blog post.

For example we could discuss how Hinn utterly fails to understand Judas’s role in God’s sovereign plan for the crucifixion, while woefully underestimating the deity of Christ. We could invalidate Hinn’s warnings against criticism by pointing out the time Paul rebuked Peter—or when Hinn has publicly rebuked Joel Osteen, among others. Then there’s the problem of Hinn basing his threats upon the extra-biblical revelation of another false teacher (Kenneth Copeland).  Continue reading

5 Responses to Did God Forbid us to Critique or Criticize Church Leaders?