Posted By Amy Spreeman on March 10, 2017 in Leaving the NAR Church
Share

Something supernatural is going on in the NAR movement. I once thought this to be the Holy Spirit. I now believe it to be demonic, Satan disguising himself as an angel of light.

Phil’s hunger for God was idolatry. He was focused on wanting more and more experiences of God’s “presence,” but instead received the Spirit of the Age. That’s because the New Apostolic Reformation (NAR), is a counterfeit. It’s not biblical Christianity at all.

Millions around the world are being deceived, like Phil was. In this series, I want to take readers beyond the textbook What is the New Apostolic Reformation Movement explanation, into the personal experiences from those who have been there, and what happened when God opened their eyes to the truth.

Here is Phil’s story in his own words: 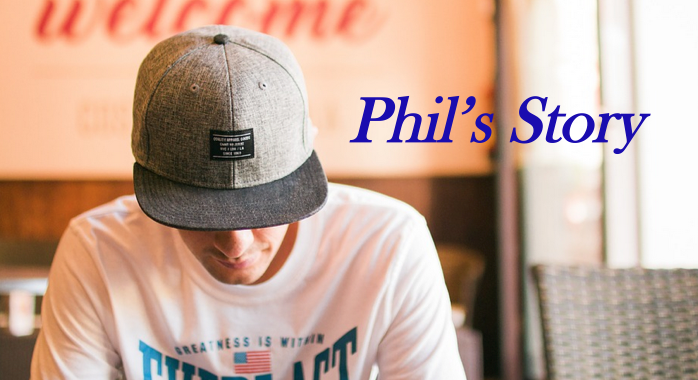 I was reared in and out of charismatic churches, but attended a strict Baptist school.

Sometime in high school I got tired of what I perceived as a “legalistic” version of Christianity in my school, and began to seek something else.

At the time, my family was not attending any type of church, so I began attending a really popular NAR/Charismatic church in Nashville, TN. This was in the mid 90’s at the zenith of when Christian contemporary music was just starting to gain acceptance in mainline denominations.  The music is what drew me in!

I’m not even sure if New Apostolic Reformation was even a term back then. They called themselves non-denominational, charismatic. But make no mistake, the practices were much like the modern NAR. In fact, we were regularly involved with International House of Prayer (IHOP). Many NAR guest speakers would come in. I remember even Bill Johnson coming several times.

When the special guest would come, that’s when the bizarre things started to happen. People were “slain in the spirit,” etc. I wanted to experience it all.

I know many articles and videos have been shown and written highlighting these bizarre “manifestations,” so I won’t go in to them. However, I will say this: so much emotional manipulation went on. We would sing well over an hour, just to whip ourselves up into a frenzy. I don’t know if it was emotional manipulation or something supernatural, but there is something very real in these services. In fact, you will hear them over and over talk about the “tangible presence of God.”  I can tell you from experience, you come to believe something really has happened in these services.

When I married a good Baptist girl, and she would have nothing to do with all this nonsense. But I kept up with it. Went to see Benny Hinn. I read NAR books and watched TBN.

I watched the Lakeland Revival on God TV. For practical purposes I had to be a closet NAR guy while attending a Baptist church.  When I started to watch Todd Bentley, I began to think something might a little off about this guy, and started to really do my homework on this movement.

We found a Baptist church on the threshold of crossing over. Before becoming involved, I had to be sure. I had to know before leading my family into this stuff, so I begged God in prayer for the truth!

I had always been fascinated with Bible prophecy, and since the church we attended barely mentioned prophecy, I began study a prophecy teacher by the name of Jimmy DeYoung, I learned more than prophecy. I learned a word called exegete. I learned to dig into the Word, for truth. This also led me to other teachers such as John Macarthur, and introduced me to a term call expository preaching.  My Baptist preacher had been faithfully doing this for years, but never used the term.

I begged God for the truth, and through true Bible study I came to the truth! Also, the scriptures I had to learn in school came flooding back to me, verses like:

“Heaven and earth will pass away, but My words will not pass away.”  Matthew 24:35

I finally began to understand that only through God’s Word could you truly find truth. I had to repent of my sins. Yes, I believe I had committed spiritual adultery and idolatry. I had fashioned a god and made him look like I wanted him to look, and I went after that god I made in my own image. We had been constantly seeking a presence, and I learned that I had been worshiping an experience, not the God of the Bible.

Yeah, we’d used “biblical” language; in fact we used the name of Jesus on a consistent basis.

“And there is salvation in no one else; for there is no other name under heaven that has been given among men by which we must be saved.” Acts 4:12

We must also open our eyes that deception can come in our Lord’s name.

Something supernatural is going on in the NAR movement. It just isn’t emotional hype, although I believe heightened emotions are the gateway. I once thought this to be the Holy Spirit. I now believe it to be demonic, Satan disguising himself as an angel of light.  I believe this to be none other than what the Bible calls the Spirit of the Antichrist. Whatever, you want to call it, its mission is to destroy the church from within, using a counterfeit light to accomplish it’s purpose.

It hates truth; it brings God’s people away from scripture to more emotional things.

Many churches today have abandoned Bible study for other books. While some are good, they aren’t the Bible. The antichrist spirit is very subtle. We’ve abandoned the Gospel for “good” social programs, and while they have their place, nothing should take the place of the true mission of the church.

Ever notice how much the music today focuses on the “presence of God” and the name of Jesus? My fear is many of these new “worship” songs have been inspired by the antichrist spirit. Even theologically sound churches I’ve attended sang lyrics like “when you speak when you move, when you come into the room.” The Holy Spirit came into the room when truly born again believers walked into it. God’s spirit works through his Word. Salvation truly is a supernatural act whereas the Holy Spirit re-creates a person. There is a formula for this in scripture, “Faith comes by hearing, and hearing by the word of God” Romans 10:17

We don’t need to frenzy ourselves up with singing and have some mystical experience and conjure up the “Holy Spirit.” I fear some of these songs such as the song made popular by Francesca Battistelli called Holy Spirit is merely a incantation to the antichrist spirit. Now, it’s not that I think these conservative churches are going to have fire tunnels next week, but they are giving validation to Bethel Music, Jesus Culture, and more. They are letting words inspired by the antichrist to infiltrate their flock. They are exposing their young people to this, so that when they go to a conference or an event where the experiences are happening, they will accept it! They may reason, “after all, this is the same music at my church, so these people can’t be all that bad.”

Of course, speaking out on this, you are labeled a Pharisee. You are accused of wanting to turn back the clock, dust of the hymn books again, and go back to the old ways.

I say, nothing wrong with worshiping God robustly with emotion, if need be. David did!

However, we are told to worship in spirit and truth!

I once used that verse to justify worshipping God in the antichrist spirit, but the true Holy Spirit can never be separated from the truth of Scripture.

My prayer is God will raise up those that love people enough to give them the truth!

What Is Discernment?
The Progressive Disease of Spiritual Deception in Our Time