Posted By Amy Spreeman on June 7, 2017 in Leaving the NAR Church 4
Share

“Tithing was required to serve in any ministry. If you don´t regularly tithe you would not be entered into the yearly church anniversary raffle for a TV, Beats headphones or Visa gift cards. I couldn’t believe my ears, this was cause for the tables to be flipped over in disgust for the obvious disregard for God´s holy place of worship.”

Alicia has allowed me to include her story in this series about a movement called the New Apostolic Reformation, or NAR for short. In this series, I want to take readers beyond the textbook What is the New Apostolic Reformation Movement explanation, into the personal experiences from those who have been there, and what happened when God opened their eyes to the truth.

Here is Alicia’s story in her own words: 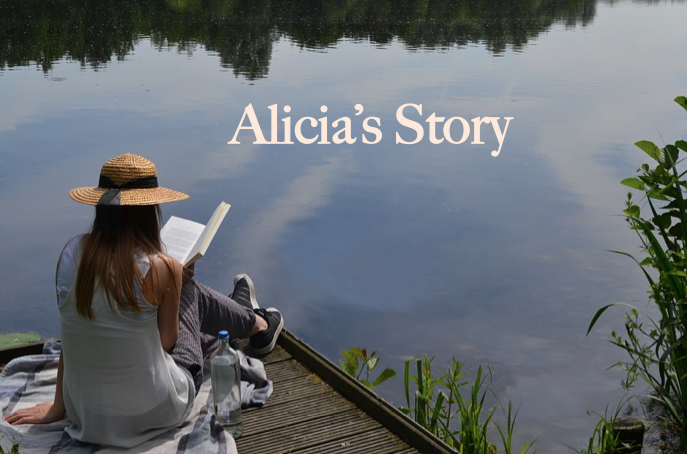 I am a native of the San Francisco Bay Area and was raised in multiple Baptist churches throughout my youth. Around the age of 17, I began attending a Baptist church that hangs an ankh in the sanctuary. At the time, I overlooked it and focused on the doctrine being taught. I remained at this church for approximately 15 years. I was a young single mom of two, searching for answers and hadn’t learned to depend on the Word of God yet and instead was caught up in church-ianity.

Things at church began to drastically shift to a focus on money; at some point the church became so consumed with money that I began to question EVERYTHING. The doctrine, the ankh, infidelity in leadership, homosexuality and full on disrespect for God and His holiness.

I began to pray and look for a new church home. At this time, the Lord had really been working on me; I was enjoying His word for the first time! It wasn’t about what thus says the pastor and following his narcissistic church themes and mission statements. No, it was about loving the Lord God with all of my heart, mind, strength and soul (Luke 10:27.

I believed my prayers were answered when I found a smaller church in the same area. There was no push to tithe during the tax season of mid-Jan through April, give first fruits AND make a yearly commitment to the “Posess the Land” campaign for the church to acquire 60 acres of land. These people at the new non denominational church seemed to have a sincere love for Christ, but everyone was just too nice…all the time. It scared me, I was never a hugger and it seemed as if this was the culture at this church so I tried to fall in line but my spirit was never completely at rest with the idea of this being my church home. Church leaders, when they weren’t smiling and hugging you, carried a stoic or irritated look at all times thus making them seem unapproachable. It was like walking on eggshells in a place where everything appeared to be all love love love.

I attended this church for a year and stayed in the Word and in constant prayer because I knew this wasn’t my home. However, it wasn’t time to leave just yet as I believed it to be a domestic mission. Bible study was great because they preached directly from the Bible. I’m not a fan of teaching from books until the pastor said you could lose your salvation. I asked him how and he told me that was an offline conversation that never happened.

I began to wonder why the lights were dimmed throughout the sanctuary during praise and worship and why I would repeatedly hear people use phrases like “set the atmosphere”, “I hear God speaking right now” or “speaking life” into someone or something. I connected with some amazing people that were spiritually lost. They chased after and quoted Joyce Meyers, Robert Morris was used in small groups, Christine Caine was used in women’s ministry gatherings, Andy Stanley, Steven Furtick, Myles Munroe, Benny Hinn and a slew of other detestable false teachers.

Tithing was required to serve in any ministry. I participated in the praise and worship team for a few weeks and was required to sign a contract saying I would faithfully tithe in order to serve. Also, if you don´t regularly tithe you would not be entered into the yearly church anniversary raffle for a TV, Beats headphones or Visa gift cards. I couldn’t believe my ears, this was cause for the tables to be flipped over in disgust for the obvious disregard for God´s holy place of worship.

Finally, the praise team leader sent a link for a song by Jesus Culture for us to practice before rehearsal. At the time, I didn’t listen to contemporary Christian music and had no idea who or what that was. I later found out, most of the music the praise team sang was right out of Bethel Church in Redding, CA. The Lord revealed it all to me and from that moment I had more of an understanding of 2 Corinthians 11:14 And no marvel; for Satan himself is transformed into an angel of light. This scripture had never been more clear until that moment. Everything I had prayed for in a church I believed I had found temporarily but only to God’s glory because He delivered me and my children from the apostasy and has afforded me the opportunity to share in what we have experienced.

Thank you for listening and God bless you for your devotion to the ministry.

Leaving the NAR Church: Pam’s story
The Tyranny of Decadence