Posted By Amy Spreeman on February 3, 2017 in Leaving the NAR Church
Share

“Everyone seemed to feel God’s love all the time and have crazy experiences, dreams, visions, prophesies. I was dissatisfied with just Bible study. I wanted more, and was constantly seeking more prophecies and visions and signs.”

You need to know that the NAR is a re-branding of the Latter Rain movement, which spawned the Brownsville/Pensacola Revival, the Toronto Blessing, and the “holy laughter” phenomenon.

It is important to note for this story that the Assemblies of God denounced the Latter Rain Movement on April 20, 1949 as heretical, but today it has infected the Assemblies with a vengeance in its new strain: The NAR.

Erin’s experience happened in an Assemblies of God church. 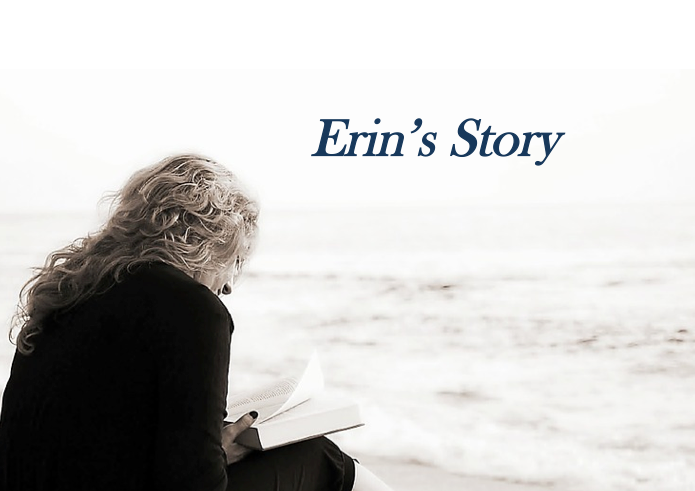 I’m going to first explain how I got into the NAR movement.

I grew up at a reformed, Evangelical-free church. I had a good start as a Christian. But, I developed an unhealthy fascination with the book of Revelation, and the healings and miracles that occur in the book of Acts. I felt like there must be something special going on in the book of Acts that my church was missing. There was a lot of doubt and dryness in my church.

In contrast, the new youth pastor was really into the “holy spirit,” and talked often about demons. He thought that miracles and healings should be happening all the time. Our church wasn’t practicing things, so he confronted the pastor and eventually broke off, founding his own church. But not before supposedly “casting out a demon” from a girl who had a seizure at one of our Bible studies.

The pastor’s daughter and one of my best friends introduced me to IHOP Kansas City’s teaching, along with Bethel Church – Bill Johnson and Kris Vallotton, and their associated musicians such as Kim Walker and Misty Edwards. She also showed me bits of the NAR movie “Finger of God.” I was hooked, and convinced these were things that I had been missing out on as a Christian. I was convinced these teachings had been missing from my life.

I moved to go to university, and in my new city, ironically, I began to attend a good reformed church. However, I listened to the NAR teachers in my free time. So my life is a good example of what happens when your good friend at a good church gets into false teachers in their free time.

I was driven by a desire to experience what these people claimed to experience. I distinctly remember in the beginning being dissatisfied with just reading and Bible study. I wanted more. So, Biblically, I was driven by my own wickedness and foolishness (Matt 16:4, 2 Timothy 3:1-5) Everyone in this movement seemed to feel God’s love all the time and have crazy experiences, dreams, visions, prophesies. I never felt or experienced things like they felt. I wanted to prophesy. But the “prophesies” my old friends from my home church talked about were confusing and unclear, full of weird, meaningless symbolism that comforted and excited others, but as for me, they never actually answered the questions and longings I had in my heart. I was constantly seeking more prophecies and visions and signs.

I read the Word daily and couldn’t understand any of it. I wasn’t able to retain what I heard at my actual church on Sundays. I began to starve spiritually and I began to doubt my salvation. I knew something was really wrong with me, I just didn’t realize how I was sinning.

I met a young charismatic Christian man online. He happened to be Panamanian and as you might guess, he lived in Panama. He attended an Assemblies of God church. Our relationship moved quickly and we looked for “signs” to confirm it. Basically we didn’t make logical decisions whatsoever. For example: When we wanted to know if we should get engaged, he prayed while driving and saw a sign that said “Claro” (“clear, yes” in Spanish). Please don’t puke, that’s how we decided to get married. I graduated college and moved to the Republic of Panama a week later, engaged to a Panamanian that I barely knew. Thanks, NAR!

(I don’t want to be too sarcastic though, I’m really glad that I married him. Our decision-making process was just totally NAR.)

Almost from the moment I stepped off the plane the suffering began. One week before our wedding, I became deathly sick with strange allergic reactions, rashes, and trouble breathing. I had an allergy test and reacted to almost every food except vegetables. I’m from Texas; I don’t do vegetarian. I was put on such a limited diet that I couldn’t eat a single thing at our wedding. I went through reaction-after-reaction, and doctor-after-doctor. Nobody was able to help me, and worse, they don’t even sell the medicine in Panama needed for severe allergic reactions (EpiPens). I had to find a doctor who would bring them personally from the U.S. every few months. I felt very close to death and terrified. I was supposed to have peace and confidence in Christ, and I had none. I couldn’t spiritually feed any better than I could eat physically.

We attended my husband’s church. False teaching such as Bethel Church’s teachings was popular, and they did a Bible study by Rick Warren. This church believed in modern day prophets, and we even supposedly had some in the congregation. Each sermon capped with an altar call and emotional music meant to stir people into an emotional response. Every week I hoped it would be the week God healed me. Nearly every week I did the altar call. Every week I went home brokenhearted and sicker than before. Every week people talked about God healing me physically. A “prophetess” there even prophesied healing over me.

Because it was believed that our words controlled the world around us, and our words were what displayed our faith (not the content or correctness of the words, but the positivity of the words), my lack of healing was sometimes blamed on me. I was also encouraged to stay quiet when I felt sick, to keep it to myself. This led me to deny myself medical treatment at times! In my mind, I loved Jesus so much, I believed in Him, but this was just cruel. For over a year my sickness continued on. People began to ask mean questions. A friend asked my husband if I was praying enough.

One day we attended the upstairs prayer meeting before church. I felt like asking God to take us out of false teaching in case we were in false teaching. I prayed it in front of the pastor and the “prophet” and “prophetess,” along with some other people from the congregation. Everybody “yessed” and “amenned,” with passion and emotion.

Within a month, my husband, sick of “naming” and “proclaiming” my healing to no avail, complained to me that we never read the Bible. He began to read Scripture and saw a disconnect between what we were practicing versus what the Bible teaches.

We began to discover apologists and videos online designed to expose false teachers, some of whom we had been listening to. We realized we had been in sin. We had a huge fall-out with our church, when my furious husband demanded answers as to why we were learning and practicing lies. The “prophet” and “prophetess” who attended there and oversaw the Assemblies of God Canada for all of Latin America, attacked my husband and threatened him. They effectively communicated that my husband had no right to talk, and that he should not ask any more questions, to sit down and shut up.

We were left all alone. I even realized that many of my friends in the U.S. loved false teaching, and eventually lost their friendships. I was still sick, but I began to learn how to read and understand Scripture, which I had been unable to do for so long. I felt horrible for my sins under these NAR teachings; I had been worshiping a different jesus, a jesus of my own construction. When I understood what I was reading about Jesus in the Bible, it was like meeting a stranger.

I had been seeking a different spirit, when the Holy Spirit had been available to me the whole time. I’m so grateful I never had those powerful emotional experiences that I was seeking in the NAR movement; God had lovingly withheld them from me. I believe now that if I did have those experiences, it would have been a judgment from God for my stubbornness. Many in the movement stay there, simply over an experience they had one time that they’re convinced is real.

I’m grateful that God brought me and my husband out of this movement together, even though we got married foolishly. God has blessed our marriage and He has prospered us in every way, with every spiritual gift; with Biblical prosperity.

I’m also very grateful to share that God did eventually heal me of the physical illness I was suffering from. The illness had no explanation, but after another two years of suffering (three total), it went away. I’m now able to eat all foods, just as I’m able to feed my spirit on God’s word in context. Does this make any prophesies about my healing valid? Absolutely not. The people who “prophesied” also teach lies about who Christ is and what He does. They twist scripture and spiritually abuse. They didn’t know if I was going to get healed, they were speaking from their emotions and desires at the time, and calling it God.

I’m so grateful God brought me through what He did, and I hope many more people will repent and leave this growing movement. Every day I see more people get into materials from these churches. I’m grateful for shows like Fighting for the Faith and others who expose these false movements. I hope this testimony encourages others. God bless

The Hyper-Charismatic House of Cards: Let It Fall and Be Free
False Teachers and Deadly Doctrines