Posted By Amy Spreeman on February 15, 2017 in Leaving the NAR Church
Share

The deliverance ministry counselor told my wife to close her eyes and allow the demons to speak through her. He explained that each demon has a name, and if bound “by the blood” must be truthful and submissive.

Jared and his wife had been experiencing what they called demonic thoughts, and sought help through a spiritual deliverance ministry. These spiritual warfare sessions are common in New Apostolic Reformation (NAR) churches and are gaining popularity in mainstream Evangelical churches. Spiritual warfare is one of the hallmarks of the NAR movement. A helpful article is  What is the New Apostolic Reformation Movement , as well as How Deliverance Ministries Lead People to Bondage by Bob DeWaay.

Jared has allowed me to share his story as part of this series: 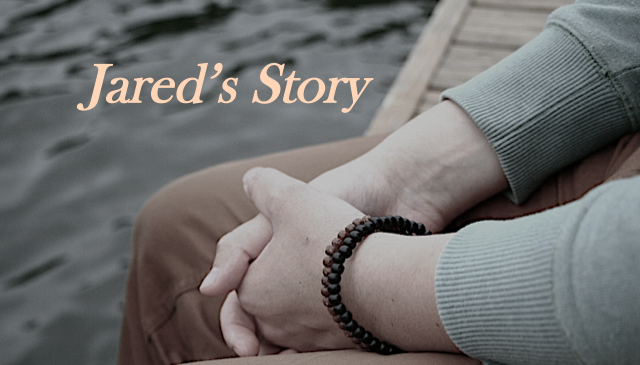 Years ago some close friends were going through more than a rough patch. I cannot explain in detail the play-by-play as I do not want to break their trust should they ever stumble upon this, however suffice it to say these friends experienced horrible things spiritually, but they claim to have found peace and reconciliation through the works of a local deliverance ministry. It was through this relationship with our friends that my wife and I were introduced to the idea of a deliverance ministry and came to experience the unbiblical nature of this particular beast.

When we were first married, we lived in a tiny one-bedroom apartment. We experienced what we believed were “demonic impressions” or visions, basically evil and grotesque images entering our minds. Some seemed more real than others. We didn’t know what to do to stop seeing these things, so we opened up to our friends, as their testimony was similar to this.

They personally introduced us to their deliverance counselor. Now, the counselor was highly credentialed with many degrees and certifications related to counseling, ministry, etc. He also co-pastored a church, and seemed to be a great guy we could get along with and lean on for support.

This first visit was pretty standard; no talking to demons or anything crazy. All he told us to do was to pray printed prayers out-loud. He also had us “bind” (referencing Matthew 18:18) each area of our minds and bodies (and I mean each area!) So we did this with our fibers, tendons, nerves, and our conscious and subconscious minds, in order to rebuke the devil and his minions from our living areas. This was done in the name of Jesus, while anointing everything with oil in the shape of a cross.

He explained the reasoning was due to the fact that the demons are highly legalistic and very specific about what is commanded. For example, forbidding them entrance to the house still allows them access to the roof and yard. The prayers were to be read aloud, because the devil and his demons cannot read minds. And they must respond to the words, “the shed blood of Jesus.” This was just the introduction.

Allow me to paint the scope of our marriage and it’s struggles here before continuing, as we believe these stresses were directly responsible for what you will read further on. First of all, I was an unfaithful husband by way of online activities. My wife was suffering from postpartum depression and taking anti depressants to help her find some form of normal. I was not home for my wife or son much during this time frame as I was renovating a house, which left my wife home alone with our son to combat the postpartum.

Our home was shared with my parents. My little family had a single bedroom in the house for all three of us to live in during the renovation. Alone, each of these things would be much more manageable. For my wife, the combination of her depression with a lustful husband, and being stuck in her in-laws’ house with no light at the end of the tunnel…I know only God Himself got my wife through this struggle, though we didn’t realize it back then.

With that background in mind, here’s the rest of the story:

Roughly a year later, my wife and I were on an anniversary getaway at a hotel to try and recoup, and to re-connect and simply enjoy some time together outside of the chaos we were living in. Things were going well for the most part. We were laughing and having a good time just watching the waves roll from our balcony, and watching our little boy giggle at the sight.

Unfortunately, that night was the end of the good feelings. You see, all the stress had taken a toll on my wife. She was desperate for solace, desperate to get out of the depression, desperate to stop hearing “voices” telling her she’s not good enough, that she’s not a good mom, that she’s not attractive enough, that she should do herself harm. That night, she heard a distinct voice tell her to just “end it all,” so-to-speak. She described it as literally feeling like she fell down a deep and dark hole and couldn’t find a way out.

We sought out the same deliverance counselor. Much like before, the counselor offered us a variety of prayers to take home and pray together – praying through every fiber of our being from head to toe, of our home, of our child, over our possessions, you get the idea. He recommended we read Bondage Breaker by Neil T. Anderson (warnings about this book here). Again he implored us to anoint our living areas as we had before.

The counselor did “check for salvation” by asking a series of questions that I suppose would be standard for any true biblical counselor, but he offered a caveat: “The body, spirit and soul are all distinct. Even if you are saved and indwelt by the Holy Spirit, a demon can still take residence in your body or soul.” He just termed this as demonization, not demon-possession.

Of course, none of his prayers helped, none of the formulaic and repetitive prayers offered anything to help my wife.

Further visits to the counselor revealed much more unbiblical teaching. We were never dealing with sin, or repentance, or forgiveness. We were not given the Gospel. What we were brought through was none other than a human’s attempt at usurping the throne, at relieving the cross of its power in order to bring salvation and healing into our own hands. Each session neglected Christ, reminding me of the sons of Sceva. Though they may have mentioned “the shed blood of Jesus,” the prayers were powerless against the darkness. Man is not the over-comer, Christ Jesus is!

Next, this man suggested something so outrageous, we didn’t know what to think of it. In fact, I haven’t heard much said about this even to this day. What he suggested was that my wife suffered from Multiple Personality Disorder (MPD, a form of dissociative identity disorder) – that her soul was “shattered,” and that each piece of her soul needed to be brought to salvation in order for her to be restored.

But that wasn’t all! He began telling her to close her eyes and ALLOW DEMONS TO SPEAK THROUGH HER. He explained that each demon has a name, and if bound “by the blood” must be truthful and submissive! (Show me this in the bible.) The following conversation I remember vividly. His statements are italicized:

Deliverance counselor: “Now <my wife> I want you to close your eyes and picture yourself in a school hallway, lockers running on either side of you and doors spread apart as they normally would be. Walk down the hall and enter the second door on the right. What do you see?”

My wife: “I see a room and chairs”

“Good. Now there should be a door in the back of the room, approach it and open it then go sit down. Is there anybody else in the room with you?”

“Look around again. Tell me who you see, what he or she looks like.”

“I think I see a little girl…”

“Ask her what her name is, and if I can speak to her. If she is willing, allow her to assume control.”

At this point of the process, I don’t know if I was more outraged or insulted! I held my tongue because I respected my friends too much to harm a relationship with them, but I also didn’t know what else there was to do to help my wife short of seeing a psychologist, which neither of us was comfortable with.

The counselor described what Multiple Personality Disorder looked like: Aside from the soul shattering due to a past traumatic event that may or may not show itself after entering adulthood, each piece of the soul represents itself differently. The counselor believed my wife had up to 30 different “alters” or “personalities” that needed to be saved. Each alter would or wouldn’t respond to me, her husband, and each alter may or may not be saved, may or may not be demonic.

How he came to this conclusion is still beyond me. This was a hard pill to swallow with SEVERE implications if true.

We had several events at our house due to this “diagnosis.” The most insane one involved my wife lying in bed with her eyes closed, talking to me via a supposed alter. This alter hated the Bible, hated Jesus, hated me and became agitated when I prayed and “rebuked” it as I was instructed to. My wife has no recollection of this event beyond me describing it to her.

As far as to what actually happened, I have read that deliverance counselors invariably bring manifestations like this to life by the power of suggestion – what a person would never believe comes to life subconsciously. But the why and how are not important now. What became important was that I was actually questioning my wife’s salvation unto our Lord Jesus Christ. I have never been more ashamed to admit that than I am right now typing this out.

Over the next few months we had many discussions about this man and his practice, about the diagnosis and path to recovery. No amount of counseling sessions helped; they just caused more emotional trauma and spiritual confusion (Ephesians 4:13-14). We finally decided after much prayer to IGNORE this man’s instruction, devote ourselves to the Word, and be at God’s good pleasure to see us through this mess.

As I write this, we have not spoken to this man in about two years, nor have we looked back into trying things his way. We consider this man and these ministries as marked to be avoided as Romans 16:17-18 instructs. When you see demons behind every door, when you look to “hidden knowledge” (that is, occultism), about demons and their hierarchies, when you trust in any “high thought” by a man that goes contrary to the Bible, you are missing that our sole focus is to glorify God, and to live in obedience to Him as revealed through His inerrant Word. Christ is our focus, period.