Posted By Amy Spreeman on February 6, 2017 in Leaving the NAR Church
Share

“Our pleas have fallen on deaf ears. According to my family, we are “troublemakers,” “harsh,” “divisive,” “ignorant,” and my favorite, “tricky.”

Do you have family members who are deceived? Fortunately and by God’s grace, Heather and her husband were not tricked into believing the counterfeit doctrines of the New Apostolic Reformation. But, like many of you, her extended family fell hook, line and sinker for the NAR, and is trapped in the bondage of a movement that contains doctrines of demons.

Heather has allowed me to include her story in this series about a movement called the New Apostolic Reformation, or NAR for short. In this series, I want to take readers beyond the textbook What is the New Apostolic Reformation Movement explanation, into the personal experiences from those who have been there, and what happened when God opened their eyes to the truth.

Here is Heather’s story, in her own words. 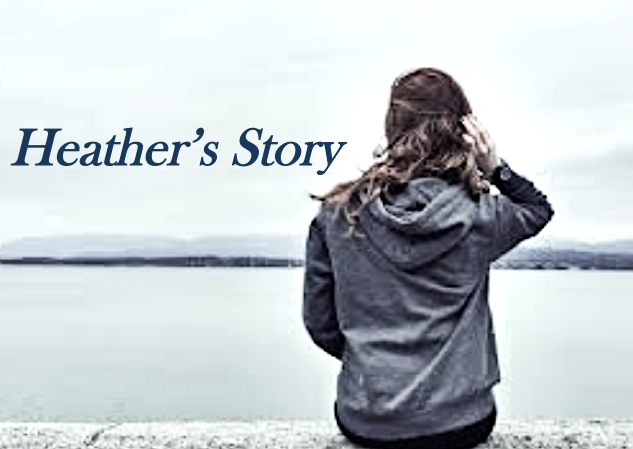 I was brought up in a Christian family, learned many scriptures from the time I was little (in a Lutheran church). About the time I was in second grade we moved to California. In my Senior year of High School, I had broken of with my boyfriend. I spent the whole summer seeking God in Bible Studies and praying and telling Him about it. I didn’t know what God’s will was for my life, but I didn’t want to get married ever if it wasn’t to someone who could protect me spiritually and love His word.

Four months later (36 years ago), I met my future husband at a college church retreat. We were married within a year. A few years later my Uncle decided to start an “experiential” church, focusing on “the gifts.” It was a Vineyard church, and my family wanted us all to join. My husband and I were attending a good church. We did visit my family’s church a few times, but my husband said, “no, we are staying put.”

Some months later my mother made another attempt to convince me to join her church. I told her, “Israel was an adulterous nation for seeking a sign.” She told me, “you’ve changed!” And that’s about the time all hell broke loose. My grandmother was already well into Dominionism, and everywhere we turned, more and more family members were being picked off.

My mom and uncle came home from Toronto, and my mom was shaking all over like with the palsy. My brother has succumbed to Hinduism and Yoga, and doubts Jesus is God. My sister and family are full bore NAR. One of my cousins has been at IHOP (International House of Prayer) for years, another cousin is an atheist, and a number of cousins are heavily emergent. In fact one of them just published a book similar to “The Shack.”

We have been studying discernment for years and years, and it just breaks our hearts to see what has happened to our family. Our pleas have fallen on deaf ears. According to them we are troublemakers, harsh, divisive, ignorant, and my favorite, “tricky.” Most do not believe the Bible is the final authority anymore, and naturally they all believe in extra-Biblical revelation.

This has broken my heart!

We have yet again had to leave another church because the pastors would not take a stand against false teaching. They went through all of the letters of Paul and managed to not mention Paul’s warnings about false teaching or false prophets once! We are feeling reluctant to look for another church. This was the fourth one in 10 years.

Our pleas have fallen on deaf ears. According to them we are troublemakers, harsh, divisive, ignorant, and my favorite, “tricky.”

I am thanking God for my answered prayer in the husband he gave me. I know without him I would just have been swallowed up! I truly know what the following scripture means: “Woe unto you, when all men shall speak well of you! For so did their fathers to the false prophets.” Luke 6:26 Also Matthew 10:34 “Think not that I am come to send peace on earth: I came not to send peace, but a sword. For I am come to set a man at variance against his father, and the daughter against her mother, and the daughter in law against her mother in law. And a man’s foes shall be they of his own household. He that loveth father or mother more than me is not worthy of me: and he that loveth son or daughter more than me is not worthy of me. And he that taketh not his cross, and followeth after me, is not worthy of me. He that findeth his life shall lose it: and he that loseth his life for my sake shall find it.”