Spirit guides, meditation, astrology, the “higher Self,” raising the kundalini, developing psychic abilities, praying to gurus, astral travel, numerology, Tarot cards, contacting the dead, hanging out with witches, Sufis, followers of Muktananda, Rajneesh, Sai Baba, Maharaji, — all these and more were part of my journey. How did I get on this path?

This is how Marcia Montenegro begins the story of her journey. Before becoming certified as a professional astrologer, Marcia was involved with various New Age, occult, and Eastern beliefs and practices, including Inner Light Consciousness, Tibetan Buddhism, Zen Buddhism, Hindu teachings and meditation, and psychic development classes. She also participated in past life regression, numerology, Tarot cards, spirit contact, seances, astral travel, and received a spirit guide through a guided visualization.

This is Marcia’s story about how God revealed Himself to her and turned her journey completely around, all for His glory: 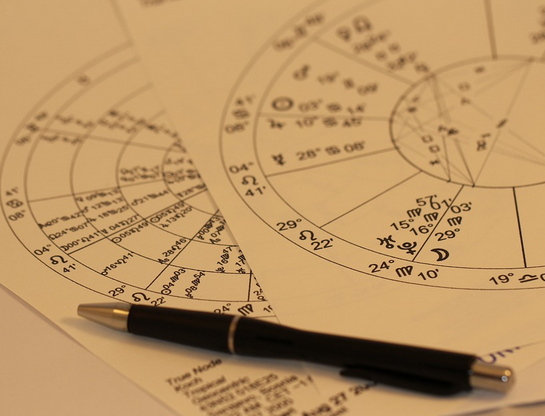 “I grew up with an agnostic father and a nominally Christian mother. My sister and I had to attend church because my mother thought that children should go to church, although she did not always go. Due to my father’s job in the Foreign Service, we moved around a lot, so we ended up in different churches located overseas and in the Washington, DC, area.

Eventually, I became serious about religion. In junior high and early high school, I had the idea that being good would please God and get me into heaven. But reading about other religions and meeting those who believed differently made me wonder. I wanted something deeper, more experiential. I was also rejecting the idea of hell, that the Bible was God’s word, and was disillusioned with Christians. Christianity seemed defined by sermons, going to Sunday School, and doing good works. How boring! I started a serious spiritual search and journey at the end of high school.

That journey continued through college where I had paranormal experiences, made friends with someone who said she saw auras, and attended spiritualist meetings where the ministers claimed to receive messages from the dead. One bright sunny Florida afternoon, as I rested on my bed fully awake with eyes partly closed, I felt myself floating. I opened my eyes and was stunned to see my body on the bed below me as I hovered near the ceiling. I thought I had died. The shock slammed me back into my body in an almost painful way. This was my first out-of-body experience and I had no idea what it was or that it even had a name. I told no one about it. I had other paranormal experiences as well.

The journey stretched on after college when I visited psychics and an astrologer, and did a lot of reading on the paranormal, past lives, contact with the dead, and on Hindu and Buddhist beliefs. I remember reading a book on Vedanta (sect of Hinduism) each morning in the cafeteria of the building where I worked. I started to see connections in my life with the colors of the chakras, the seven psychic centers of energy in the body according to Hindu beliefs. This and other experiences pushed me into an active plunge into the alluring worlds of the paranormal and Eastern beliefs.

In an Inner Light Consciousness class, I was introduced to my “spiritual master” during a guided visualization. This guide, a spirit being, looked kind and wise. I felt his presence with me and sometimes saw him in dreams and meditations. I also had unpleasant, scary and weird experiences and visitations, once seeing a tall hooded figure in dark robes looking at my body in the bed as I hovered out-of-body nearby. Although extremely frightened by this apparition, I rationalized it by telling myself that I was being tested.

I also learned to meditate, do psychic healing, analyze dreams, and chant. When I first started to do Eastern meditation, I felt an incredible peace. I felt that I was fading away and merging with something greater. It seemed I was literally one with the universe, and the teaching that we are all connected to one force seemed true. After all, I believed that truth was in experience, and here my experience was confirming that belief. At last, I thought, I was connecting to that spiritual realm.

Later, my studies took me on many paths — Tibetan, Hindu and Zen meditation and philosophy, spirit contact, a bit of palm reading, numerology, psychic development, and past life regression. Reincarnation seemed to answer questions and I experienced what I thought were memories of past lives.

Marcia Montenegro is founder of Christian Answers for the New Age (CANA), a ministry and research site we wholeheartedly recommend.

Read our White Paper on the New Age

5 Responses to A Strange But True Spiritual Journey