Posted By Amy Spreeman on June 11, 2015 in Discernment
Share

The role model in the Christian music scene who doesn’t believe that the book of Genesis is true, the guy who claims Jesus was not quite being honest with his disciples (or perhaps was mistaken) about the accounts of Noah, Jonah, the flood, Adam and Eve and other Scripture verses our Lord quoted, is among those who seem to be deconstructing the orthodox faith of Christianity.

Rock musician Michael Gungor, along with his group called The Liturgists (founded by Rob Bell), is going to charge 100 people a $300 voice in a conversation expected to take apart the “cultural ghettoes” of the church and secular society.

Just who are the Liturgists, and what do they believe? See Rob Bell promotes “Mother God” and “apophatic meditation” in new “Liturgists” show 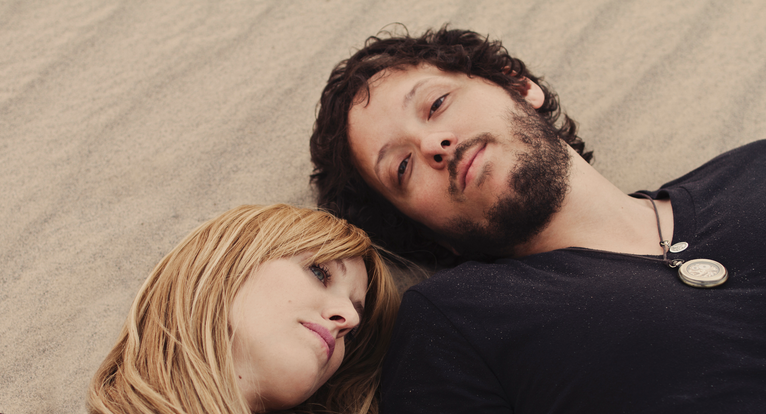 The Dove award-winning musician called for unity in Christendom late last year after he was branded a heretic and other names like “twofold son of hell” for challenging the literal interpretation of the book of Genesis in the Bible.

“I have no more ability to believe, for example, that the first people on Earth were a couple named Adam and Eve that lived 6,000 years ago. I have no ability to believe that there was a flood that covered all the highest mountains of the world only 4,000 years ago, and that all of the animal species that exist today are here because they were carried on an ark and then somehow walked or flew all around the world from a mountain in the Middle East after the water dried up,” he confessed.

And so, Gungor and other members of The Liturgists are inviting 100 people willing to pay exactly $299 to be a part of the conversation, to join them in Atlanta, Georgia, on June 15-16 to talk about how they can move forward from the old ways of thinking.

“For many of us, the old categories don’t work anymore — sacred or secular, science or faith. Of course, there is a challenge when your boxes break apart: you lose your old answers to life’s biggest questions. Why am I here? Where did I come from? How do I know what is true?” explains the event’s description.

“This is a lonely process. Most communities find a comfortable center of gravity in one of three perspectives: science, faith, or art. So, blurring the boundaries and exploring the spaces between them can be dangerous. Belong is a safe place to come have honest discussion about doubts, hopes, fears, and faith. A place where no question is off limits, but you can find a burgeoning community of people who will welcome you with all your strangeness. A place where the unlikely gather around a table and find a place to belong,” it continued.

Among some of the possible questions to be discussed are:

How do we know God and accept science?
What’s the science behind who we are?
Where does consciousness come from, and why do so many people yearn for God?
How do we create art that transcends the cultural ghettos of the church, or the secular?
How do we lead people in an age where the old answers seem trite?
Can we find and form safe spiritual communities?

The Dove award-winning musician called for unity in Christendom late last year after he was branded a heretic and other names like “twofold son of hell” for challenging the literal interpretation of the book of Genesis in the Bible.

Which Way, Evangelicals? There is Nowhere to Hide
Religious leaders ‘Obey God Rather than Men’ in Open Letter to U.S. Supreme Court