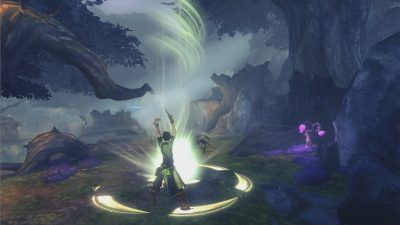 The term “occult” come from the Latin occultus or “hidden.” Generally the word is used of secret or mysterious supernatural powers or magical, religious rituals. The word “occult” is used to describe any attempt to gain supernatural power or knowledge apart from the God of the Bible. Generally it refers to witchcraft, Satanism, neo-paganism, or various forms of Psychic discernment (astrology, séances, palm reading, tarot cards, etc.).

Description: Divination is the attempt to predict or control one’s future, or to gain access to hidden information (e.g., psychically) by the assessment of various “indicators” (such as the occult meaning of numbers), or use of particular implements (such as the Ouija board). Examples of divinatory methods include interpreting the positions of the heavenly bodies (astrology) or the symbols on cards (tarot), analyzing dreams (dream work) or the flight of birds or liver markings, casting stones or coins or other objects (I Ching), inter­preting hand markings (palmistry), and seeking information from dowsing rods, idols, or oracles (Ezekiel 21:21). Occult games are not necessarily divinatory; however, they attempt to introduce players to occult philosophy or practice in a fun and exciting manner through playing a “game.”

Founder: Varies; some are unknown.

Scientific evaluation: Science cannot evaluate claims to see into the future, although it can test the predictions of diviners. This often reveals fraud or a poor record of divining, or that psychic powers fluctuate greatly under stringent conditions of scientific assess­ment. This is not to say that these methods are never accurate; to the contrary, their persuasiveness is often found in their divinatory power.

Some games have occult terms and activities (casting spells, potions, charms, calling on pagan gods, runes, Tarot, etc.). What the games do is desensitize people to occult practices. Beware because this can cause spiritual and emotional damage. “It is a comment on how far this culture has come that what should be innocent and cheerful games for young girls are instead fraught with evil themes and depictions of what should be scary but are presented as fun, glamorous, or sexy. Doing evil is actually depicted as inviting and/or powerful.” —Marcia Montenegro

Leaders – Twentieth Century only, in no particular order. Many more not listed here. (Source)

What the Bible teaches:

“There shall not be found among you anyone who burns his son or his daughter as an offering, anyone who practices divination or tells fortunes or interprets omens, or a sorcerer or a charmer or a medium or a necromancer or one who inquires of the dead, for whoever does these things is an abomination to the LORD. And because of these abominations the LORD your God is driving them out before you. You shall be blameless before the LORD your God, for these nations, which you are about to dispossess, listen to fortune-tellers and to diviners. But as for you, the LORD your God has not allowed you to do this (Deuteronomy 18:10-14). (emphases added)

The Bible details the occult practices that are expressly forbidden by God. He banned sorcery then and He bans it now. Moreover, those who practice these sorts of things are an abomination – detestable. In the case of the Israelites all charms for diseases, all amulets or spells to prevent evil, fortune-telling (looking into the future), contacting the dead – any of the magic arts were considered wicked.