What is the specific goal of paganism? According to Dr. Peter Jones, it is for our sexual identities to merge into an androgynous being.  Those in our society who embrace this sort of nonsense are having great success in pushing their bizarre ideas on innocent children.  Through public education, the entertainment industry, the liberal news media and the books youngsters read, they’re becoming indoctrinated into the pagan belief that gender differences don’t exist — humans are non-binary beings.

Dr. Jones skillfully explains what’s going on in our culture in his latest blog post over at truthXchange. He writes: 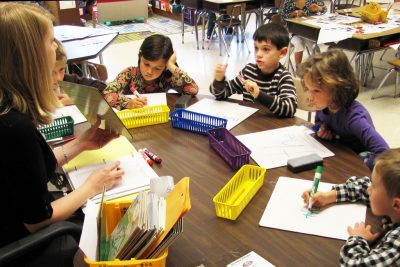 “Train up a child in the way he should go; even when he is old he will not depart from it” (Prov. 22:6). For centuries, this biblical wisdom has reassured Christian parents—until now. Our culture is pushing an increasingly pagan worldview on our Christian children. About 75% of evangelical children abandon their faith after a year or two of college. But college-age men and women should at least know enough to resist! It gets worse: our young, tender little ones are now on the front lines.

Grade-school and pre-school boys and girls face a massive brainwashing assault that tells them there are no gender distinctions. One Texas school authority ordered teachers to cease referring to a child as a “boy” or a “girl.” Such terms lead to judgmental thinking and discrimination! This phenomenon is happening all over the Western, once Christian, world. One reason given in the UK is that the term “girls” can make them think they have to do everything perfectly, which can “create a lot of anxiety” in children and teenagers.

A few years ago we were told that homosexuals only wanted the right to be themselves in the privacy of their own homes. Now the demand includes legally-enforced affirmations of the gay agenda, taught in schools. Our children are not protected. A few days ago, a close Christian friend told us that his four-year old son was being kissed by another four-year old boy at school. The classmate’s behavior was no doubt influenced by that of his “two daddies.” In a Swedish book for toddlers and preschoolers entitled Hästen & Husse, a transgender man puts on lipstick and women’s clothes and lives with a confused pet horse that thinks it’s a dog.  This book teaches preschoolers the “noble” message that transgenderism is normal and that they can “be who they want to be.” The author, Susanne Pelger, (PhD in genetics and biology), asks children if men can wear dresses and lipstick, and the children answer “Yes! You are as you are. That’s when you’re the best.” According to child psychiatrist Louise Frisén, the number of Swedish children wanting to be transgender has been rising by 100 per cent each year. She writes a blog, “Save my Sweden.” A Canadian could equally write, “Save my Canada,” since the Ontario government threatens to remove children from “abusive” parents who do not allow them to transition. In San Francisco, a summer camp that centers around transgender children announced it would accept children as young as four.

The arguments for alternate sexualities are endlessly modifiable. We hear that gender can be what we want it to be; we can eliminate traditional “obligatory sexualities and sex roles” to create “an androgynous and genderless (though not sexless) society, in which one’s sexual anatomy is irrelevant to who one is, what one does, and with whom one makes love.” Continue reading

Michael Brown has been WHITE-washed?
How are we to regard Michael Brown, Todd White and other NAR leaders?