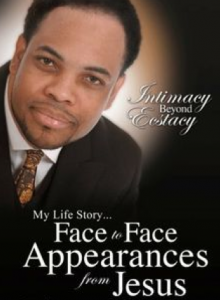 Warning: Those rumors and false signs and wonders of Jesus’ return that He warned us about? Yes, they are indeed happening.

TBN’s David E. Taylor, a Tennessee Latter Rain  preacher whose ministry is growing by leaps and bounds, took a video of a “face of God” that he saw in the clouds in Canada, and now promises his followers that they, too, can see a face-to-face appearance by Jesus Christ. He also prophesied a drug bust in Detroit which came true just hours before he appeared there to speak. That prediction made the evening news. 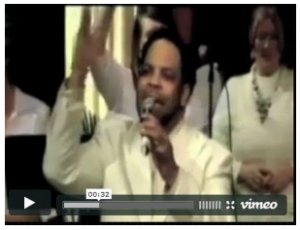 He (David E. Taylor) himself had been converted like this when Jesus first appeared to him in a dream, and talked to him when he was just a 17-year-old teenager. At that time he was a gangster in shoot-outs, living a very riotous, dangerous and worldly life-style…smoking dope, etc. So he asked the Lord to allow this to happen as a part of his ministry notably to the church but also to the World and mankind because he knew how having an experience with the Lord like this changed him.”

Jesus also continued saying, “All eyes shall see and know this. They will see My Appearance and My Father’s Appearance in pictures and on live television as a result of Us working with you notably on Earth in the different regions I send you to…” This has been proven in almost every place or region the Lord has sent David E. Taylor, that in whatever city or region he has gone into, since 2006, there has been a major open Appearance of the Lord in that specific or surrounding place. Scripture also verifies this, how God worked with Moses and Jesus and made notable Appearances on Earth before people during their ministries while working with them…(Ex. 19:11

)…The Lord has come down on Earth as you see in these pictures and videos. 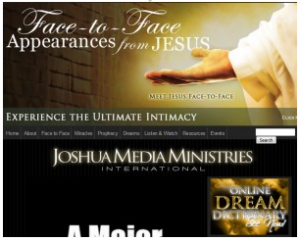 Yes, Jesus is returning in an unexpected and dramatic way. And sure, David E. Taylor quotes real Scriptures, but he forgot this one:

: “At that time if anyone says to you, ‘Look, here is the Christ!’ or ‘There He is!’ do not believe it. For false Christ’s and false prophets will appear and perform great signs and miracles to deceive even the elect—if that were possible. See, I have told you ahead of time. So if anyone tells you, ‘There He is, out in the desert,’ do not go out; or, ‘Here He is, in the inner rooms,’ do not believe it.”

What is a real prophet of God? One who warns and leads you to repentance and reconciliation. One who knows that judgement is coming.

(I originally wrote this in 2011 and rescued it from the trash bin.)

Emerging signs: How to know…
Warren’s Connection to the Muslim Brotherhood