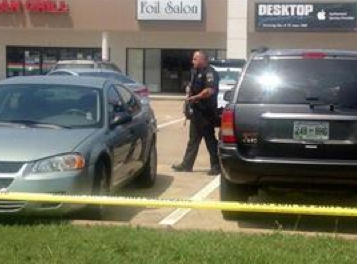 The shootings were carried out within two hours of each other and are believed to have been committed by the same gunman, who has been identified as Muhammad Youssef Abdulazeez, 24. Abdulazeez is believed to be a U.S. citizen of Kawaiti origin.

According to reports, ISIS, which identifies itself as the Islamic State of Iraq and Syria, had Tweeted about Chattanooga just minutes before the attacks were carried out.

“O American dogs, soon you will see wonders,” it read, with the hashtags #Chattanooga, #USA and #ISIS. The Tweet included a photograph that resembled “Jihadi John” from ISIS’ Iraqi beheading videos.

“The shootings took place at a Network Operations Support Center operated by the U.S. Navy and at an armed forces recruiting center,” DoD said in a statement. “Names of the deceased will be released following next of kin notification. We are working with local and federal authorities. We will provide additional information as it becomes available.”

The first incident occurred this morning shortly after 10:45 local time at the Lee Highway Naval recruiting center, where Abdulazeez led police on a chase. Two hours later, he carried out a second attack at a Amnicola Highway military installation.

Fred Wright, a Carquest saleman near the Naval center, told the Chattanooga Times Free Press that he heard gunfire and then saw military personnel rush through the area.

Connect with Christian News
“I just heard all the shooting,” he stated. “All of them (Navy recruiters) starting running through the brush and the briars. One of them was yelling, ‘Call 911, someone’s shooting at us.’”

Wright then called 911 and three military personnel hurried inside his store.