A little over a year ago Steven Furtick, prophet-pastor of the highly influential Elevation Church in North Carolina, taught his congregation that God broke the law of love.  Recently he posted a two minute clip from that sermon on Facebook which caused quite a stir.  For those who are unfamiliar with Pastor Steven, the late Ken Silva of Apprising Ministries once said of him: “Steven Furtick is a rising star in the evangelical world and his discernment is so badly skewed that he seriously thinks [Joel] Osteen is ‘a great man of God’  and has also told us ‘T.D. Jakes Is My Favorite Preacher In The World.’”

So, did God really break the law of love as Furtick believes?  Respected blogger and pastor Tim Challies says an emphatic No! and took to the blogasphere to challenge Furtick’s faulty theology. Following is the blog post he wrote entitled “Did God Break the Law for Love?”: 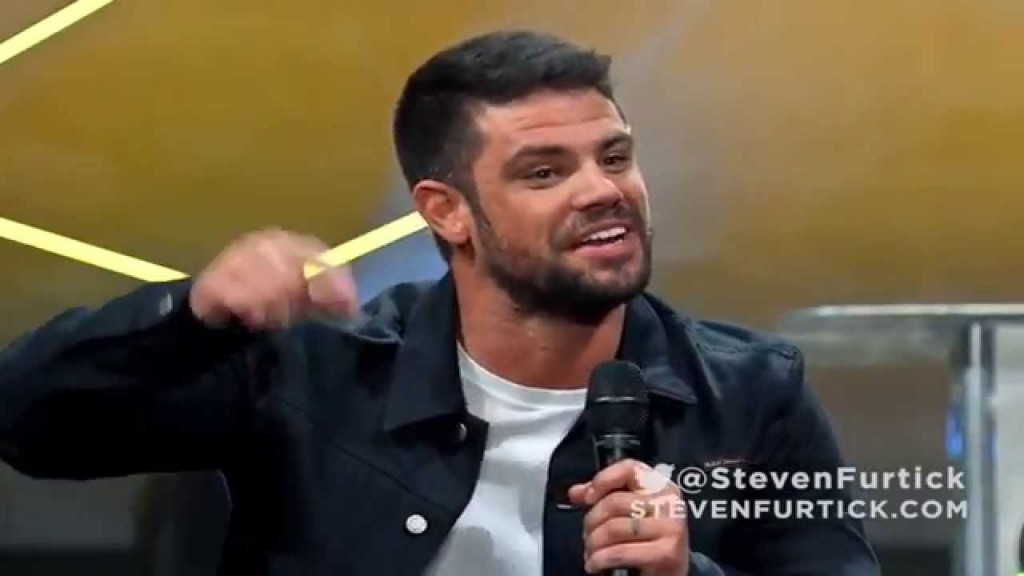 It happened again. A popular preacher said something in a sermon, it made its way to social media, and lots of people got upset. This happens quite often, doesn’t it? I rarely pay attention to these things and comment on them infrequently. However, I am making an exception for the latest one because I suspect quite a few people who saw it on their Facebook timeline are saying, “Hang on! What’s so wrong with what he said?” It’s one of those things that is just close enough to the truth to be confusing. So let’s turn it into an opportunity and consider how and why what he said is problematic.

Let me give some context: Last summer Steven Furtick preached a sermon at Elevation Church that was based on 1 John 4:7-12 and titled “It Works Both Ways.” Though the sermon was 40 minutes long and preached all the way back in July, he recently shared a 2-minute excerpt on Facebook. It is that excerpt that has been passed around and widely discussed. In it he makes this claim: “God broke the law for love.” God gave us a law, then, as a great display of his love, broke that law.

Furtick illustrates by using the example of a child who has suffered a terrible injury after falling from the monkey bars. As a parent, you scoop up your child, run to the car, and race for the hospital. All the way to the hospital you pass by signs declaring a speed limit, but out of love and concern for your child you ignore them, breaking the law for the sake of love. The implication is that you are justly breaking the law for the sake of love. Furtick then turns the illustration from an earthly parent to a heavenly Father:

What will really turn your heart to God is not when you hear his laws—which were given for our good, by the way, but they were powerless because there wasn’t enough leverage in our actions to keep the law. So what God did when he sent his Son—and this is why we get excited in church, and this is why tears fill our eyes when we think about Jesus, and this is why the gospel is still good news in the world today—cause God broke the law for love. I said to every sinner, God broke the law for love. I mean that he scooped you up in his arms, I mean that he’s carrying you in his grace, I mean that what the law was powerless to do in that it was weakened by the sinful nature God did by sending his Son in the likeness of a sinful man.

Did God break the law for love? It might seem like he did or like he had to. After all, he has made sinners right before a holy God. Ah yes, but not by breaking the law. The mystery of the cross is how God could satisfy the demands of the law while offering mercy to those condemned by that very law. The miracle of the cross is that God actually does this—he justifies sinners while keeping every demand of the law.

When Furtick says that God breaks the law, he seems to indicate that the way God releases people from the law’s demands is by breaking it and he uses the parent-child illustration to prove this. But while the illustration is effective on an emotional level, on a scriptural level it muddies rather than clarifies. Where the child has had an innocent accident, we have willfully committed cosmic treason against our divine king; where the child is physically injured, we are spiritually dead. Of even greater importance, God’s law is not a speed limit, a list of rules drawn up to govern human behavior. Rather, the law is God’s revelation or manifestation of his own character. For God to break the law he would have to act opposite not only to a rule but to his own character. He would have to insist that he is one way but that he acts in another way. God cannot break the law without entering into an impossible and absurd self-contradiction. The illustration actually contradicts the truth.  Continue reading

See our White Paper on the Word-of-Faith movement

2 Responses to Steven Furtick teaches that God Breaks the Law