Posted By Marsha West on May 28, 2015 in Word Faith Movement
Share 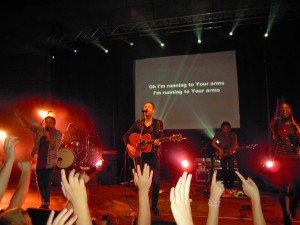 Our friends over at Churchtwatch Central (CC) have Australia’s “A Current Affair” report on Hillsong Church (HC). For those unfamiliar with HC, it’s a Pentecostal megachurch out of Australia. HC’s well-recognized music ministry has spread all throughout the globe.   Brian and Bobbie Houston  are the “Senior Pastors” and co-presidents of HILC. According to Erin Benziger of Do Not Be Surprised:

One does not have to look far or listen too intently to hear the espousing of Word-Faith doctrine coming from the platforms of Hillsong Church and its international campuses. Hillsong Churchin Australia, led by senior pastors Brian … and Bobbie Houston, is:

We’ve provided a bit of background on HC, now to the CC piece.

Tonight (the 21st of April, 2015), Australia’s ‘A Current Affair’ aired this report on Hillsong.

In spite of Hillsong’s continual lies, their facades of “relevancy” and their contemporary nonsensical gimmicks, the world still sees through it. The reality is this: the world is not being won over to Jesus Christ. In fact, Hillsong is giving the world an excuse to hate Christianity while Hillsong is militantly campaigning against biblical Christianity. Not only that, Hillsong is stealing Christians from other churches and taking over churches by force under the guise of “blessing” churches. It is time the media, the Australian Government and more importantly church leaders, stop calling Hillsong a church. Cults have always declared war on Christianity. Hillsong for decades have proven again and again to be a word of faith and prosperity cult. When will Christianity finally say enough is enough?

Imagine: “A Letter to The Church At Sydney” Stand Up For The Truth

Hillsong Church NYC: Cult of Celebrity Slaughter of the Sheep

DOWNLOAD OUR WHITE PAPER ON THE WORD OF FAITH MOVEMENT