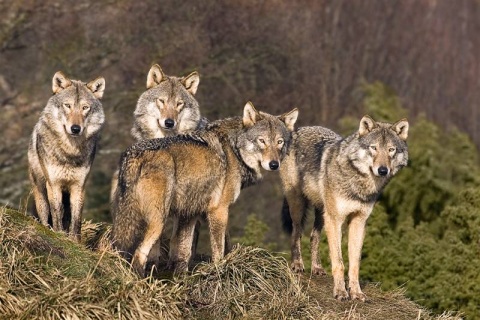 “The gospel’s most dangerous earthly adversaries are not raving atheists who stand outside the door shouting threats and insults. They are church leaders who cultivate a gentle, friendly, pious demeanor but hack away at the foundations of faith under the guise of keeping in step with a changing world.” – Phil Johnson

“Do not participate in the unfruitful works of darkness, but instead even expose them.” (Ephesians 5:11)

There is a spiritual battle of epic proportions going on in churches all over the globe that should drive serious Christians to their knees.  A whole host of aberrant to downright heretical movements have slithered into contemporary evangelicalism and more are being added to the mix virtually every day.

Unbiblical teaching is rampant in mainline Protestant denominations as well as in non-denominational churches.  Inside our churches you will find men and women teaching rank heresy.  Sunday after Sunday people flock to churches and become a captive audience to those who preach outlandish lies and half-truths.  Televangelists are the worst offenders!  Many of them are money grubbing charlatans!  As a result of false teachers and cult leaders gaining worldwide access to churches and Christian ministries over these past few decades to spread their false doctrines, evangelical Christianity is experiencing a downward spiral.

The good news is: “Upon this rock I will build my church,” said the Lord Jesus Christ, “and the gates of hell shall not prevail against it”  (Mat. 16:18).

Matthew Henry stated that “Christ himself is the Rock, the tried foundation of the church; and woe to him that attempts to lay any other!”

Triple “woe” goes to the wolves that have infiltrated evangelicalism and show  a startling disregard for the major tenets of the faith.

Osteen has no theological training and it is obvious from his books, sermons and interviews on television that he has little knowledge of the Scripture. Nevertheless, he has caught an unprecedented wave of popularity and could clearly claim the title as the most admired pastor in America.

Osteen brags that he teaches a non-confrontational gospel.  He believes:

There’s a lot of negativity in the world. We need somebody to bring us hope and somebody to tell us that we can overcome our past and break free from addictions and things like that. And, you know, our whole message is that Jesus came to help us live a great life. And some people are not going to agree with that.

I for one disagree with Joel’s statement that Jesus wanted us to live a “great life.”  Tell that to the persecuted church!  Jesus said “My kingdom is not of this world,” so for many the “great life” Osteen speaks of will not be experienced here on earth, but in the Kingdom of God.  The reason Jesus came to earth was to set the captives free!  Free from what?  Free from sin and death!  Why?  We are dead in our sins.  And by the way, sin is an odious thing – and the God of the Bible is infinitely holy and righteous. (Isaiah 6:3, Rev. 4:8, 2 Thess. 1:6)

Sin makes us unclean, thus the unredeemed are not permitted in the presence of holiness.  How do people get clean?  By believing in Jesus!  Believe that He came to earth to pay the penalty for the sins of the world.  When He died on the cross our debt was paid for – in full.  He died once, for all.  Only believers will spend eternity in heaven. Jesus said, “I am the way, the truth, and the life.  No man cometh unto the Father, but by me” (John 14:6).  Contrary to popular belief there is no way to have a relationship with the One true God unless we believe that we are sinners in need of Savior, “for all have sinned, and come short of the glory of God.” (Rom. 3:23)  God says sinners must be punished, “For the wages of sin is death, but the free gift of God is eternal life in Christ Jesus our Lord” (Rom. 6:23).

This is the true Gospel of Jesus Christ.  Sadly, it is not the gospel people hear from Joel Osteen and countless other word-faith prosperity preachers.

The intent of this article is not to fully examine the Word of Faith Movement (WF), but to give readers a glimpse into their beliefs.  At the end of this piece are links to articles and videos of a few prominent word-faith teachers.  It’s important to take the time to watch these so called teachers and preachers in action.

Following is a summary of WF teaching:

God created man in “God’s class,” as “little gods,” with the potential to exercise what they refer to as the “God-kind of faith” in calling things into existence and living in prosperity and success as sovereign beings. Of course, we forfeited this opportunity by rebelling against God in the Garden and taking upon ourselves Satan’s nature. To correct this situation, Jesus Christ became a man, died spiritually (thus taking upon Himself Satan’s nature), went to hell, was “born again,” rose from the dead with God’s nature again, and then sent the Holy Spirit so that the incarnation could be duplicated in believers, thus fulfilling their calling to be what they call “little gods.” Since we’re called to experience this kind of life now, we should be successful in virtually every area of our lives. To be in debt, then, or be sick, or (as is even taught by the faith teachers) to be left by one’s spouse, simply means that you don’t have enough faith — or you have some secret sin in your life, because if you didn’t, you would be able to handle all of these problems.

In every instance, the “Word-Faith” teaching is guilty of presenting an inflated view of man and a deflated view of God, thereby compromising God’s message as revealed in the Bible. This fast-growing movement has disastrous implications and, in fact, reduces Jesus Christ to a means to an end — when in fact he is the end. If the New Age Movement is the greatest threat to the church from without, “positive confession” may well be it’s greatest threat from within. (Source) 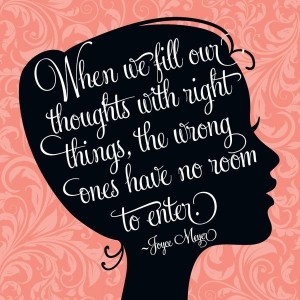 The WF is considered a metaphysical cult.  Pastor/teacher John MacArthur calls it Satanic.  WF holds that faith is a tangible force. This force is released through the spoken word, hence name-it-and-claim-it.  When we speak words of faith, power is discharged that will accomplish our desires. Through faith we can have health, wealth, success – anything we want!

As I previously stated, word-faith teaching ranges from aberrant to outright heretical.  As such these people must be exposed. “For such men are false apostles, deceitful workmen, disguising themselves as apostles of Christ.  And no wonder, for even Satan disguises himself as an angel of light” (2 Cor. 11:13-14).

It is imperative that serious Christians recognize word-faith teaching.  Therefore I’m including Beyond Grace’s Word Faith Top Ten which is an abbreviated version of an article Tricia Tillin wrote: Top Ten Reasons for rejecting Word-of-Faith doctrine.

REASON ONE:
It requires ‘revelation knowledge’.

REASON TWO:
It makes the Almighty God and Creator a weak ‘faith-being’ who is at the mercy of His own universal laws.

REASON THREE:
It makes the Divine Son of God into a born-again man who had to die in Hell to pay the price for our treason.

REASON FOUR:
It elevates man to equality with Jesus.

REASON SIX:
It makes the redemption into a restoration of dominion for mankind.

REASON EIGHT:
It replaces prayer with confession, and God’s will with the manipulation of ‘forces’.

REASON NINE:
It denies the reality of sin and sickness.

REASON TEN:
It focuses on self and the world instead of God and Heaven. 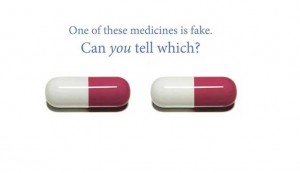 To avoid being taken in by false teachers and cult leaders Christians must have some knowledge of heretical movements such as the word-faith/prosperity gospel/name-it-and-claim-it.  Another movement that is steeped in word-faith theology that’s taking the Church by storm is the New Apostolic Reformation/Dominionism aka Latter Rain/Kingdom Theology/Kingdom Now/Charismatic Renewal/Third Wave/Joel’s Army/Manifest(ed) Sons of God.  Read about this dangerous movement here.

Most false teachers and cultists do not take the opposition’s rebuke or criticism lying down.  In part 4 of a piece I wrote titled Doublespeak: The Language of Deception I explained how words are often used as a club against anyone who reports on the aberrant teaching of those who have “Christian rock star” status:

…Conservative Christian apologists and those involved in the counter cult and discernment ministries who dare to expose apostates are accused of being divisive.  For example, if a conservative attempts to combat the spread of the social justice gospel that emphasizes good deeds without the power of the gospel, their liberal critics cry “Pharisee!”  Implying that these critics are Pharisees is another way of saying that they are narrow-minded, mean-spirited and unloving — and yes, even intolerant and bigoted.

Word Faith (false) teachers use “heresy hunter” to define the opposition. But in reality discernment ministries are “truth-seekers.”

What is heresy and what is a heresy hunter? According to Let Us Reason Ministries:

“Heresy can be defined as any departure from Christian orthodoxy which is a teaching, doctrine or practice that goes beyond the apostles teachings — the faith that was once for all delivered to the saints (Jude 1:3). Biblical heresy is often a denial of the core beliefs held in the Church that are founded on the Bible. In this sense it applies to groups which reject basic Christian doctrines and separate themselves from the historic church.”

Most mature Christians recognize heresy when it rears its ugly head. But when they speak out against prominent false teachers who are leading the Body of Christ astray, their bamboozled followers invariably play the Matthew 7:1 card:

“Judge not, lest you be judged.”

This is doublespeak for:  Shut the heck up!

First of all, discernment demands that we make judgments.  As my pastor, Stan Way, said in a recent sermon, faithful Christians live their lives in a new center of gravity – the biblical worldview.  Serious Christians must stand up and speak the truth with conviction and courage.  We must be willing to lose our life for Christ and the gospel.  In other words, for truth!  Further, we must be willing to be treated with contempt by the world.  Jesus said, “Whosoever therefore shall be ashamed of me and of my words in this adulterous and sinful generation; of him also shall the Son of man be ashamed, when he cometh in the glory of his Father with the holy angels” (Mark 8:38).

So – I am going to name names.  The list of popular word-faith/prosperity teachers numbers in the hundreds.  Following are the names of a few of these who have risen to a more prominent status:

As I have indicated in this piece there are things going on in the Church that are deeply disturbing.  And for this reason it is imperative that Christians have no fear of exposing those who “hack away at the foundations of faith.”  We really have no choice, the reason being that the Bible commands the Body of Christ to “contend for the faith that was once for all entrusted to the saints.” (Jude 1:3)

Articles on Word of Faith/Televangelists – On Solid Rock Resources

Articles on the New Apostolic Reformation – On Solid Rock Resources

Read: “We Can Work It Out:” Is James MacDonald Qualified to Have this Conversation?

Read: Bill Johnson: God Does Not Cause Illness and Never Chooses Not to Heal and Bethel’s Bill Johnson: “Jesus was so empty of divine capacity.”

Read: The Counterfeit Dreams and Visions of “Prophet” Kenneth Hagin

Mainstreaming Mystic Mindedness
Bullets For All

8 Responses to “A fast-growing movement with disastrous implications”