Posted By Marsha West on June 6, 2015 in Alcoholics Anonymous
Share

Many people believe Alcoholics Anonymous or A.A. is a Christian based organization.  Well, nothing could be further from the truth.  Researcher and blogger John Lanagan has uncovered the occult origins of this organization and has written a book and a plethora of articles to expose A.A.’s beliefs.  To discover the truth behind A.A. and its popular Twelve Step program (sadly, many churches have adopted Twelve Steps) visit My Word Like Fire. 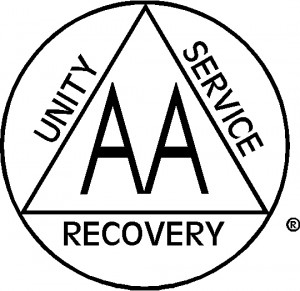 In the Alcoholics Anonymous theology there is no need to accept Christ in order to gain peace with the Father. Christ the mediator has been eliminated.

For there is one God, and one mediator also between God and men, the man Christ Jesus, who gave Himself as a ransom for all, the testimony given at the proper time. (1 Timothy 2:5-6)

“As soon as we admitted the possible existence of a Creative Intelligence, a Spirit of the Universe underlying the totality of things, we began to be possessed by a new sense of power and direction, provided we took other simple steps. We found that God does not make too hard terms with those who seek Him. To us, the Realm of the Spirit is broad, roomy, all inclusive; never exclusive or forbidding to those who earnestly seek. It is open, we believe, to all men.” (Alcoholics Anonymous “Big Book”, pg.46) (bold mine)

Enter through the narrow gate; for the gate is wide and the way is broad that leads to destruction, and there are many who enter through it. (Matthew 7:13)

Because of fear and/or idolatry, Christians in Alcoholics Anonymous continue to defend this anti-biblical organization.***

Alcoholics Anonymous is a ripe mission field–or should be. Unfortunately, the worst missionaries to people in A.A. are often those Christians who attend A.A. and have absorbed the twelve step philosophy. There is much timidity, and much syncretism. There are exceptions to this, but it is a mistake to believe the Christians in A.A. are effectively and boldly delivering the Word of God.

Of course, Christians should not be there in the first place–just as we should remain spiritually separate from Mormons, Jehovahs Witness, etc. (2 Cor 6:14-17)

A.A.’s spiritual emphasis is not on eternity, but on “recovery,” a word that many A.A. Christians now confuse with “sanctification.”

How devious this all is. The twelve steps do not address sin, or repentance, but rather put such things in generic terms: wrongs, making amends, etc. Incredibly, A.A. teaches there is no “easier, softer way” (Alcoholics Anonymous “Big Book,” pg. 58), meaning there are no other alternatives, and this means “church” in particular.

That is correct: Negative comments about “church” are frequentlymade in A.A. meetings. This can even come from members identifying themselves as “Christian.” And so, in this way, alcoholics are further discouraged from going where they could hear about Christ.

Another lie propagated is that alcoholics are too angry to hear about Christ, and so it is better to tell them to seek a “higher power.” Again, incredibly, this seems to be accepted by numerous Christians in Alcoholics Anonymous. I have even heard this from an A.A. Christian in a pastor’s office!

Being in bondage to alcohol is no light thing. Of course, neither is eternal damnation. Alcoholics Anonymous was created to corral people into A.A. to ostensibly deal with alcohol addiction–with life long meetings!–in order to steer them away from the Lord Jesus Christ. (Ephesians 6:12)

Understandably, such a statement angers many. Yet, after decades of twelve step spirituality, we have a weakening church, and a powerful twelve step religion. There is a connection between the two. Secular author Christine Wicker accurately credits Alcoholics Anonymous with “hastening the fall of the evangelical church.”(Fall of the Evangelical Nation, pg. 134-138)

From that time Jesus began to preach and say, “Repent, for the kingdom of heaven is at hand.” (Matthew 4:4)

We are sinners by nature (Original Sin), and by our actions. We are guilty before Him. We cannot measure up to God’s holy standards, and indeed our sins are an offense to Him.

Ask His forgiveness and turn from your sins in your actions and thinking–turn to Him.

that if you confess with your mouth Jesus as Lord, and believe in your heart that God raised Him from the dead, you will be saved; for with the heart a person believes, resulting in righteousness, and with the mouth he confesses, resulting in salvation. (Romans 10:9-10)

For the Scripture says, “WHOEVER BELIEVES IN HIM WILL NOT BE DISAPPOINTED.” (Romans 10:11)

Let us approach alcoholics in love, and with the truth. Be sensitive to the Spirit. This is not about beating someone over the head with the Bible–but it is absolutely NOT about avoiding the gospel message–because we are not ashamed of the gospel, right? We can say “sin,” right? We can explain repentance. We can also share how much He loves us–so much He died for us while we were yet sinners.

If you are in A.A., please understand there are many of us free of drugs and alc0hol who do not attend A.A. or Celebrate Recovery.

Christ may deliver someone instantaneously. I have a number of friends who have been freed like this. So too have many benefited from Teen Challenge, Setting Captives Free, and other Bible-based approaches.

The Lord is fierce; the Lord is holy; and the Lord is kind. He loves us–and may He show us how to reach alcoholics and drug addicts with the Good News.

*** It is a fearful thing, leaving AA. The Big Book (the AA “bible”) states, “We thought we could find an easier, softer way. But we could not.”[1] Because this passage of AA “scripture” is taken literally, alcoholics rarely look elsewhere for help. Christians continue to jam their God, the Ancient of Days, into AA’s chameleon theology.

“Do not participate in the unfruitful works of darkness, but instead even expose them.” (Ephesians 5:11-12)

It is not just fear that keeps us bound to this all-gods religion. The 12 Step experience becomes an idol–long term involvement almost always results in a transference of faith. Bluntly stated, when it comes to sobriety, many Christians end up with more faith in the power of the 12 Step program than in Jesus Christ. (From the article Alcoholics Anonymous co-founders were not Christians.  Read article here)

Wife of Village Church pedophile speaks out about her abuse
The New Transgender Agenda: Cultural Confusion

17 Responses to No need for Christ in Alcoholics Anonymous