Posted By Marsha West on June 7, 2015 in Transgenderism
Share

In this piece Jesse Johnson of The Cripplegate does a stellar job of tackling the crazy mixed up transgender movement which, as you will see, is steeped in gnosticism, a heresy the early Church faced. 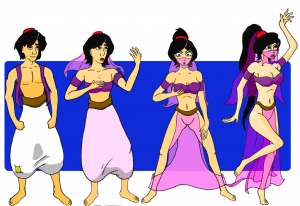 Gnostics were a first-century cult that taught that matter didn’t matter. More precisely, they held that our physical bodies were vulgar and thus lacked value, while our inner spiritual state represented true reality. They taught that because Jesus was the perfect spiritual being, he wouldn’t have even had a physical body. If he would have walked on the beach, he wouldn’t have left foot-prints (which, if true, would radically change many Christian posters).

Gnostics are still around today, only the best place to find them is inside the transgender movement. The modern transgender movement seeks to differentiate between one’s biological sex and the concept of gender. Your sex is what you are born with, while gender is a social construct foisted upon you at birth by a society that (wrongly) assumes that your sex is related to your gender.

This movement has as its goal the obliteration of that connection. Now let me be quick to say that the movement entirely lacks logic and any kind of propositional truth that is remotely plausible. Consider: in claiming that sex and gender are not connected, they also claim that some people can be born with the “wrong” sex (hence a sex-change operation). For example, they purport that a person can be born biologically male, but have an internal gender of female, and hence have the “wrong” body.

Last week I wrote about this issue being forced upon elementary school students in the Washington DC area, but be sure it will come to a school district near you. Short version: the Fairfax County School Board followed a Department of Education recommendation and passed a measure that would allow students to use the restroom of what ever gender they identify as, regardless of their biological sex. You maybe have heard about the gym where the male who self-identified as a woman was using the women’s locker room, or the college where the male student hung out nude in the women’s locker room. Fairfax County wants to bring that to the elementary school level.

How should we respond to this?  Continue reading