Posted By Marsha West on June 8, 2015 in Homosexual Agenda
Share 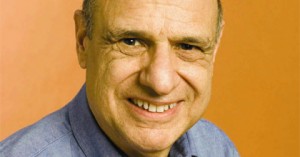 The founder of Red Letter Christians and Emergent Church leader Tony Campolo has called for full inclusion of gay and lesbian “Christians” into the church.  Campolo is a “Progressive Christian” (read: liberal) so it comes as no surprise that he would go against the clear teaching of Scripture on the sin of homosexuality.  For those who are unfamiliar with Mr. Campolo and red letter Christianity, listen to Apprising Ministries Ken Silva describe what he believes:

Well, he or she is somebody whose beliefs are very traditional in a sense. It’s a person that believes in the Apostles’ Creed, who believes salvation comes from Jesus, who believes that the bible was inspired by God, but whose politics are not aligned with the religious right. (Online source)

Hmm, that doesn’t sound quite right. Let me see if I can fix that:

“Well, he or she is somebody whose beliefs are very ‘traditional’ in an ecumenical sense where most any belief that considers itself Christian is accepted as simply another ‘tradition.’ It’s a person that relishes the brevity and non-specifiity of the Apostles’ Creed, who believes that the Bible becomes inspired by God as a given passage ‘speaks’ to them, but whose politics are not aligned with anyone we broad-brush as being part of some nebulous religious right.”

Now the stage is set for the reading of Campolo’s statement:

As a young man I surrendered my life to Jesus and trusted in Him for my salvation, and I have been a staunch evangelical ever since. I rely on the doctrines of the Apostles Creed. I believe the Bible to have been written by men inspired and guided by the Holy Spirit. I place my highest priority on the words of Jesus, emphasizing the 25th chapter of Matthew, where Jesus makes clear that on Judgment Day the defining question will be how each of us responded to those he calls “the least of these”.

From this foundation I have done my best to preach the Gospel, care for the poor and oppressed, and earnestly motivate others to do the same. Because of my open concern for social justice, in recent years I have been asked the same question over and over again: Are you ready to fully accept into the Church those gay Christian couples who have made a lifetime commitment to one another?

While I have always tried to communicate grace and understanding to people on both sides of the issue, my answer to that question has always been somewhat ambiguous. One reason for that ambiguity was that I felt I could do more good for my gay and lesbian brothers and sisters by serving as a bridge person, encouraging the rest of the Church to reach out in love and truly get to know them. The other reason was that, like so many other Christians, I was deeply uncertain about what was right.

It has taken countless hours of prayer, study, conversation and emotional turmoil to bring me to the place where I am finally ready to call for the full acceptance of Christian gay couples into the Church.

For me, the most important part of that process was answering a more fundamental question: What is the point of marriage in the first place? For some Christians, in a tradition that traces back to St. Augustine, the sole purpose of marriage is procreation, which obviously negates the legitimacy of same-sex unions. Others of us, however, recognize a more spiritual dimension of marriage, which is of supreme importance. We believe that God intends married partners to help actualize in each other the “fruits of the spirit,” which are love, joy, peace, patience, kindness, goodness, faithfulness, gentleness and self-control, often citing the Apostle Paul’s comparison of marriage to Christ’s sanctifying relationship with the Church. This doesn’t mean that unmarried people cannot achieve the highest levels of spiritual actualization – our Savior himself was single, after all – but only that the institution of marriage should always be primarily about spiritual growth.

In my own life, my wife Peggy has been easily the greatest encourager of my relationship with Jesus. She has been my prayer partner and, more than anyone else, she has discerned my shortcomings and helped me try to overcome them. Her loving example, constant support, and wise counsel have enabled me to accomplish Kingdom work that I would have not even attempted without her, and I trust she would say the same about my role in her life. Each of us has been God’s gift to the other and our marriage has been a mutually edifying relationship.

One reason I am changing my position on this issue is that, through Peggy, I have come to know so many gay Christian couples whose relationships work in much the same way as our own. Our friendships with these couples have helped me understand how important it is for the exclusion and disapproval of their unions by the Christian community to end. We in the Church should actively support such families. Furthermore, we should be doing all we can to reach, comfort and include all those precious children of God who have been wrongly led to believe that they are mistakes or just not good enough for God, simply because they are not straight.

As a social scientist, I have concluded that sexual orientation is almost never a choice and I have seen how damaging it can be to try to “cure” someone from being gay. As a Christian, my responsibility is not to condemn or reject gay people, but rather to love and embrace them, and to endeavor to draw them into the fellowship of the Church. When we sing the old invitation hymn, “Just As I Am”, I want us to mean it, and I want my gay and lesbian brothers and sisters to know it is true for them too.

Rest assured that I have already heard – and in some cases made – every kind of biblical argument against gay marriage, including those of Dr. Ronald Sider, my esteemed friend and colleague at Eastern University. Obviously, people of good will can and do read the scriptures very differently when it comes to controversial issues, and I am painfully aware that there are ways I could be wrong about this one.

However, I am old enough to remember when we in the Church made strong biblical cases for keeping women out of teaching roles in the Church, and when divorced and remarried people often were excluded from fellowship altogether on the basis of scripture. Not long before that, some Christians even made biblical cases supporting slavery. Many of those people were sincere believers, but most of us now agree that they were wrong. I am afraid we are making the same kind of mistake again, which is why I am speaking out.

I hope what I have written here will help my fellow Christians to lovingly welcome all of our gay and lesbian brothers and sisters into the Church.