Posted By Amy Spreeman on July 20, 2017 in Progressive Christianity
Share 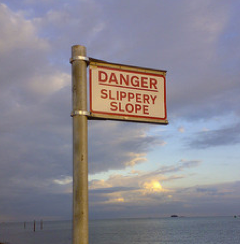 Do you consider yourself a Progressive Christian?  If so, you probably will bristle to hear this, but you are part of an incredibly dangerous movement: Postmodernity. Quite frankly, Postmodernity is the yeast that has taken the Church away from the truth and toward a more tolerant, sin-affirming direction that is muddied with mushy theology.

Progressive Christianity is based on three wicked practices: Scoffing (to debase those who believe the Bible is true), Subversion (to undo traditional doctrine), and Rebellion (against God’s Word as truth).

2 Peter 3:3 “…knowing this first of all, that scoffers will come in the last days with scoffing, following their own sinful desires.”

How can you tell if it has seeped into your church? And if it has, what – if anything – can you do about it? If you’re up to it, gird your loins and check out this video of those voices strategically and intentionally coaching Christians to think about their faith in a whole new, different and exciting way that fits better with the Third Millennium than the old way of thinking that what God said is timeless:

See what they did there? They’ve DECONSTRUCTED the words we use in our doctrine. They do this by casting doubt on the real definitions (good vs. evil; male vs. female, etc.), until the words we use to define truth no longer mean what they used to mean. It’s a whole new way to view church, Jesus, salvation, and hope in the Gospel. In fact it is a very different jesus and different gospel.

This movement isn’t for those of us who believe that all Scripture is God-breathed and is useful for teaching, rebuking, correcting and training in righteousness, so that the servant of God may be thoroughly equipped for every good work, as it states plainly in 2 Timothy 3:16-17.

Progressive Christianity is another word for Postmodernity:

In the so-called “real world,” Post Modernism is a social movement; a rebellion against democracy and capitalism. Classic postmodernity is bent on implementing Marxism (without saying so). Rules are bad. Chaos and equality is good.

We see this in the news under Saul Alinsky’s Rules for Radicals. We see this in the modern churches under the guise of the ever-morphing Emergent Church Movement, which some believe has died out. It has not. Postmoderns in the Church still care about being subversive, not truthful. Real agendas are often concealed behind mission/vision statements. 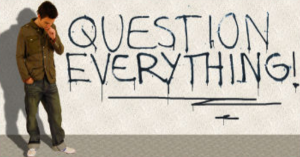 Suddenly, doubt is cool. It’s saying, “I don’t have all the answers and neither do you, but we know the One who does.”  You see, knowing the answers from God’s Word makes you a legalistic Pharisee. Remember those videos in 2005 or so titled “I’m a Christian vs. I’m a Christ Follower?”  Those were produced by a group called Christian No More. While the teens were in the youth room watching Rob Bell’s Nooma videos, churches played these clips during Sunday services. We were all having our faith deconstructed and shipwrecked.

Today’s Postmodern leaders are Andy Stanley of NorthPoint Church, and Nick Hall, who organizes large events like Reset for millennials.

With Post Modern churches, it comes down to the Authority of Scripture (as opposed to NAR or other movements where the Sufficiency of Scripture is questioned/ignored. NAR adds to Scripture, Postmodernism subtracts from the truth of historical biblical Christianity/doctrine).

I highly recommend this video, The Real Roots of the Emergent Church, by Elliott Nesch:

DO YOUR HOMEWORK!  Check out these related articles:

Over at the PCA (Progressive Christianity Alliance), a group that calls itself a “Mustard Seed Revolution of Grace, Love and Inclusion,” their website lists these “allies” and partners who are working toward changing Christianity as we know it:

Below is a listing of some of our friends in ministry and and organizations that our members and clergy are involved with.  While there is much diversity in these listings; we all hold a common desire to serve God and love one another in a visible and tangible way; although our focuses differ.

Seeing the Unseen: The Nature of Spiritual Warfare
Civilized life is coming a part at the seams