Posted By Amy Spreeman on July 10, 2016 in Contemplative Prayer
Share

Several years ago when Rick Warren promoted the pagan mantra technique of Centering Prayer on his Pastor’s Toolbox site, the post was yanked down when concerned Christians became alarmed and spoke up. Perhaps he was dipping a toe in the contemplative water to see if others would join him in the shallow end of the mystical pool.  Since that time though, the Saddleback pastor has been getting bolder in his contemplative prayer posts. (Last year for instance, he spoke at the Hillsong 2015 Conference and taught contemplative prayer techniques.)

This post from last week tells us that in spite of the warnings from those concerned about New Age seeping into the church, Warren has no problem with breath prayers, centering prayers or any other mystical practices: 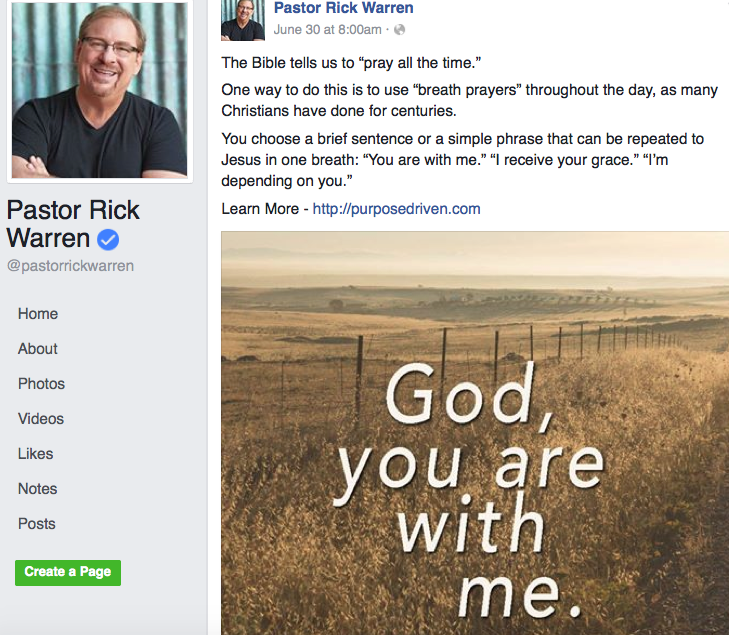 In the aftermath of tragedy, we must be about the Father’s business
Brian Brodersen and Greg Laurie’s “Big Picture of Christianity”

32 Responses to Rick Warren gets bolder in promoting breath prayer