Posted By Amy Spreeman on March 23, 2016 in Politics
Share

Uh-oh, this report will perhaps open some eyes of those who say Glenn Beck may surely be an undercover Christian, or that he may at least be close to accepting the truth about his false religion from those evangelicals who allegedly are sharing it with him.   No, Beck knows exactly whom he worships, and it ain’t the Jesus of the Scriptures, but a very different Jesus.

Jeff Maples over at P&P reports: 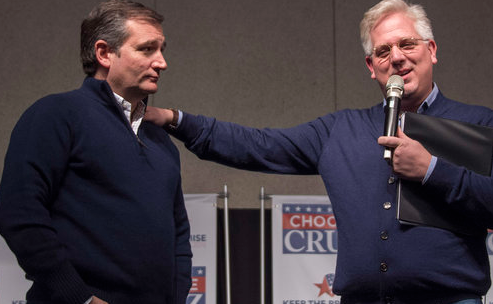 At a Utah rally with Glenn Beck supporting Ted Cruz last week, Glenn Beck gave a speech declaring that Ted Cruz was the fulfillment of the Mormon White Horse Prophecy. The Mormon University, Brigham Young, explains the prophecy likes this:

Will the Constitution be destroyed? No; it will be held inviolate by this people; and, as Joseph Smith said, “The time will come when the destiny of the nation will hang upon a single thread. At that critical juncture, this people will step forth and save it from the threatened destruction.”

At another Rally in Salt Lake City, Utah, Beck, in shocking admission it seems, implies that Mormons and Evangelicals worship a different God.

Utah has an incredible opportunity. So many Christians have been standing up. But all throughout the South the Evangelicals are not listening to their God. Let us raise a standard in Utah.

Read the rest here, and watch the video:

Mormonism/Latter Day Saints is not Christianity. Please read and share our White Paper on Mormonism.

9 Responses to Um, about that “jesus” Glenn Beck believes in…