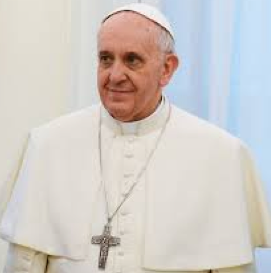 ROME — The Vatican said Wednesday that it had concluded a treaty to recognize Palestinian statehood, a symbolic but significant step welcomed by Palestinians but upsetting to the Israeli government.

Formal recognition of a Palestinian state by the Vatican, which has deep religious interests in the Israeli-occupied Palestinian territories that include Christian holy sites, lends a powerful signal of moral authority and legitimacy to the efforts by the Palestinian Authority’s president, Mahmoud Abbas, to achieve statehood despite the long paralyzed Israeli-Palestinian peace process.

A statement from a joint commission of Vatican and Palestinian diplomatic officials, posted on the Vatican news website, said “the work of the commission on the text of the agreement has been concluded,” and that it would be submitted for formal approval and for signing “in the near future.”

Hanna Amireh, head of a Palestinian committee on church affairs, said the treaty was a broad one regarding the Vatican’s interests in the West Bank, East Jerusalem and the Gaza Strip, including the standing of churches and church courts and taxes on church charities, institutions and lands, as well as other cultural and diplomatic matters. He said it had been under negotiation for about a year.

“The Vatican is the spiritual capital of the Catholics, and they are recognizing Palestine, that’s the chief importance,” said Mr. Amireh, who is also a member of the Palestine Liberation Organization’s executive committee. The move counters an image of Palestinians as militants or terrorists, he added, as a “recognition of the Palestinian character that has a clear message for coexistence and peace.”

A senior Israeli Foreign Ministry official, who spoke on the condition of anonymity under diplomatic protocol, said Israel was “disappointed to hear” about the Vatican’s use of the term “state” in its new treaty.

”This step does not advance the peace process and pushes the Palestinian leadership further away from returning to a direct and bilateral negotiation,” the official said in a statement, echoing Israel’s reactions to a series of recent parliamentary resolutions on Palestinian statehood in European nations. “Israel will study the agreement and consider its next steps accordingly.”

Pope Francis, the leader of the world’s 1 billion Catholics, has long signaled his wish for a Palestinian state. For the past year, the Vatican had informally referred to the country as “state of Palestine,” in its yearbook as well as in its program for Francis’ 2014 visit to the Holy Land.

During that visit, Francis gave an additional boost to Palestinian sovereignty by flying directly to Bethlehem from Amman, Jordan, rather than stopping first in Israel as his predecessors had done. Francis later hosted the Palestinian and Israeli presidents in a prayer for peace.

“The Shack Up” – Part 1
The Catholic Church Has Gone Socialist