Posted By Marsha West on August 8, 2016 in Alcoholics Anonymous, Discernment, Occult, Psychology in the Church 2
Share

Gary Gilley and M. Kurt Goedelman examine the controversial topic of psychology in the Church and what is termed “codependency.” Codependency was introduced into the Christian community through Frank Minirth, Paul Meier, and Henry Cloud. Many readers will be surprised to learn that there is neither scientific nor biblical evidence to support the theories of Minirith, Meier, Cloud and other “Christian psychologists.”

Also addressed is Alcoholics Anonymous for the reason that there are thousands of recovery groups that are modeled after AA. Many believers think that AA’s founders were Christians who established their organization on biblical principles when nothing could be further from the truth. The founders were steeped in the occult, as you will see. 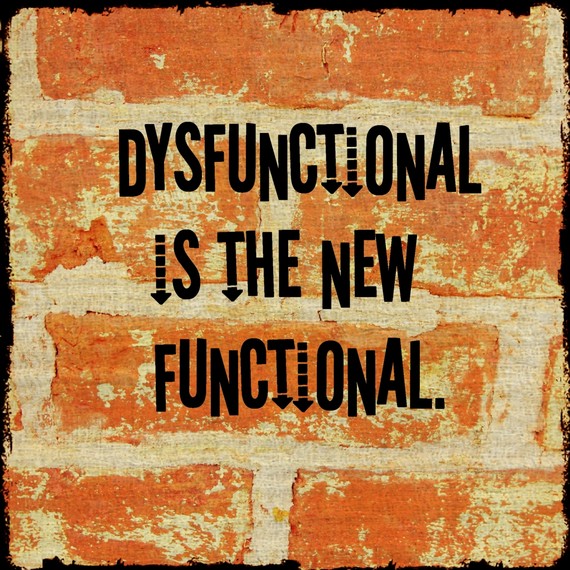 A DEFINITION OF CODEPENDENCY

In The Christian’s Guide to Psychological Terms, Marshall and Mary Asher call codependency, “An irrational, unhealthy relationship where one or both parties are emotionally dependent on each other.” [2] They further note, “The term codependency is a term used in non-technical literature and especially self-help literature.” [3]

Martin and Deidre Bobgan, who for more than 30 years have educated Christians on the dangers of psychological counseling theories, tell us, “The word codependent was first used in the late 1970s to describe those people ‘whose lives had become unmanageable as a result of living in a committed relationship with an alcoholic.’”[4]

Citing two professionals in the field, the Bobgans wrote, “Originally, it [codependency] was used to describe the person or persons whose lives were affected as a result of their being involved with someone who was chemically dependent.” [5]

Today, definitions vary so much that it is often difficult to be certain what is being talked about.

Consider the ways that the term is described and explained by several popular “Christian” psychologizers:

“In its broadest sense, codependency can be defined as ‘an addiction to people, behaviors, or things.’ Codependency is the fallacy of trying to control interior feelings by controlling people, things, and events on the outside. To the codependent, control or the lack of it is central to every aspect of life. The codependent may be addicted to another person. In this interpersonal codependency, the codependent has become so elaborately enmeshed in the other person that the sense of self — personal identity — is severely restricted, crowded out by that other person’s identity and problems.” [7]

“It’s [codependency] the condition when the love tanks are running on empty.” [8]

Confused? Even Melody Beattie, the acknowledged spokeswoman for codependency, admitted:

“There are almost as many definitions of codependency as there are experiences that represent it. In desperation (or perhaps enlightenment), some therapists have proclaimed: ‘Codependency is anything, and everyone is codependent.’” [10]

Not only are the experts uncertain about what this “disorder” is, they are also not sure who has it. Drs. Robert Hemfelt, Frank Minirth, and Paul Meier tell us that roughly 100 million Americans suffer from codependency. [11]

It has been estimated by yet another source that 85 percent of the codependent population is female. The primary reason is that traditional feminine traits and behaviors such as nurturing, mothering, and developing intimate relationships are often considered symptoms of codependency. Women who have chosen to be caretakers and nurturers rather than put their own feelings and desires above others are labeled codependent.

While we would acknowledge that these traits can be carried too far by some, we are greatly concerned when we are told that virtually the whole adult population — especially women — is suffering from this “disease.” Psychologists may be confusing codependence with unselfish acts of love and their goal may be to turn us into people who serve and love self more than others. If so, they are in contradiction with Philippians 2:3-4.

THE CAUSE OF CODEPENDENCY

Psychologists Hemfelt, Minirth, and Meier say that “unmet emotional needs, lost childhood, and the compulsion to fix the dysfunctional family” lead to codependency.[12] While these causes are interrelated, we will take them one at a time.

Unmet Emotional Needs: The theory is that we each have a reservoir of love — a “love tank.” If our reservoir has not been filled by the “significant others” in our lives, our emotional needs will not be met and we will become codependent. [13] This theory especially targets children.

Lost Childhood: Children lose their childhood through abuse usually by parents or parental figures. Active abuse such as incest and physical or emotional abuse are the most recognized forms and we must not deny or minimize them. However, we are told of more subtle forms of abuse that apparently leave similar scars on a child’s life. Hemfelt, Minirth, and Meier assert there are other forms of abuse that are often not recognized. These include one parent who is preoccupied and unavailable to a child emotionally, a child who is not constantly praised, a lack of touching and hugging in the family, parents who are not at peace with one another sexually, parents who demand “too much,” parents depending too much on their children, a parent who is too rigid, and so forth. [14]

It is important to mention two points in response to the subtle forms of abuse suggested above. This view places extreme pressure on parents who don’t know where the line is between emotional availability and overindulgence, between firmness and rigidity, or expecting too much and not enough. What a horrible position to be in, knowing that the answers to these questions are relative, yet knowing that failure on our part will “scar” our children for life.

The biblical view would be that parents do have responsibility to their children, but that they are not responsible for the choices their children make. Likewise, instead of blaming our parents for the mistakes they made while raising us, we must take responsibility for our own actions. By the codependent definition of abuse, virtually all children in the past should have developed into codependents. Parents of 10 or more children could not have been emotionally available to all of them all the time. It would have been difficult if not impossible to fill their children’s love tanks while they worked 60 or more hours per week and their children often worked as well. Yet from all observations children in the past were as mentally healthy as those today, perhaps more so.

Second, and even more critical: If codependency has been our problem all of these years, God has failed us by not giving us instructions on how to deal with it and worse yet, has revealed this problem and its solution mostly to those who reject Christ and His revelation.

The Compulsion to Fix the Dysfunctional Family: Hemfelt, Minirth, and Meier also wrote:

People want to re-create a painful situation, we are told, because we are compelled by our unconscious minds, which control 80 percent of our decisions (apparently without our conscious knowledge). [16] Why we would unconsciously choose to put ourselves through such pain is difficult to understand, but those in the codependency movement give three reasons:

• We believe that if the original situation can be drummed back into existence, this time around we can fix it. We can cure the pain. We know we can! The codependent possesses a powerful need to go back and fix what was wrong, he must cure the original pain.

• We believe that we were responsible for the rotten original family; therefore, we must be punished — we deserve pain. Codependents may actually be hooked on misery.

• We believe that there is that yearning for the familiar and the secure. Even if the past was painful, at least it was home.

John Bradshaw, author and television codependency guru, blames biblical teaching that everyone is born in a condition of sin. He asserts that such teaching produces a “shame-based” personality destined to become an addict. He wrote:

Actually, the various “experts” come up with numerous and often contradictory reasons why they believe people become codependent. Why so many options? Perhaps this quote from the University of California’s Wellness Letter explains the problem:

“The literature of codependency is based on assertions, generalizations, and anecdotes. … To start without the slightest shred of scientific evidence and casually label large groups as diseased may be helpful to a few, but it is potentially harmful and exploitative as well. If as the best sellers claim, ‘all society is an addict’ and 96% of us are codependents, that leaves precious few of us outside the rehab centers — but at that point the claims become ludicrous at best.” [18]

The codependency movement is quickly turning biblical living into a vice. Those who choose to put Christ and others before their own needs are being told they are sick and in need of therapy. It is no wonder that their world is confused.  Continue reading

Check out our White Paper on Occult-Sorcery

The problem with tolerating false teachers is…
The Book of Mysteries: Hidden Keys or Hype?

2 Responses to Biblical View of Codependency and Alcoholics Anonymous