When you think of the Word of Faith movement, you imagine leaders like Kenneth Copeland, Benny Hinn and others who tell us that our faith is a “force,” and the words we speak have the power to create something new. The Word of Faith proponents promise we can obtain health, wealth, success, and more if we simply have enough faith. Biblical Christianity says no.

Just two weeks ago, Tennessee pastor Steve Gaines was elected as president of the Southern Baptist Convention (SBC). In his article, Steve Gaines: You Must ‘Name It and Claim It,” Or You Will ‘Walk In Fear and Defeat,’ Jeff Maples reports: 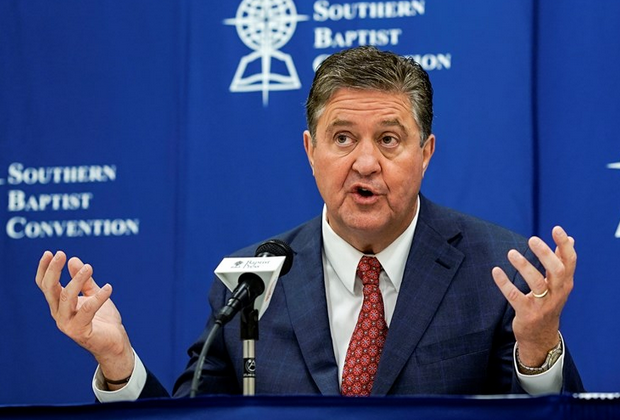 Congratulations to Southern Baptists. We have now tipped the tides to a fully Word of Faith-affirming denomination. Recently elected SBC president, Steve Gaines has told his followers that they need to pray and claim God’s promises in Scripture in order to have “victory,” otherwise you will face sure defeat.

Never-mind that Jesus has already defeated the enemy on the cross. Never-mind that salvation is by Grace Alone through Faith Alone. According to Gaines, you must actively repeat God’s words back to him on a regular basis in order to walk in faith and victory.

“Naming it and claiming it” is a phrase used in reference to the Prosperity Gospel (Word of Faith), an aberrant and unbiblical theology that is closely tied to charismatic and non-cessationist congregations.

This isn’t the first time that Gaines has promoted his Word of Faith ideology. In 2014, he tweeted a statement that referenced the classic seed-faith heresy that our words are “seeds” that can bring prosperity or curse among us. See below:

While we certainly believe that cursing and using foul language is unbecoming of someone who calls themselves a Christian, we unequivocally deny Word of Faith theology, and all of it’s derivatives.

In 2014, Pulpit & Pen did a podcast program with Justin Peters discussing this very issue around Steve Gaines. The discussion begins around the 10:00 mark.

Please see our White Paper on the Word of Faith Movement.

Brian McLaren’s “new music for a new Christianity”
Who May Speak, after Orlando?

6 Responses to Is the SBC becoming Word of Faith?