Posted By Marsha West on November 8, 2015 in Christian Mysticism
Share 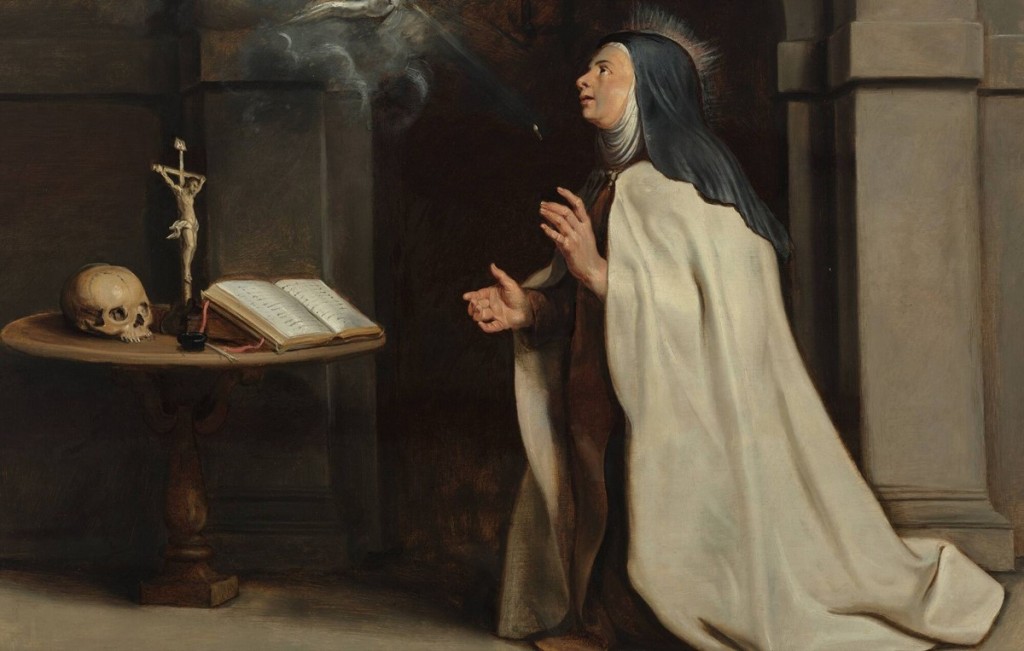 Do not be unequally yoked with unbelievers. For what partnership has righteousness with lawlessness? Or what fellowship has light with darkness? What accord has Christ with Belial? Or what portion does a believer share with an unbeliever? What agreement has the temple of God with idols? For we are the temple of the living God. — 2 Cor. 6:14-16

For a couple of decades there has been a big push by numerous evangelical leaders to incorporate pagan practices into the visible Church.  These unbiblical practices have their origins in Eastern religions such as Hinduism and Buddhism, likewise the New Age movement.  Roman Catholic Trappist Monks fully embraced Eastern religion’s pagan practices.  Through the writings of Thomas Merton, Basil Pennington, William Menninger and Thomas Keating these practices have been introduced into mainline Protestant churches as well as independent, nondenominational, charismatic and Pentecostal churches.

Those who wish to develop a more meaningful prayer life are urged by popular evangelicals such as Dallas Willard, Richard Foster, Rick Warren, John Ortberg, Ruth Haley Barton and Tony Campolo, just to name a few, to undertake a mystical prayer practice called The Silence.

How does one achieve The Silence?  By practicing eastern-style mantra meditation aka Transcendental Meditation (TM).

What is the goal of TM?  To gain “ultimate knowledge of God by a direct experience that bypasses the mind.”

What must one do to attain this sort of mind-altering experience? Settle into a quiet comfortable place and with eyes closed repeat a word or phrase from Scripture over and over until the thinking process shuts down to the point of silence…..and, low and behold, the practitioner will allegedly have an encounter with God in the spirit realm.

Our final goal is ‘union with God,’ which is a pure relationship where we see ‘nothing.’ (Source)

Wow.  Sounds a bit New Age, doesn’t it?  No doubt about it! And because it is New Age, why, pray tell, do shepherds of the flock not have a problem pushing this sort of practice on their sheep? 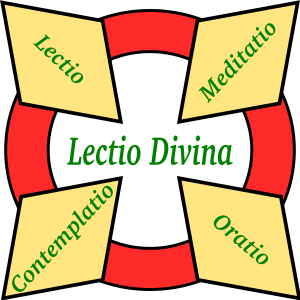 Undoubtedly many Christians have never heard of The Silence.  Be that as it may, terms such as Contemplative prayer; centering prayer; lectio divina; Divine presence; sacred word; transformation/transforming union; listening prayer; soaking prayer; and breath prayer may ring a bell.  But it matters not what term we use; what matters is that to pray The Silence is unbiblical.

The influence of Buddhism and Hinduism on Contemplative Prayer … is apparent. Words such as “detachment,” “transformation,” “emptiness,” “enlightenment” and “awakening” swim in and out of the waters of these books. The use of such terms certainly mandates a closer inspection of what is being taught, despite the fact that contemplative prayer is presented as Christian practice.

Themes that one finds echoed in the CP movement include the notions that true prayer is: silent, beyond words, beyond thought, does away with the “false self,” triggers transformation of consciousness, and is an awakening. Suggested techniques often include breathing exercises, visualization, repetition of a word or phrase, and detachment from thinking.  (Source)

Evangelical pastor Gary Gilley also tells us what to watch out for:

[C]ontemplative prayer is not the same as prayer defined biblically; “sacred reading” (also called lectio divina) of Scripture is not the same as Bible study; meditation (mystically encountering God) is not the same as knowing God and so forth. Many of the same terms are used, but as the classical liberals, and the more recent emergents, are fond of doing, they take our terms, including biblical ones, and give them new definitions and twists. (Source)

Paul wrote, “Train yourself for godliness” (1 Tim. 4:7). This sort of training promotes Christlikeness. The ESV translates “train” as “discipline.” To “train yourself for godliness” means a call to holy living.  It also means hard work.  According to the John MacArthur Study Bible study notes, “train” is an athletic term “denoting the rigorous, self-sacrificing exercise an athlete undergoes. Spiritual self-discipline is the path to godly living.”  Training such as this has been termed “spiritual exercises” or “spiritual disciplines.” As a result of “spiritual disciplines” many Christians now practice Contemplative Prayer.  Many CP practitioners believe that they’re receiving direct revelations from God.  “From years of studying mystics of all stripes,” says Ken Silva, “I can tell you their perceived revelations then trump the texts of Holy Scripture for them.  In other words, rather than testing these experiences by God’s Word, now these (CP) practitioners … are instead using their feelings to interpret the Bible through what they think God is saying.  I’m telling you, the tragic fact is, the mainstream of professing Christendom is rapidly devolving into all kinds of silly superstitions.” (Source)

Nowadays spiritual disciplines may include Bible reading, meditation, worship, giving away money, fasting, solitude, fellowship, deeds of service, evangelism, almsgiving, creation care, journaling, missionary work, and more. It may include vows of celibacy, self-flagellation, and chanting mantras. In popular usage, some of these so-called spiritual disciplines are entirely divorced from any specific doctrine whatsoever, Christian or otherwise: they are merely a matter of technique. That is why people sometimes say, “For your doctrine, by all means commit yourselves to evangelical confessionalism. But when it comes to the spiritual disciplines, turn to Catholicism or perhaps Buddhism.” What is universally presupposed by the expression “spiritual discipline” is that such disciplines are intended to increase our spirituality. From a Christian perspective, however, it is simply not possible to increase one’s spirituality without possessing the Holy Spirit and submitting to his transforming instruction and power. Techniques are never neutral. They are invariably loaded with theological presuppositions, often unrecognized.  (emphasis added) (Source)

As I said above, many Christians feel like something is missing from their prayer life and they long to “connect with God” in a more meaningful way.  So they’ll do just about anything to “cultivate intimacy with God,” including unbiblical meditation.  The irony is that they’ll attempt to defend an unbiblical practice by quoting Scripture.  Take for example Joshua 1:8:

This book of the law shall not depart out of thy mouth; but thou shalt meditate therein day and night, that thou mayest observe to do according to all that is written therein: for then thou shalt make thy way prosperous, and then thou shalt have good success.

Some Christians will argue that Joshua 1:8 shows that God approves of this mind emptying type of meditation.  Wrong!  The text is instructing us to meditate on God’s Word, not to empty our minds.

I’ll explain biblical mediation in a moment. But first let’s look at how Webster’s defines meditation:

The words Ponder, Meditate, Muse, and Ruminate are synonyms and mean to consider or examine attentively or deliberately. PONDER implies a careful weighing of a problem or, often, prolonged inconclusive thinking about a matter; MEDITATE implies a definite focusing of one’s thoughts on something as to understand it deeply; muse suggests a more or less focused daydreaming as in remembrance; RUMINATE implies going over the same matter in one’s thoughts again and again but suggests little of either purposive thinking or rapt absorption.

Now let’s look at Psalm 119 to see what the Bible teaches on meditation:

Princes also did sit and speak against me: but thy servant did meditate in thy statutes. (119:23)

Make me to understand the way of thy precepts: so shall I talk of thy wondrous works. (119:27)

My hands also will I lift up unto thy commandments, which I have loved; and I will meditate in thy statutes. (119:48)

The Apostle Paul says the following:

Consider what I say; and the Lord give thee understanding in all things. (2 Tim 2:7)

Could the Almighty have made the meaning of meditation any clearer? God has also made it abundantly clear that He forbids His people to indulge in any form of pagan idolatry.  So practicing mystical mantra meditation is going against God!  This alone should be enough to scare individuals away from this type of approach to prayer.

When it comes to pagan practices God leaves no room for doubt: Do it and die spiritually…even physically, as in King Saul’s case.

Over the years I have dealt with “Christian yoga” in several of my columns.  So I’ll briefly touch on it 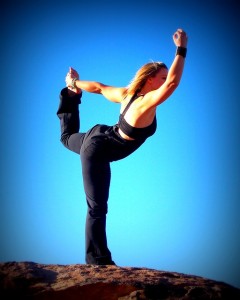 here for the simple reason that a large number of professing Christians have wholeheartedly embraced the Buddhist practice of yoga.  Even churches offer yoga classes with a Christian spin on it!  Not surprisingly, enterprising Christians head up successful yoga businesses such as “Holy Yoga,” “PraiseMoves and “Yahweh Yoga” (YY) just to name a few.  YY’s website promises to “increase the kingdom of Jesus Christ by establishing, providing and maintaining a Christian yoga studio and teaching academy that honors God in all business and ministry endeavors. Yahweh Yoga seeks to…empower men and women to de-stress, to grow in their relationship with Jesus Christ and to improve their mind, body and spirit…”

It’s not a stretch to say that the language used to promote YY comes right out of the New Age handbook.

In one of my columns entitled Can A Pagan Practice Be “Christianized” I drew attention to the fact that:

Yoga is being marketed to mainline churches with the assurance of creating stress reduction, developing self-confidence, and improving concentration. It is also marketed to business and industry, athletes, senior citizens, students, teens and adolescents. Because of our fast paced life-style, who wouldn’t want to reduce stress? This is why yoga classes have become so popular.

Now here’s the main reason Christians should avoid yoga. Christian apologists John Ankerberg and John Weldon maintain that, “The basic premise of yoga theory is the fundamental unity of all existence: God, man, and all of creation are ultimately one divine reality.” To explain the basic premise, the authors quote from an editorial in the Yoga Journal:

“We are all aware that yoga means ‘union’ and that the practice of yoga unites body, breath, and mind, lower and higher energy centers and, ultimately self and God, or higher Self. But more broadly, yoga directs our attention to the unity or oneness that underlies our fragmented experiences and equally fragmented world. Family, friends, the Druze guerrilla in Lebanon, the great whale migrating north — all share the same essential [divine] nature.”

This quote alone should raise concerns among Christians but when looked at in light of Bible expositor John MacArthur’s comments extracted from a CNN Primetime interview where he was asked “Should Christians practice yoga,” it ought to be completely clear that Christians should not participate:

John MacArthur…wondered why Christians would want to “borrow a term that is part of a false religion” (that clashes with historic orthodox Christianity). MacArthur contends that Christians shouldn’t put themselves in weird physical positions, empty their minds, focus on him or herself, and try to find the “god within” as a way to relieve stress. “This is practicing a false religion,” he said rather pointedly. Then he boldly shared the gospel. He said in order to have a whole and complete life, Christians must go to the Word of God, to the Gospel of Jesus Christ, “The idea of Christianity is to fill your mind with biblical truth and focus on the God which is above you.”

We can be thankful that there are a few Christian leaders in America who are willing to stand up for the truth.

In conclusion, “Christian mysticism” has emerged from false religious systems.  But instead of fleeing from magical mystical practices, scores of Christians have embraced them!  The brethren must be warned that Scripture strictly forbids uniting with pagans and apostates.  Moreover, those who profess Christ must be admonished not to participate in Contemplative Prayer or any sort of mantra meditation for the reason that spiritual harm can result from it.

The Transgender War on Everything
Wisconsin Church Event: “Raising a Jedi: Spiritual Formation and the Force”