Posted By Marsha West on November 7, 2015 in Homosexual Agenda
Share 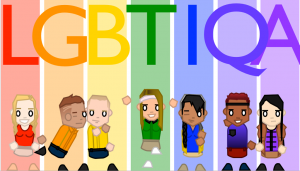 War has been declared on normality, reality, biology, morality and sanity. The militant homosexual/transgender revolutionaries have unleashed a reign of terror on everyone and everything that stands in their way. And everywhere casualties are mounting up.

All this chaos, carnage and confusion is being brought upon us by the aid of scientifically bogus propaganda which has been used to fool millions, and has done untold damage, especially to our children. The claim that homosexuality is genetically based and is immutable is one of the lies being pushed.

But at the same time we are being told with utter assurance that gender is fluid, a social construct, and can be changed at will. Um, so why is it that a person can be heterosexual today, bisexual tomorrow, transgender the next day, transvestite the following day, and so on, but the homosexual condition is set in concrete and inalterable?

The propaganda of the sexual anarchists has taken hold in our culture to such an extent that we can cling to completely contradictory claims without even batting an eyelash. In my books I have debunked the various claims about homosexual determinism, and fortunately many experts are now coming out debunking the baloney of the transgender activists.

A recent article has highlighted his very grave concerns about the transgender movement, and is worth quoting from at length:

A prominent Toronto psychiatrist has severely criticized the assumptions underlying what has been dubbed by critics as the Canadian federal government’s “bathroom bill,” that is, Bill C-279, a private member’s bill that would afford special protection to so-called “transgender” men and women.

Dr. Joseph Berger has issued a statement saying that from a medical and scientific perspective there is no such thing as a “transgendered” person, and that terms such as “gender expression” and “gender identity” used in the bill are at the very least ambiguous, and are more an emotional appeal than a statement of scientific fact.

Berger, who is a consulting psychiatrist in Toronto and whose list of credentials establishes him as an expert in the field of mental illness, stated that people who identify themselves as “transgendered” are mentally ill or simply unhappy, and pointed out that hormone therapy and surgery are not appropriate treatments for psychosis or unhappiness.

“‘Transgendered’ are people who claim that they really are or wish to be people of the sex opposite to which they were born, or to which their chromosomal configuration attests,” Dr. Berger stated. “Sometimes, some of these people have claimed that they are ‘a woman trapped in a man’s body’ or alternatively ‘a man trapped in a woman’s body’.”

“The medical treatment of delusions, psychosis or emotional happiness is not surgery,” Dr. Berger stated.

“On the other hand,” Dr. Berger continued, “if these people are asked to clarify exactly what they believe, that is to say do they truly believe whichever of those above propositions applies to them and they say ‘no’, then they know that such a proposition is not true, but that they ‘feel’ it, then what we are talking about scientifically, is just unhappiness, and that unhappiness is being accompanied by a wish – that leads some people into taking hormones that predominate in the other sex, and even having cosmetic surgery designed to make them ‘appear’ as if they are a person of the opposite sex.”

He explained that cosmetic surgery will not change the chromosomes of a human being in that it will not make a man become a woman, capable of menstruating, ovulating, and having children, nor will it make a woman into a man, capable of generating sperm that can unite with an egg or ovum from a woman and fertilize that egg to produce a human child.

Moreover, Dr. Berger stated that the arguments put forward by those advocating for special rights for gender confused people have no scientific value and are subjective and emotional appeals with no objective scientific basis.
“I have read the brief put forward by those advocating special rights, and I find nothing of scientific value in it,” Dr. Berger said in his statement. “Words and phrases, such as ‘the inner space,’ are used that have no objective scientific basis.”

“These are the scientific facts,” Dr. Berger said. “There seems to me to be no medical or scientific reason to grant any special rights or considerations to people who are unhappy with the sex they were born into, or to people who wish to dress in the clothes of the opposite sex.”

“The so-called ‘confusion’ about their sexuality that a teenager or adult has is purely psychological. As a psychiatrist, I see no reason for people who identify themselves in these ways to have any rights or privileges different from everyone else in Canada,” he concluded.

I encourage you to read the entire article. But another brand new piece is also worth mentioning. Matt Walsh offers us some hard-headed realism in his column, “With The ‘Transgender’ Movement, Liberalism Has Finally Descended Into Total Madness”. He writes: Continue reading

READ OUR WHITE PAPER ON THE HOMOSEXUAL AGENDA

Is there a war going on between God and His forces on one side and Satan and his forces on the other?
Christians Mystically Encountering God

4 Responses to The Transgender War on Everything