Posted By Berean Research on October 21, 2020 in Catholic, Discernment, Homosexual Agenda, In the News 0
Share 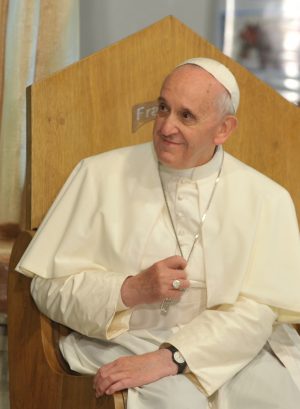 “Homosexuals have a right to be part of the family. They’re children of God and have a right to a family. Nobody should be thrown out, or be made miserable because of it.
What we have to create is a civil union law. That way, they are legally covered. I stood up for that.” — Pope Francis

Pope Francis called for the passage of civil union laws for same-sex couples in a documentary, “Francesco,” that aired in Rome on Wednesday, in a major departure from the position held by the Vatican’s doctrinal office.

The documentary also includes a story of the pontiff encouraging two Italian men in a same-sex relationship to raise their children in their parish church, according to the Catholic News Agency (CNA).

me-sex marriage in 2010 while he was archbishop of Buenos Aires.

“This is the first time as pope he’s making such a clear statement,” the Rev. James Martin, a prominent Jesuit who has advocated for the church to more openly welcome LGBT members, told the Washington Post. “I think it’s a big step forward. In the past, even civil unions were frowned upon in many quarters of the church. He is putting his weight behind legal recognition of same-sex civil unions.”

What the Bible says about homosexuality:

1 Cor 6:9-11 tells us there is no such thing as a homosexual Christian. But the Good News is that Christ’s shed blood covers all sin. Unfortunately, the homosexual agenda’s strategy is to make churches either silent and powerless to speak Truth, or to get them on board as “gay affirming.”

See our White Papers on the Homosexuality Agenda and Roman Catholocism

Christians and Halloween: Where do you land?
Oxford Changes Definition of Man and Woman to Be More LGBT Inclusive