Posted By Amy Spreeman on January 27, 2016 in Discernment
Share

The following is an article by Sarah Leslie of Herescope, and is republished her with her permission: 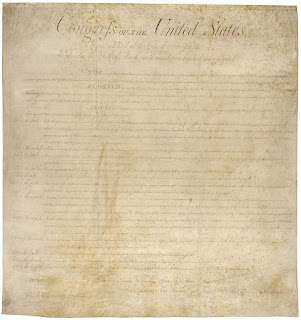 “…Men and brethren, let me freely speak unto you…. “
~Peter, the Apostle (Acts 2:29)
Congress shall make no law respecting an establishment of religion, or prohibiting the free exercise thereof; or abridging the freedom of speech, or of the press; or the right of the people peaceably to assemble, and to petition the Government for a redress of grievances.
~First Amendment, Bill of Rights, U.S. Constitution

The censorship movement is radical. It is starting to make everyone in the country feel harassed and anxious. It is odd to see candidates miss a rising issue that is giving pause to so many Americans.

I pray someone will address it. Literally, I just did.    (Source)

This Herescope post is an answer to her prayers. It may be an unexpected answer and a politically incorrect answer, but nevertheless it is a response. It represents an exercise in the right of free speech and freedom of religion.Noonan, a former speechwriter to President Reagan with conservative credentials, titled her article “The First Amendment Needs Your Prayers.”

She was upset about social media reactions during the San Bernardino massacre, “even while it is happening,” especially from a U.S. Senator Chris Murphy (CT) who sent out a message stating, “Your ‘thoughts’ should be about steps to take to stop this carnage. Your ‘prayers’ should be for forgiveness if you do nothing—again.” According to Noonan this heavy-handed ridiculing of people who were praying during the massacre “immediately won a name: ‘prayer shaming.’”
Noonan then expressed more concerns:…Americans are growing weary of being told what they can and cannot publicly say, proclaim and think. We all know what’s going on at the colleges, with the mad little Marats and Robespierres who are telling students and administrators what they are and are not allowed to say or do.
This is not just kids acting up at this point, it’s a real censorship movement backed by an ideology that is hostile to the First Amendment to the U.S. Constitution. It is led by students who, though they managed to get into the greatest universities in the country, seem never to have been taught to love the little amendment that guarantees free speech and free religious observance, the two pillars without which America collapses. And too bad, because when you don’t love something you lose it.  It is my impression that what is happening on the campuses is starting to break through as a real threat to what used to be called normal Americans.  Who Is Policing Whom?

Shortly after reading Noonan’s article I received a telephone call from my friend Warren B. Smith. He read me an article by Laura Turner titled “Jesus Calling and the policing of theology.”[3] Say that again? The “policing of theology”? Warren has been an outspoken critic of Sarah Young’s book Jesus Calling and has publishing a book and booklet tracts about his concerns. Turner’s article specifically named him and Tim Challies, another critic of Sarah Young.
After I told Warren about Noonan’s column concerning censorship and free speech we each decided these articles needed a response.Here is Warren Smith’s take the Laura Turner article, recently published as 10 Scriptural Reasons Why Jesus Calling is a Dangerous Book:On November 12, 2015, Religion News Service posted an article titled “Jesus Calling and the Policing of Theology.” It was a quick response to an article that reformed pastor and popular blogger Tim Challies had posted just the day before.[5]
The author of the RNS article, Laura Turner (a regular contributor for Christianity Today’s “Her.meneutics” blog), used her superficial criticism of Sarah Young’s best-selling book, Jesus Calling, as a smokescreen to actually express her disapproval of people who were issuing serious warnings about Young’s book. In a strange stab at free speech, Turner stated that “theology policing is a job best left to the Holy Spirit, and then to people who we know.” But in her effort to undermine Young’s critics by redefining spiritual discernment as “theology policing,” she does the very thing she accuses others of doing. Her entire article is a thinly disguised attempt to “police” those who don’t agree with her own take on Jesus Calling.
After minimizing and marginalizing most of the issues that have been raised about Jesus Calling, Turner concludes that Young’s book is “a net positive” and “has been a tool through which many people have gotten closer to God.” 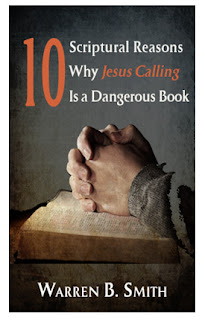 In her obvious endeavor to whitewash the many problems found in Jesus Calling, Turner is especially upset with Tim Challies. She goes out of her way to single him out and take him to task for describing Jesus Calling as a “dangerous” book. But in her rush to isolate and discredit Challies, she overlooks the fact that he is not alone in coming to that conclusion.
There are many of us who completely agree….Free and Open ExchangeIn an effort to support her position, Turner ironically links to an article that actually supports the complete freedom of expression that she attempts to discourage in her own article. The article she links to was excerpted from a book written by her “friend,” Liberty University English professor Karen Swallow Prior. Prior frames her piece with numerous and pertinent quotes from John Milton’s 1644 anti-censorship tract, Areopagitica.
She writes that “Milton argued passionately in this treatise that the best way to counteract falsehood is not by suppressing it, but by countering it with the truth.” Prior states that the crux of Milton’s argument is that “truth is stronger than falsehood; falsehood prevails through the suppression of countering ideas, but truth triumphs in a free and open exchange that allows truth to shine.”[6]
Exactly! It is in this “free and open exchange” that Laura Turner has the right to say whatever she wants about Jesus Calling, but so does everyone else—even if they don’t happen to be “people who we know” and even if what they are saying and believing is that Jesus Calling is a “dangerous” book.[4]After this introduction, Warren Smith boldly goes on to exercise his free speech. His booklet tract lists ten reasons why he thinks that Jesus Calling is indeed a “dangerous” book. Hurray for Warren! You can read the rest of his article (published into a booklet) online HERE.[7]“Dangerous”? 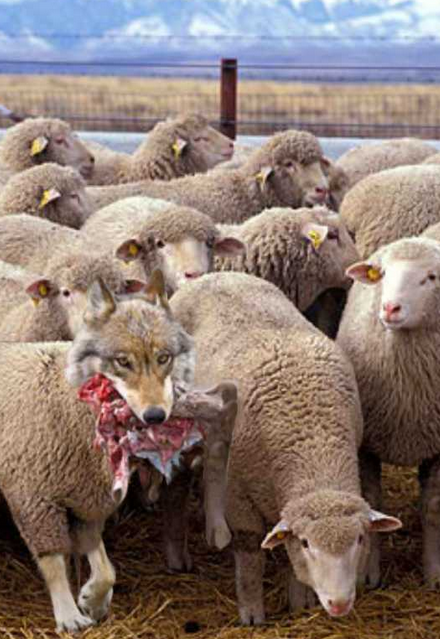 Why is it so “dangerous” to write a warning that something could be “dangerous”? Laura Turner makes a gigantic leap from exercising free speech into judging it wrongly. In her article she stated thatThere is a difference between criticizing a book and calling it “dangerous,” and I think criticism ought to be fair game. But once we call something “dangerous,” we are precluding it from offering any good, and we are saying that our interpretation–our particular slice of Christianity–is the “right” one.[8]
Turner seems to be offended that there are Christians who warn that something is dangerous. To her this means that we are claiming our interpretation “is the ‘right one.’” The implication is that Tim Challies, Warren Smith, Pastor Steve Hudgik,[9] and other critics of Jesus Calling—an extrabiblical book that audaciously purports to be the very words of Jesus speaking—are somehow imposing our religion on Turner or practicing censorship.
But we aren’t! We are merely practicing our right to free speech by publishing a warning. We care enough to inform people that we have read Jesus Calling and think it is a “dangerous” book. That’s it!Sadly, Turner’s generation can’t seem to separate out pure freedom of speech, both in writing and speaking, from all of the postmodern “hate speech” mantras about censorship. To be fair, there is a valid reason why the Laura Turner generation may hold this viewpoint.
Although the church is charged with teaching the Gospel of salvation (Matthew 28:20), there are certain leaders who over-extend this mandate to coercion. They believe all must obey their ecclesiastical/civil authority. These leaders are called Dominionists, and Laura Turner does get one thing right—most of them are men. This is their intention:There are but two sorts of dominion;—first, that which is internal and spiritual, over the faith, souls, and consciences of men’  and then that which is external, over their bodies and estates…. And two ways there are whereby supreme dominion in and about things sacred may be exercised;—one by making laws, ordinances, and institutions, religious or divine; the other by corporeal punishments and corrections of them who observe them not: and both these doth he exercise.[10]The Herescope blog has warned about the “dangerous” nature of the rapid rise of Christian Dominionism in America the past few decades.
As this movement seeks to gain power, there has been an increasing prevalence of aggressive speech that is denigrating, racist, sexist, anti-Semitic, dehumanizing, ostentatious, threatening, intimidating, bullying,… the list could go on and on. In fact, we have repeatedly warned about the rise in military warfare rhetoric coming out of Dominionist groups such as C. Peter Wagner’s New Apostolic Reformation (NAR) and Mike Bickle’s IHOP.[11] We’ve actually feared that their provocative warfare speech could turn literal, at which time it could be rightly be construed as “dangerous.” We are not saying that these Dominionists should be censored. They have the right to their free speech and to exercise their freedom of religion. But history is filled with examples of men who desire to rule and reign as “tyrants”[12] over others in the name in Jesus. It is for good reason that many fear their goals.Note: It is incorrect to assume that anyone who espouses a conservative biblical or political worldview agrees with these strident Dominionists. Unfortunately the political Left and the clueless media often mischaracterize all evangelicals as Dominionists. However, our open publication of  opposition to these leaders is proof that there some are still standing against this movement, albeit a small remnant.“The Hoax of Free Speech”?[13]
With the freedom of speech comes a corresponding responsibility, especially for those who call themselves Christian believers.  The Bible verses that pertain to the use of the tongue apply to both written communication and spoken speech. For example, to spread gossip, half-truths and lies is not a good testimony. Just do a simple word search on “tongue” and see if you aren’t convicted to be more responsible in how you conduct your freedom of speech:
And then there is newspeak. When I was a newcomer to the political process during the decade of the 1980s I was trained by some Washington media types to do “spin.”[14] (This would have been the same era when Peggy Noonan was President Reagan’s speechwriter.)  I learned how to do “spin doctoring” proficiently, including how to regurgitate pre-determined “talking points” issued by national groups with agendas. As a high profile leader who was frequently interviewed by the local, state and national press, I was expected to learn how to deflect questions by avoiding answering them directly.[15] I was taught how to select certain facts and ignore others, thus presenting forth the best possible image. I have since repented of this, and regret that learning these behaviors became so ingrained that I sometimes catch myself still doing this. Perhaps Peggy Noonan should confess this, too.

Read the rest of this article here.

Dear Liberty U Students and The Gospel Coalition: You Have Bigger Problems Than Trump
Mindfulness! Heard of It? What does it mean, and where is it showing up in Christian circles?

2 Responses to Discernment as Free Speech