Posted By Amy Spreeman on January 20, 2016 in Discernment
Share 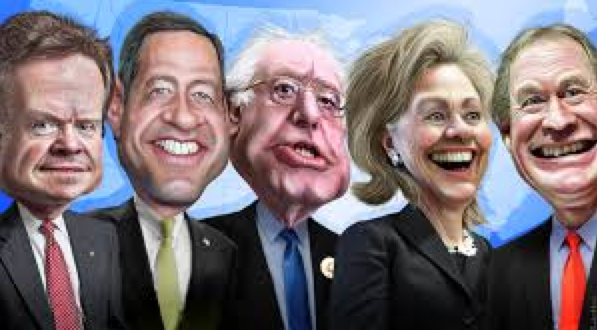 There’s a lot of evangelical hand-wringing of late, over which Christian candidate can bring our nation back into the greatness that it once was. “If we can only elect a true Christian,” is a sentiment often heard among those who see the nation sinking into darkness.

The Washington Post reports in an article, Donald Trump is running as Christianity’s savior. And it might work:

But even if Trump is not a very good Christian in the eyes of some evangelical leaders, the Times interviews with evangelical voters suggest that Trump’s personal morality may not matter much to them. Instead, Trump’s success among evangelical voters may be rooted in the fact that, more than any other GOP candidate, Trump is able to speak to their sense of being under siege. Trump somehow conveys that he understands on a gut level that both Christianity and the country at large are under siege, and what’s more, he is not constrained by politically correct niceties from saying so and proposing drastic measures to reverse this slide into chaos and godlessness.

So we see the obvious dominionism 7 Mountains Mandate folks, thinking God wants them to put one of “His guys” in the White House.  And then there are the not-so-obvious. The ones who are feeling upset and outraged over who is endorsing whom. When Sarah Palin endorsed Donald Trump last night, a unified wail of betrayal could be heard: “How could she do that!”  Because they know that Trump is Christian in name only, sharing recently that he has never repented:

3 Responses to Evangelicals looking to the wrong savior