Posted By Amy Spreeman on May 24, 2018 in Discernment
Share 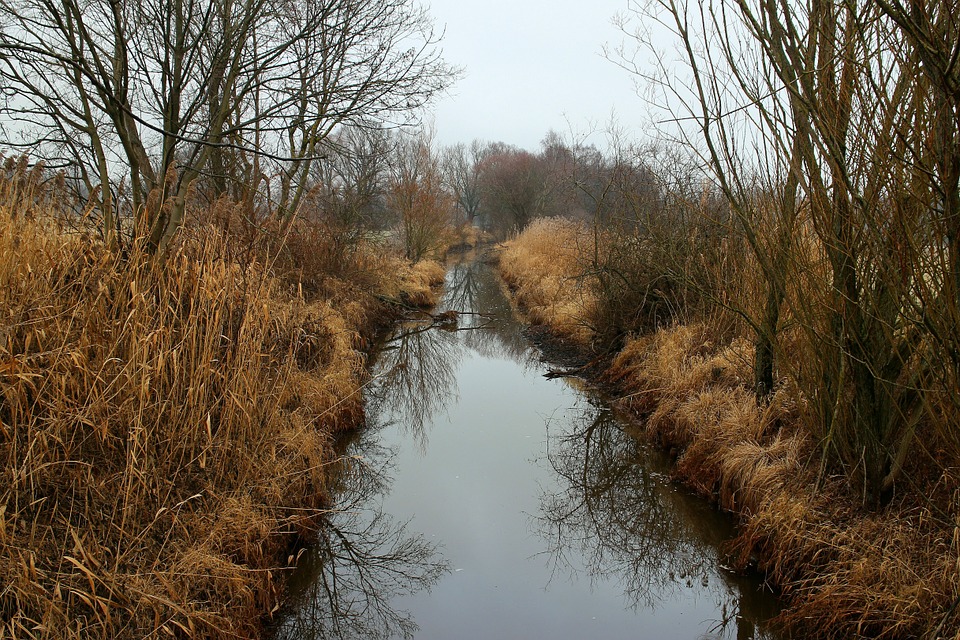 Have you ever gotten caught in a drainage ditch? I know that’s a weird question. My husband and I recently went to great lengths – great FENCE links – to keep our dogs out of the muddy ditch that runs along the far side of our farm property.

All sorts of interesting farm matter flows into the deep culvert when it rains, and the dogs love it. Drainage water looks clean, cool, and inviting. But when our pups wallow in it, they stink. They can’t discern between a fun time and the painful scrubdown they’re going to endure when I catch them. It’s no fun for either of us. But I love ’em too much to let them stink up my house.

You know where I’m going with this, right?

The Providence of Posts 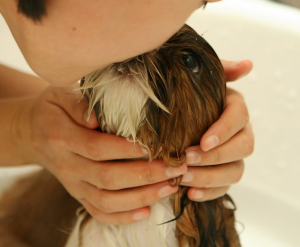 A lot of people get upset (or worse, smug), when they see their friends follow false teachers. “She shared a Joyce Meyer Tweet.”  Or, “He follows Rick Warren on Facebook.”

What a glorious opportunity God has just placed in your lap. These dear ones need your arm around their shoulders, and your wisdom in their ears.

I get that temptation you feel to want to vigorously scrub them down and free them from the dirty, smelly lies. If you’re going to contend for the faith, you can’t be rough with those you’re trying to help out of deception. You can’t mock them, gossip about them, or scold them either. They not only won’t understand your strong admonitions, they’ll willfully dig deeper into the dank muck rather than hear you out.

“Warning them with tears”

Contending with discernment is so much more than softening your tone. Anyone can do that for awhile if they try. But what’s the motive? Winning a debate? Being right? No. It’s having a broken heart for those who are deceived. The Apostle Paul reminded Christians, “for three years I did not cease night or day to admonish every one with tears.” (Acts 20:31)

Over at The Master’s Seminary blog, Reagan Rose recently wrote an article titled, “The Wretched Art of Loveless Discernment,” about the need for discerning with precision, and most of all, love. He tells us, “Jesus had a whip for false teachers but he wept for the deceived.”  Amen. I share the following not to scold anyone, but because we all need to remind ourselves why we contend. Reagan writes,

Christians are called to speak the truth (Eph 4:15). It is no surprise, therefore, that our enemy’s preferred tactic is deception (Rev 12:9). Consequently, because of this war between truth and deception, believers are called to exercise discernment—to be vigilant in dividing truth from error (Acts 17:11; Jude 3).

Tragically, the modern church often neglects this essential duty to contend for the truth. Even worse, professing Christians often scorn attempts at discernment as uncharitable and judgmental, subsequently dismissing it all together. This is one reason why those of us who practice discernment must be vigilant to not embody what the scoffers accuse us of. As we contend for right doctrine, we must take care to adorn it with right attitudes and behavior (Titus 2:10).

But isn’t that the exact opposite of what we see today among self-described discerners? For some Christians, what begins with a healthy interest in discernment can end in an unhealthy addiction to gossip and debate. Many of them manifest a cruelty in how they go about condemning error. There’s an almost giddiness when they get to call someone “false teacher” and a haughty attitude of superiority. These things ought not be so.

We must wield discernment like a surgeon’s scalpel We are called to speak the truth, yes. But we are called to speak the truth in love (Eph 4:15). That does not mean speaking less truth. But, it should be a heart check for us in how we speak the truth. How sad it would be if, in our attempts to be discerning, that ever-clever Devil twisted our love for truth into a love of gossip and contempt for others. What if he succeeded in tempting us to err in our walk even as we were seeking to reject error in our doctrine?

If we are to practice discernment in love, we must discern with precision, humility, and sorrow. Not to temper the truth, but rather that we might bolster the truth with our love that we might more honor Christ and persuade the erring.

So, when it comes to doctrinal issues, we must wield discernment like a surgeon’s scalpel, carefully incising into a teaching to separate the bad tissue of error from the healthy tissue of truth. But we must be precise in how we go about exercising discernment as well. Because we are not only dissecting the false teaching, we are also trying to persuade our brothers and sister to turn away from it. Yet many self-described watchmen treat discernment less like a scalpel and more like a broadsword, wildly mowing down believers by the herd with every careless tweet.

When we discern with precision, we don’t give credence to those who would dismiss us as wide-eyed zealots who have a bone to pick with everyone. Instead, we are being above reproach in our conduct that we might behave more like genuinely concerned Christians who have a love for truth and just want to see others know and obey God. But this is not as easy at it sounds, because it takes humility.

Among those who display an unhealthy relationship with discernment, there seems to be a proclivity towards a very specific sin: Pride.

Some romanticize the image of being watchmen on the wall, gate-keepers of truth, or the lone voice in the wilderness. They love to regale us with tales of how they confronted so-and-so on the internet. They seem more interested in being perceived as having won the argument than seeing their interlocutors or their followers come to a knowledge of the truth. To them, the deceived are morons who just need to read their Bibles. There is an unmistakable arrogance.

Discerning with humility means that when we encounter a deceived person, we ever remember “there but for the grace of God go I.” A humble discerner does not gloat. He is not quarrelsome (1 Tim 3:3). He doesn’t have an unhealthy craving for controversy (1 Tim 6:4). The humble discerner recognizes that it is the Holy Spirit who opens the eyes of the heart to the truth and his job, therefore, is to patiently and lovingly correct error. Sometimes those rebukes are sharp (Titus 1:13), but they are never prideful or unloving.

Practicing precision and humility in our discernment are the natural outflow of our love for others. But there is one more attitude that we should attend to as we practice discernment with love. Instead of beating our chests in triumph when we win an argument, we should be beating our breasts in sorrow that eternal souls are being deceived.

This is another good heart check as we practice discernment. Do you only feel anger or are you moved to sorrow as well? Do you care about the people being misled enough that it causes you to weep and pray? That sorrow and care, if real, will be evident to those whom you try to persuade away from error. Genuine concern for the truth and for the deceived will result in discernment practiced with sorrow.

By God’s help may we not retreat from the fight for truth. May we be all the more invigorated by a love for our Lord, His truth, and His people. And may this commitment be evident to all as we discern with precision, humility, and sorrow.

Related: “It’s Time to Have Words with Friends”

Why Apostles are NOT for today, Part 1
Should Christians listen to “Reckless Love”?