Posted By Amy Spreeman on April 4, 2017 in Leaving the NAR Church
Share

“They revel in false prophecies and the greedy liars who give them. They have rejected the Word and me as the giver of the loving truth to them.”

Jack’s friends are lost to a counterfeit movement that goes by many names. But by God’s Grace, Jack and his wife have found freedom in the Word of God. In this series, I want to take readers beyond the textbook What is the New Apostolic Reformation Movement explanation, into the personal experiences from those who have been there, and what happened when God opened their eyes to the truth. 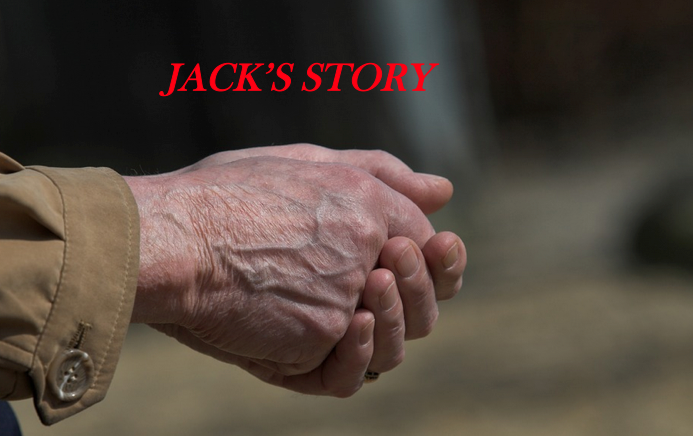 As a young boy in the early 70’s my mother, after being dumped by my playboy father, made some new friends who pulled her into a Jesus-movement, ultra charismatic “church” just outside of Charlottesville, Va.

It met in a large mansion on about 10 acres, where former drug addicts and hippies  were living and taking part in the charismatic renewal that flowed out of the post-Woodstock counter culture. Everyone was searching for a new high, and this time they latched on to the false gospel of material blessings and emotionalism, through what they believed was the Holy Spirit.

The Sunday services were typically 3 hours long and were full of dancing, false prophecies, and people shrieking gibberish and claiming that they were speaking in tongues. Some of the more spiritual men would fall to the ground with a thud, claiming to have been slain in the spirit. I remember one particular lady who constantly blubbered, allegedly in tongues, something that sounded like “kunda naya ohsee.”  Yep. That was what they passed off as a move of God. It was I think, but the God of this world rather than the God of the Bible.

My mom married an ex-homosexual drug addict from that church, who abused me brutally for years. It turns out that he was having homosexual relationships on the side, and is now dying slowly of AIDS. (On a side note, I have forgiven him and we are friends now through the blood of Jesus Christ. I think he may saved be saved.

Much of the male leadership at this so-called church, including the head pastor and a deacon, ended up being gay and ditching their families and kids for the homosexual life style. My step dad along with the head pastor, prior to being found to be covertly homosexual, went on to move us to Charlotte, NC in order to work for Jim Bakker’s PTL Club. My step father was his PR guy at PTL for a few years…right up until Mr. Bakker’s sexual scandal hit. My step dad continued to abuse me under the authority of God, and my mother quietly allowed it.

By the mercy of God, I escapd  him to my real dad as a teen. But I became an alcoholic and was destined for suicide. The Lord in his great mercy lead me to his word at 19, and I knew, despite the wickedness of these men, that Jesus Christ was real and was God. He is and was the first and the last, the beginning and the end.

This was the very first scripture I read, and God used it to breathe life into my dead, alcohol soaked soul: (Link)

I ended up making some great Christian friends in college but now they are literally all lost in the Bethel/IHOP/Antioch cults. They revel in false prophecies and the greedy but charismatic  liars who give them (Kris Vallotton is a favorite). They have rejected the word, and rejected me as a trusted friend, and the giver of the hard but loving truth.

The bottom line for two of my dearest friends was that they put domestic peace and marital harmony over their duty as leaders and protectors of their families spiritual lives. Their wives had been deeply wounded or rejected by their fathers when they were young, so, when these precious women were spiritually seduced by these movements, all the flatteries, emotional music, healing prayer (SOZO), strong and confident male leaders, their husbands simply joined in. Now they are deep; far deeper than I would have ever imagined they could be in the muck of Satan’s beautiful lies.

They thrive on the excitement of visiting prophets from Bethel who  come to their Antioch branch in Oklahoma, in order to puff them up with silly vanities (I’ve listened online) and instruct them to practice “prophesying” on the person next to them, despite 2nd Peter 1:20-21’s clear statement that prophecy can’t be practiced.

Although the context is not sexual sin, this verse always comes to my mind when I think of what they have chosen over the truth of God’s word:

“Who changed the truth of God into a lie, and worshipped and served the creature more than the Creator, who is blessed for ever. Amen.”  Romans 1:25 KJV

The problem with the NAR is that the leaders and the precious sheep, follow the creature, men, over the truth of God and His clear voice to us through the Word.   That is the problem. So few read it for themselves anymore, line by line, page by page. It’s more fun to listen to a teaching by the hot new couple Bethel is promoting, or the cool mom leading the IF gathering.

The cost to my wife and I has been very high in the temporal sense. We have lost countless friends, and have been mocked and ridiculed for believing the words of scripture over this “new move” of the spirit. It does hurt at times, but in he scriptures their is great comfort, and for me, their is no greater comfort than Philippians 3:7-14. We are to forget what is behind and reach for what is ahead…we are to press on towards the goal to win the prize for which God has called us heavenward in Christ Jesus.