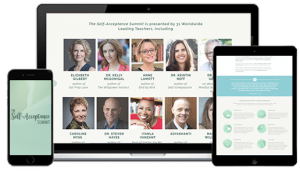 A 10-day online event promises to make you a better you. It’s called the Self-Acceptance Summit, and I’ve seen several Christians promote it.  The event is put on by a group called “Sounds True.” (Are you tempted to add the words, But Isn’t? I know I am.)

While Jesus tells us to deny self, pick up our crosses and follow Him, these spiritual leaders are doing the opposite: teaching hearers to worship self.

Sounds True is a New Age publishing business with a vision to inspire, support, and serve personal transformation and spiritual awakening, with books on Shakti Meditation, Mindfulness and other methods to waken the consciousness of your inner self.  In other words, the humanistic manifesto of the New Age. To give you an idea, Sounds True recently hosted ministry partner and New Ager Eckhart Tolle‘s Practice the Presence retreat.

See our White Paper on the New Age

Many Christians, women in particular, are ardent fans of summit speakers homosexual activist Glennon Doyle, leftist Anne Lamott, and New Ager Marianne Williamson to name a few. These women are celebrity favorites often found in the Evangelical Christian conference circuit. I hope by now you’ve grasped that this conference is anything but Christian.

Yet the temptation for many believers is to glean strength from self-affirming messages. Especially if they are funny. “S

piritual humorist” JP Sears will share a three-hour audio called “Claiming Your Personal Authority,” plus key practices for authenticity with “10 Insights for Awakened Living.” (Christians, this guy’s humor videos mock Christianity, and y’all share them like he’s on your team.)

Over the 10-day summit, you will learn how to accept ourselves just the way we are, to “tend and befriend ourselves,” and to deal with shame as a human experience.

The promo video ought to be enough for discerning Christians to instantly recognize that this is not something believers should promote or attend: 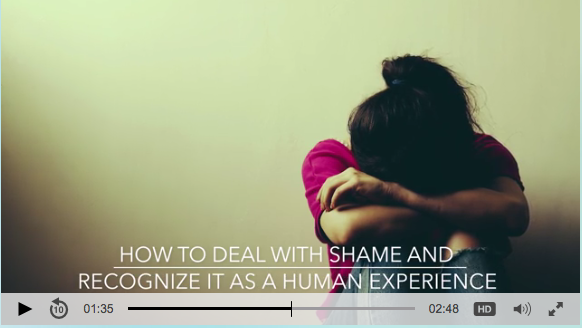