Has the American Evangelical Church abandoned God’s Word? According to Steven Kozar of Messed Up Church, God’s Word has been abandoned. In a letter he wrote, Kozar addresses this along with other issues in the visible Church, plus he shares many things he wonders about that other Christians wonder about, too. And he asks some excellent questions. Here’s one example, “Isn’t it a strange coincidence that this pastor suddenly changed his view about an important issue and adopted the exact same viewpoint of the surrounding culture?”

Now to Steve’s letter, where you will learn what he believes is the most GIGANTIC problem in the Evangelical Church: 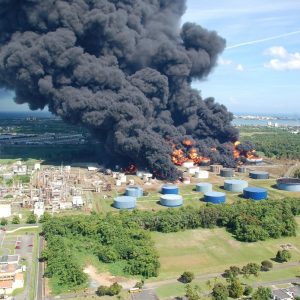 Let’s be brutally honest, you’ve got a difficult road ahead of you. You no longer live in a culture that tolerates Christian beliefs very much, you’ve got secularists and atheists breathing down your neck, and you’re loosing your sons and daughters to the surrounding pagan culture at an alarming rate. There are a lot of things that the Evangelical church is struggling with at this point in history. In the many attempts to remain effective, relevant, and frankly, to try and stay ahead of declining membership, many churches have adopted a solution that is making things even worse-they’re throwing gasoline on this raging fire.

Here at Pirate Christian Media we are constantly trying to sound a warning to the church: “You are way off course-you’re in great danger!!” is the message we often proclaim. We provide evidence and convincing proofs. On “Fighting for the Faith” Chris Rosebrough plays (and then carefully critiques) hour after hour of sermons from the biggest and most popular pastors in the world. These sermons are terrible. These pastors are using the Bible as a prop-they often don’t even read it at all. These pastors are clearly misusing God’s Word to say whatever they want to say-to get what they want to get. The proof is abundant and it’s overwhelming. If you haven’t listened to Fighting for the Faith I expect you to read the previous four sentences with great skepticism. Fine. Listen to a couple dozen episodes and come back to this when you’re done (and presumably queazy).

Having enough proof of the false-teaching is not the problem; in fact, it’s not even very hard to prove these “super-pastors” are misusing God’s Word. Anyone who simply reads their Bible can see what’s going on most of the time. So yes, there’s a Really Big Problem in the church: False-teaching is the new normal in many mega-churches. Google any list of the “Biggest Mega-Pastors in America” and you’ll notice how just about every single one of them has been exposed as a false-teacher on Fighting for the Faith (and some other good podcasts and blogs, too). All sorts of false-teaching is also the norm in many best-selling “Christian” books that are published by “Christian” publishers, and things are really bad on “Christian” television. False teaching is the new normal and it’s everywhere, but that’s not the Gigantic problem.

The Gigantic Problem is that you’re being systematically convinced that sound doctrine is the problem.

You’re being told, over and over again, that we need to skim even more lightly across the surface of Christianity and “just love and accept each other no matter what we believe; after all, isn’t that what Jesus is all about?…” Churches, pastors and Christians that refuse to take a stand on the meaning of God’s Word are not helping anyone-they’re making things worse. When they go along with this confusing idea of doctrinal ambiguity, they’re throwing gas on a dangerous fire.   Continue reading