Many churches are bringing a practice called SOZO into their ministry, at the peril of damaging the sheep and possibly shipwrecking their faith. SOZO Prayer is a technique based on psychology and used by so-called “inner healing ministries” sweeping churches today. 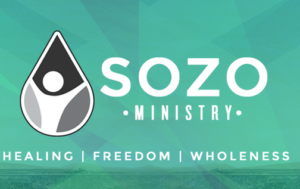 This psycho-spiritual deliverance and inner healing methodology is designed to exorcise demons from Christians. Not that a Christian can be possessed by demons, but that is one of many apostate teachings from the New Apostolic Reformation, or NAR. (See, What your church needs to know about NAR.)

This technique came out of Bethel Church, invented by NAR apostle Bill Johnson himself. The Bethel SOZO website says SOZO will heal your broken connection with the Father, Son and Holy Spirit, so that you can walk in the destiny to which you have been called and reach your potential.

During SOZO sessions, counselees receive help opening their minds to be filled with the Holy Spirit. They may be told that they have a spirit of Jezebel, or a Squid spirit, or some other creature or demon living inside of them.  Once the demons are excorcised, their spirit-filled minds are now healed, and their broken connection to God is restored.

Furthermore, SOZO counselors are taught to guide their clients (called “Sozoees”), through the “Five Doors” and “Father Ladder” concepts. The Five Doors through which demonic lies enter our brains are: Hatred, Sexual Sin, Occult (which SOZO actually is), Thievery and Fear. (More about these doors and ladders in the article, “Has SOZO given me evil spirits?”) 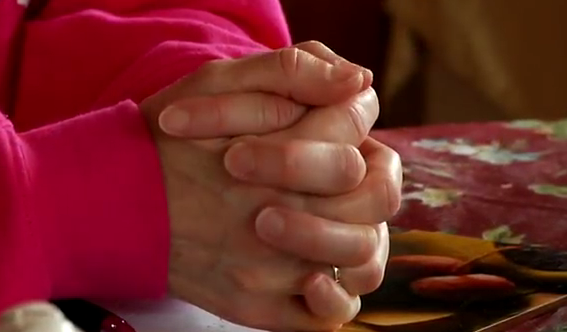 In my series of 50+ articles titled, Leaving the NAR Church, many of the testimonies included tales of SOZO happening in their churches. If you’ve experienced SOZO, I encourage you to share your story in the comments section or email it to me for a future anonymous article series to Bereanresearch@gmail.com.

Here is an eye-opening article from 2012 titled, Victims of Johnson’s Sozo Ministry Speak Out, and am sharinga part of it here for more information:

My daughter attended a Sozo session at Bethel eight years ago. While in that session she experienced a so called “Recovered Memory” that I had molested her from the age of three to thirteen. That was the end of our relationship and almost the end of my life. Her mother and siblings know and have testified that it is completely false, but the damage is done. None of us in our family will ever be the same.

When I found out about this I tried to contact Bill Johnson for help. Apparently, being falsely accused of a crime that can carry a life sentence (and that resulting from one of Bethels’ ministries) is not quite enough to get his attention. I could not get past the “counseling center”. When I related what had happened to them they expressed how sorry they were at my experience and actually tried to get me to set up a counseling session. Yes, a counseling session. I declined that invitation.

I contacted two attorneys with “false recovered memory” experience. Both were shocked that regressive therapy was being practiced at all. Both attorneys told me that the whole recovered memory issue died out in the 1990s when it was exposed for the hoax that it is. After a few therapists were sued for big dollars the practice stopped—until Theophostic and Sozo started it up again. Both Theophostic and Sozo therapy includes regressive therapy techniques.

I have had several conversations about this with Tom Rutherford (look up Tom Rutherford and false recovered memories). He now has a ministry to victims of false recovered memories. I asked him if he knew of others that had been accused based on Theophostic counseling. He said that he was currently dealing with 80 families across the US and Canada that had lost children due to this therapy. He went on to say that one young lady that had accused her parents of sexual abuse had just taken her own life. Without Reverend Rutherfords’ support and encouragement to me that same day my fate would have been the same as that young ladies’.

There is real danger with this therapy. My family and I are living proof.

“All she wanted was a few counseling sessions to help her cope with depression and get on with graduate school. Instead, she spent four years and tens of thousands of dollars in the bizarre world of a hypnotherapist who talked to ancient deities and convinced her she was the victim of satanic abuse. She came to believe she’d been raped as a child by her father, the leader of a satanic cult that also included her mother, brother, grandfather and a neighbor.  She thought she had served as a high priestess – sacrificing babies in secret caves throughout Southern Illinois and killing who knows how many innocent people.”  Her therapist, Geraldine A. Lamb of Kirkwood, thought so too. It was that horrific abuse that was the root of her depression, she said Lamb told her.  So the young woman cut off all ties with her family for more than a year. Lamb told her that was the only way she could hope to recover.  On Friday, St. Louis County Circuit Court Judge John Kintz sentenced Lamb to 30 months in state prison, the dramatic end of a criminal case with national significance.

By now you might be asking, so what does hypnotherapy have to do with Sozo?  Allot!, if you study and understand the steps of a Sozo session you discover that hypnotherapy is a big part of the process.  For sake of time I won’t get into it here but you can read several other of my articles which goes into the Sozo session.

Read the rest of this series here.