Posted By Marsha West on September 19, 2015 in Entertainment 5
Share

John Lanagan of My Word Like Fire has written another installment of his War Room series. His concern is that Priscilla Shirer’s movie fans will purchase her pre-War Room products and be exposed to her contemplative leanings. 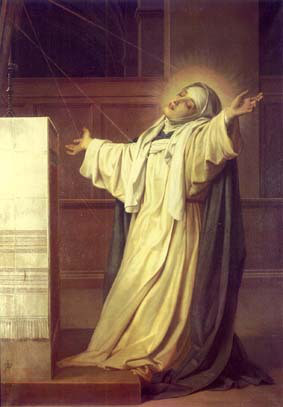 For You have abandoned Your people, the house of Jacob, Because they are filled with influences from the east, And they are soothsayers like the Philistines, And they strike bargains with the children of foreigners. (Isaiah 2:6)

“…I knew the Lord was calling me to experience Him in prayer in a brand new way.” [1] — Priscilla Shirer

Contemplative prayer, which Priscilla Shirer referred to as her “brand new way” some years ago, is in reality an ancient way. It is essentially the same as New Age or Eastern meditation, but disguised with “Christianese” terminology. Those who participate and enter the silence, as it is called, open themselves to great deception.

Now, because of the success of the War Room movie, Shirer is going to have many fans flocking to her website, and purchasing her products. Those who buy Shirer’s book, Discerning the Voice of God: How to Recognize When God Speaks, will discover Shirer’s affinity for contemplative prayer.

Contemplative prayer is a primary factor to consider as we watch the visible church depart from sound doctrine. It is foundational to the International House of Prayer (Mike Bickle) and Bethel Church of Redding, California (Bill and Beni Johnson).

How was Shirer introduced to this practice?

She writes, “…a friend sent me a book on silent prayer. The book explains how purposeful periods of silent prayer can help believers hear God’s voice. I was very drawn to the spiritual journey of the author, and I read the book twice. As my heart burned within me, I knew that the Lord was calling me to experience Him in prayer in a brand new way.” [2]

Thus fascinated with this newly discovered concept, Shirer then read a Bible verse which she perceived as a Word from the Lord: As you enter the house of God, keep your ears open and your mouth shut. (Ecclesiastes 5:1, NLT)

“It confirmed the message of the book I had been so drawn to and what I sensed the Holy Spirit was leading me to do.” [3]

She was further amazed to learn that some of the women from her church were going to participate in a “silent prayer retreat. Women would gather to spend 36 hours of silence in anticipation of hearing the voice of God.” [4]

She had read about this in the book on silent prayer, but now here were people actually talking about the same thing. Shirer seems to have taken all this as part of God’s plan.

Priscilla Shirer apparently found the contemplative experience to be powerful and alluring. And then, the most significant of these “coincidences” happened. Fox Network reached out to her. According to Priscilla, “They were creating a program on contemplative prayer called ‘Be Still.’ They asked me to be a part of this project that was designed to help Americans see the importance of spending time before God in stillness. I knew immediately that God wanted me to be a part of the project.” [5]

And so she was, along with Beth Moore. The Be Still video was released in 2006. Nine years later, Priscilla Shirer still has an explanation on her website as to why she chose to be on the DVD.  Continue reading

5 Responses to War Room’s Priscilla Shirer’s Contemplative History, and Why It Matters