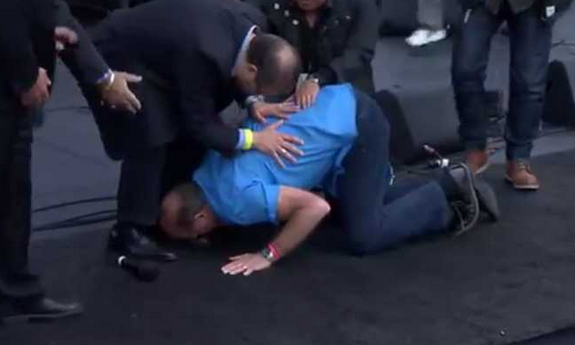 Betrayed with a kiss: Azusa Now’s One World Religion

A kiss is just a kiss? Not when it betrays the Lord Jesus Christ.  It’s been six weeks since I posted: Azusa Redux: Lou Engle, Greg Laurie uniting denominations?

That’s a question that was resoundingly affirmed by Lou Engle in the sound of one sloppy wet kiss.  The NAR-affiliated false teacher Lou Engle, founder of the “Azusa Now: The Call”  exchanged foot kisses with a Roman Catholic leader live on stage in front of a cheering audience of 100,000+ packed into the LA Coliseum this past weekend.  (See video at 6 hours and 55 in:)

4 Responses to Betrayed with a kiss: Azusa Now’s One World Religion