Posted By Amy Spreeman on October 3, 2016 in Discernment
Share

It seems every other day we get a request to recommend “good” teachers. The request is either genuine: (“Can you help me find some solid pastors to listen to?”), or made with a generous side of snark: (“Oh yeah? You’re so busy bashing everyone, why don’t you recommend who you think is a good teacher for a change?”)

This is a good time to remind our readers why we are here and why we expose false teachings and name names. Because while we’d love to give you a long list of “safe” teachers, that would not be serving our audience well at all. 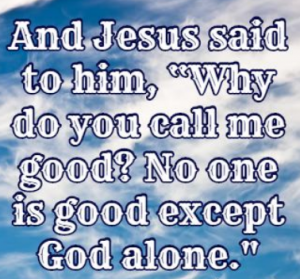 Let’s first tackle what we don’t do:

Our work here is not to provide you with that list. We’re also not here to help you compare good teachers with bad teachers.  You should be comparing ALL teachers to God’s Word. His holy-breathed-out Scripture is the standard.  The Bereans in Acts 17:11 knew this, and Paul gushed with joy at their willingness to compare what he was saying to the prophecies. One more thing: We’re not here to “bash” leaders.  If it seems that way to you, then you are probably not used to having your favorite celebrity pastor’s teachings and actions held up to the light of Christ.

So why in the world are we here?

We exist to help Christians discern and equip themselves to keep themselves and their brothers and sisters from falling into deception. Our focus here at Berean Research has always been to give you the tools on our website to help you study these movements, and to encourage you to compare every teaching to scripture. We call these tools “White Papers,” which is another name for research papers. These contain easy-to-digest bullet points about what a movement or teaching entails, who the leaders are and how to compare counterfeits to the real Word of God. You can find a list of our White Papers on the right-hand side of our site, and we encourage you to share them with your church and your loved ones.

Our articles are meant to establish a pattern. If a teacher has been “off” in his or her doctrine, there’s a good chance it’s been happening for some time. You can use the search bar to type in a leader’s name to see if there is a pattern of red flags for further investigation and prayer.

Unfortunately these are dicey times for the visible Church, and we must warn you of the wolves in these treacherous times. As my dear friend Mary Danielsen recently shared, “this ain’t no time to be shallow:”

Christians need to know who these very influential high profile men are. And 100 more wolves. They need to know who not to read/follow. No one can find a solid church for another person, I know what I’m talking about. When I became a church assistant 20 years ago I could have recommended a solid church for those seeking in most markets. Two decades later I got nothing — except my own experience in my home church. One never knows when or if a church will go south doctrinally. No one has eyes and ears in each church and it’s high time sheep take responsibility for knowing who is who and how to recognize good teaching. Such a list of good teachers is now an impossibility. In these times, not only do wolves NEVER repent of their folly, but once solid churches often succumb to apostasy. It’s worse than you think out there and the only way to vet a church is attend and have a well-tuned radar and a deep and wide understanding of the Word. If you do not you are open to deception. This ain’t no time to be shallow.

So back to that list of “good” teachers. There are folks whose ministries do an excellent job of recommending people. Even though this is not our scope at Berean Research, I am happy to point you to writers like Michelle Lesley, who shares her recommendations for solid men and women of God HERE.

Finding solid teachers is your job, Christian. And we hope that it starts with the man behind your own pulpit. That’s whom you should be listening to. If your pastor isn’t serving up the meat of Scripture with a healthy portion of both Law and Grace in his Gospel sermons, then by all means seek out solid pastors for your listening and viewing nourishment. But please, Bereans, make an effort to seek the Bible to see if these things are truly solid. Many sites like ours have already done some of the heavy lifting for you. Now it’s time to exercise those Berean legs of yours and start discerning truth from counterfeit.  We’re here if you need help!

44 Responses to Why don’t you recommend GOOD teachers for a change?