Posted By Amy Spreeman on July 12, 2017 in Progressive Christianity
Share 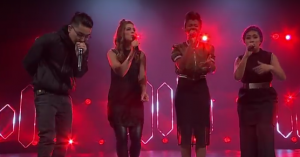 On Aug. 10-11, 2017, hundreds of church host sites in North America along with telecast centers in over 100 nations world-wide will tune in to the 2017 Global Leadership Summit, hosted by founder Bill Hybels of Willow Creek church in greater Chicago.  That means a wide swath of pastoral and church leadership will hear how to lead their churches through f worldly, non-Christian leadership authors, social justice organizations, and corporate gurus from Facebook and Google. When we call these leaders non-Christian, let’s be honest and call them “enemies of the Gospel,” which God’s Word says they are. (Luke 11:23 and James 4:4)

Hybels claims to have trained millions of leaders worldwide. Hybels even says in his Willow Creek Association (WCA) video that the Summit is “unapologetically Christ-centered.” But is it really? When the Gospel is never presented to these worldly leaders?

For pastors by pastors? Not anymore.

Interestingly, the Summit started out two decades ago featuring a full lineup of pastoral leaders, with a few corporate leaders sprinkled in. But over the years we’ve seen that ratio flip on its head. A true shift. Besides Bill Hybels, there is only two this year in the speaker’s lineup influencing other pastors and church leaders: The first is prosperity preacher in Nigeria named Sam Adeyemi:

The Lord spoke to me clearly one morning that He was going to take me to the next level of ministry to teach Biblical success principles. He said I would not be able to do the things He wanted me to do in my former pastorate, because He was asking me to teach success on radio, television, tapes, publications and seminars. In addition, I was to establish a church that would help people discover and release their potentials. I got the vision for Success Power International and Daystar Christian Centre on the same day.  Source

The second is Andy Stanley, who has show deeply concerning signs of his departure from biblical Christianity in the past several years. Read more about Andy Stanley here.  (Last year’s two pastoral guest speakers included Bishop T.D. Jakes, known for being a “ONENESS” or Modalist, which denies the Trinity; for teaching a name-it-and-claim-it prosperity gospel called Word of Faith; for coming out in favor of LGBTQ-supporting churches.

The Summit audience has always been primarily made up of Christian pastors, elders, mega-volunteers and church staffers, all learning year after year what it will take this time to finally be a better, more functional team.

That’s a very different objective from how the Summit began, as an extension of its Willow Creek Association’s leadership offerings. (Click to see if your church is a member, but note that your church may sponsor the Summit without paying the WCA membership fees, so ask your leaders.)

In 1992, the Willow Creek Association was created as a way to link together churches for the purpose of “Reaching increasing numbers of lost people.” The WCA develops training and leadership conferences – with the Global leadership Summit as its premiere – for its member churches.

Today’s mission takes the focus off of Christ and on our own vision for a better life and a better world:

Additionally, Bill Hybels has repeatedly stated that the well-led (WCA-influenced) “local church is the Hope of the World,” as opposed to the real Hope of the world who is Christ crucified – our Risen Savior.

Click Here or on the image to see the full speaker lineup:

Yet Another One –An Undiscerning Believer– Is Being Deceived!
Getting wasted with the Holy Spirit at Bethel Redding

31 Responses to Global Leadership 2017 doubles down on carnality