Posted By Amy Spreeman on October 5, 2016 in Women and the Church
Share

There are few false theologians out there who can send me over the edge of professionalism into sin; that place of anger where we have those conversations in our heads that do not glorify God. Regretfully, I found myself in that place the other day when I came across the absurd (and dangerous) rantings of “Christian” feminist and advocate for sin, Jory Micah.  She writes about her hatred of authority and of men. Her Twitter feed is packed with rancid rants against anyone who gently challenges her theology.

God’s called, El Shaddai, which means, many breasted one. God is also a mother – She births life and nurtures life. https://t.co/iWcXnrAkgU

Though I didn’t engage with her, the temptation to do so was huge. I am thankful for repentance and Grace. (Boy, do I need it! Pray for me saints, that I pursue holiness in this matter.) It helps to pray for Jory, because the reality is she will need to face Jesus – not the one of her making, but the biblical One who died for her sins – and mine.
I won’t comment further, but will share a snippet of Brandon Hines’ piece about this matter:

The False Doctrine of Jory Micah 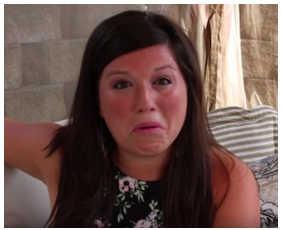 Jory Micah is a feminist “theologian” who has risen to promote egalitarianism and women in leadership. Many times, Micah reads the Bible in light of her feminism and not the other way around. Such a reading of Scripture will not only lead to numerous heterodoxies but will cause someone to believe and teach heresy. This has happened many times with her theology.

A dissection of her Master’s Thesis will show a few troubling doctrines. Besides a poor handling of God’s Word and a few points that rely solely on creating confusion about the text of Scripture, one thing that stood out was in her introduction, when she said, “While Jesus walked the earth as a male, there is no biblical evidence that Jesus’ glorified body is still male in Heaven.” Either she is claiming that Jesus is a transgender or she is claiming that Jesus no longer has a human nature, the Eutychian heresy. Either way, that statement is a Christ-related (Christological) heresy.  READ THE REST HERE.

Emergent Catalyst Conference spreads a wider web
Band-Aids vs. Chemotherapy: Why Suffering Women are Drawn to False Doctrine and 7 Things We Can do to Help

6 Responses to Why Jory Micah pushes our buttons