Posted By Marsha West on January 13, 2016 in Discernment
Share 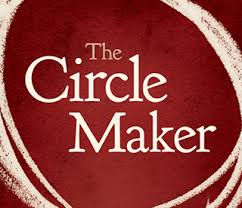 We are posting the letter in the hope that Anne Graham Lotz will re-consider promoting a “new way of praying” she came across in The Circle Maker. What she’s passing off as prayer is decidedly unbiblical. Promoting an cccult book indicates an absence of spiritual discernment.

Recently Anne posted this on her blog:

As I look ahead into 2016, I feel compelled to draw a circle around this city, this state, this nation” and pray! Until God answers. Do the same. Please. On this first day of the New Year, draw your own circle. Then pray for everything that’s inside of it.  (Source)

What follows is a prayer she wrote that she encourages people to pray. The prayer is disappointing, as it is more like a political statement than a prayer.  Many Christians would have trouble parroting that prayer.

But the prayer she wrote is not the point.  The point is that Anne Graham Lotz has failed to test the spirits.  And as result she is dabbling in the world of the occult.  Worse, she invites other Christians to join her!  Which brings me to the letter…

I have always regarded you as a very spiritual woman, but when I read that you had bought into the heresy found in the book The Circle Maker, I thought to myself, how could she be so deceived?

The Bible says in 1 John 4: “Beloved, believe not every spirit, but try the spirits, whether they are of God, because many false prophets are come into the world.”

If you were to type into a search engine  “The Circle Maker” you would find what I, a layman, found out about this book and this “new way” of praying.

And in 2 Peter 2 : 1, “But there were false prophets also among the people, even as there shall be false teachers among you, who privily shall bring in damnable heresies, even denying the Lord that bought them, and bring upon themselves swift destruction.”

In Ephesians 4: 14, the Word says, “That we henceforth be no more children, tossed to and fro, and carried about with every wind and doctrine, by the sleight of men, and cunning craftiness, whereby they lie in wait to deceive.”

And in Colossians 2: 8, the Word says, “Beware lest any man spoil you, through philosophy and vain deceit, after the tradition of men, after the rudiments of the world, and not after Christ.”

You have been given much Anne; thus your accountability before Jesus is far greater than the hundreds, probably thousands, who are going to read what you said about “The Circle Maker” and say to themselves, well, if Anne Graham Lotz believes and endorses and practices what the circle maker says, then it must be okay. BUT IT ISN’T. Thus, you have now become a stumbling block and not a stepping stone to all who will follow your lead.

The men I have been praying with every Tuesday evening for years will be praying for you, Anne—that you will recant your position and ask Jesus to rectify this wrong.

Read our White Paper on Occult-sorcery