Posted By Marsha West on September 12, 2015 in Entertainment
Share

John Lanagan has written a second piece on the hit film War Room.  In his  first piece he informed us that the film’s star, Priscilla Shirer, is into highly unorthodox teaching, which the three Kendrick brothers were unaware of or they wouldn’t have chosen her to star in the movie.  Now we learn that writer/producer/director/actor Alex Kendrick participated in a film that promotes magic, even though the Bible clearly teaches that God’s people are not to dabble in sorcery. 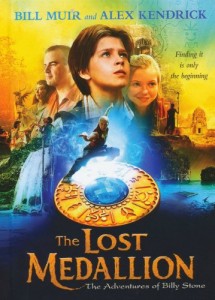 I have really appreciated the movies from the Kendrick brothers. I do think War Room as a movie per se will encourage many to renew their prayer lives, or to take prayer more seriously.

Unfortunately, the movie will also increase the influence of author and Bible teacher Priscilla Shirer, who stars in War Room. She did a great job in the movie.

The concern is that Shirer is a contemplative, meaning she engages in the “Christianese” version of what is essentially New Age or Eastern meditation. This will be covered here on MWLF in an upcoming article.

Shirer writes, “If I’m reading and meditating on a Bible story, I will become the main character so that it’s not merely someone else’s experience with God, but my own.” [1] (bold mine) You can read more about this outrageous practice here.

So, why did the Kendricks pick Shirer for the part? Do these brothers, who put out these uplifting movies, lack discernment? Is it simply a matter being uninformed about the dangers of contemplative prayer? The contemplatives do a wonderful job of disguising contemplative prayer when they promote or discuss it.

Yet, because Shirer and Beth Moore are in the movie, I am worried about the Kendricks, and wondering about the next movie they will produce. Several years ago I watched in disbelief as Alex Kendrick briefly promoted a movie which seemed to involve a magic medallion.  Continue reading

Why I do not recommended Kendrick Brothers’ new movie, “War Room” By Elizabeth Prata