Posted By Amy Spreeman on July 6, 2015 in Entertainment
Share 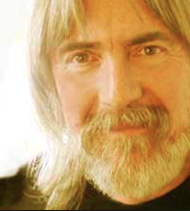 How does one believe in the Gospel without believing that Scripture is 100 percent truth? That it is our sufficient authority, and God’s own inerrant, infallible, breathed-out Word? How do you easily convince thousands of fans that those Christians who believe such things are somehow idol worshipers?    Talk about a heart-breaker. An extremely influential Christian celebrity has not only departed from Christian doctrine, he is arrogantly throwing other Christians under the bus for believing (gasp) that the Bible is true.

Two-time Dove Award winner Don 30 Francisco is a singer/songwriter best known for songs like He’s Alive, Adam, Adam Where are You” and I’ll Never Let Go of Your Hand. Surprisingly, Francisco is now scolding Christians who believe that the Bible is without error. In fact if you believe in the infallibility of Scripture, you are “dead,” and need to stop drinking the Kool-Aid, Don says. He posted this message on his Facebook page:

I love the Scriptures. Anyone who’s heard my songs knows that, and I shouldn’t even have to say it. God speaks to me through them constantly. The Bible is the most wonderful book in the world. Those who have given their lives to preserve it and translate it didn’t die in vain, for without them we wouldn’t know that God came to Earth and lived as one of us, died on the Cross to show us His love and forgiveness, and rose from the dead to take away all our fears. And those are just the main points….

My problems begin with those who would try to make this book into a god. There is only one Foundation, Jesus Christ, and anyone who attempts to build on another one will be using an unstable and deadly cornerstone. I understand those of you who have ‘drunk the Kool-Aid’ (believed in the inerrancy/infallibility thing because you’ve been taught to believe it– I used to be one of you), but it’s time to arise from among the dead and believe the Gospel. For those of you who intentionally use this doctrine to control others, may God have mercy on your soul! May you soon travel the Damascus Road as Paul did. source

I think the mercy needed here is for Don and his adoring fans agreeing with him, rather than those who cling to the truth of God’s breathed-out Word. Breaking news: the Bible judges us, not vice versa. Where did this arrogance come from?  Why are thousands so readily thanking him and agreeing with him? Why did I get blocked from his Facebook page, and my comments deleted? What could possibly have influenced him in this dreadful direction? 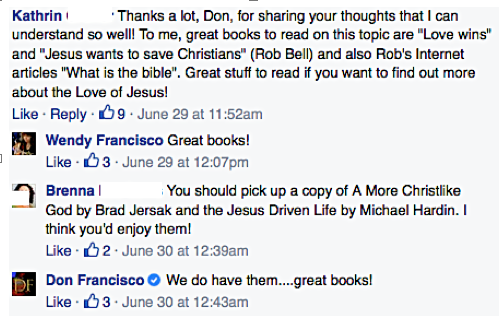 Sadly, it appears that Rob Bell has influenced Don and Wendy, even in denying the Doctrine of Hell: 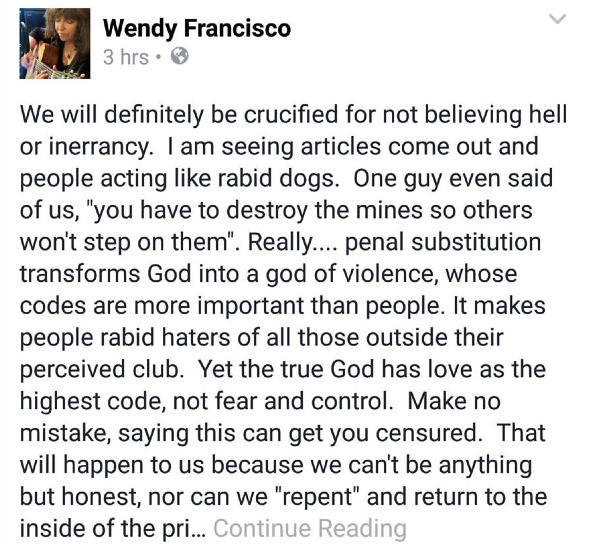 Sounds a lot like what Brian McLaren has said. Final question: Do women of God speak like this? Are we not to judge the fruits of those who call themselves “Christian?” Please continue to pray for this couple that they and their many followers would turn to the truth and away from worldliness and unholy language: 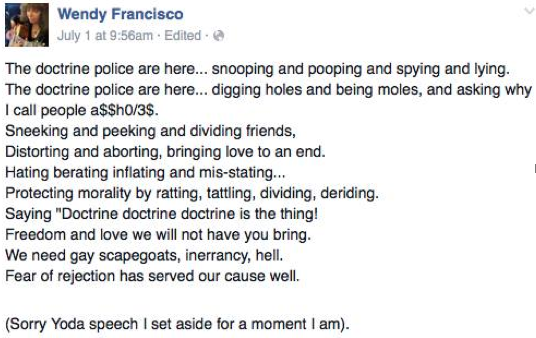 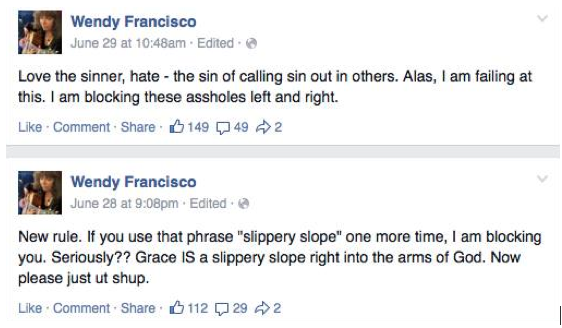